YouPromisedToMarryMe: Why Wasn't This Guy Arrested?

By Victorkd (self media writer) | 7 months ago 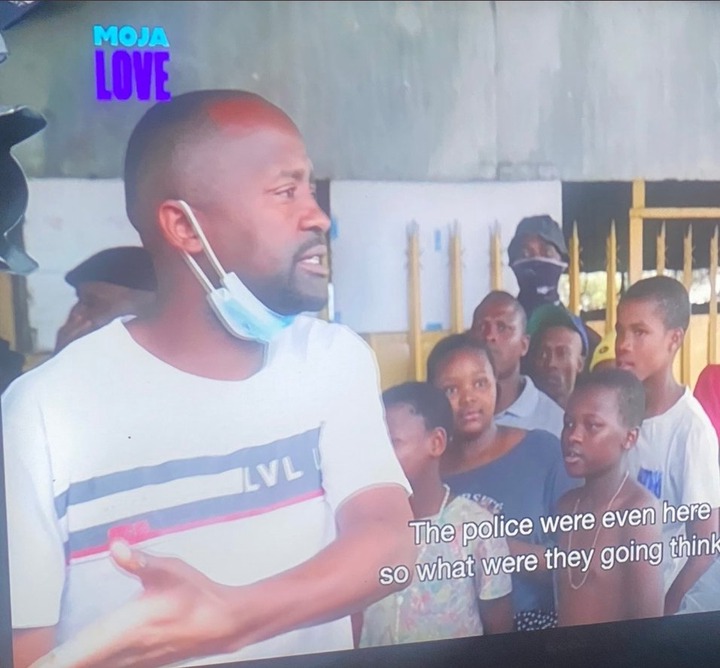 ‘You Promised to Marry Me’ is a South African reality show about people who want to get married to those who have long promised to marry them. It is hosted by SA seasoned presenter, Moshe Ndiki’s. His presenting skills on the show has received praises from a number of viewers. 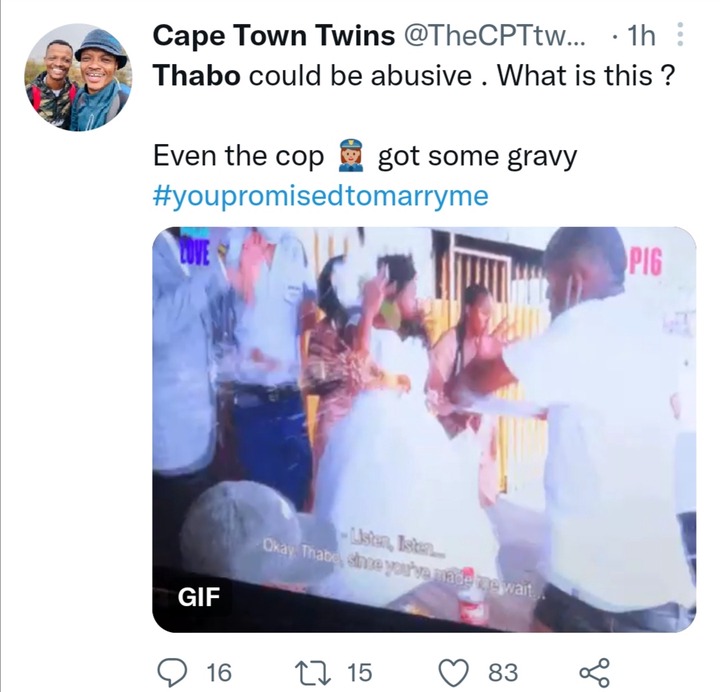 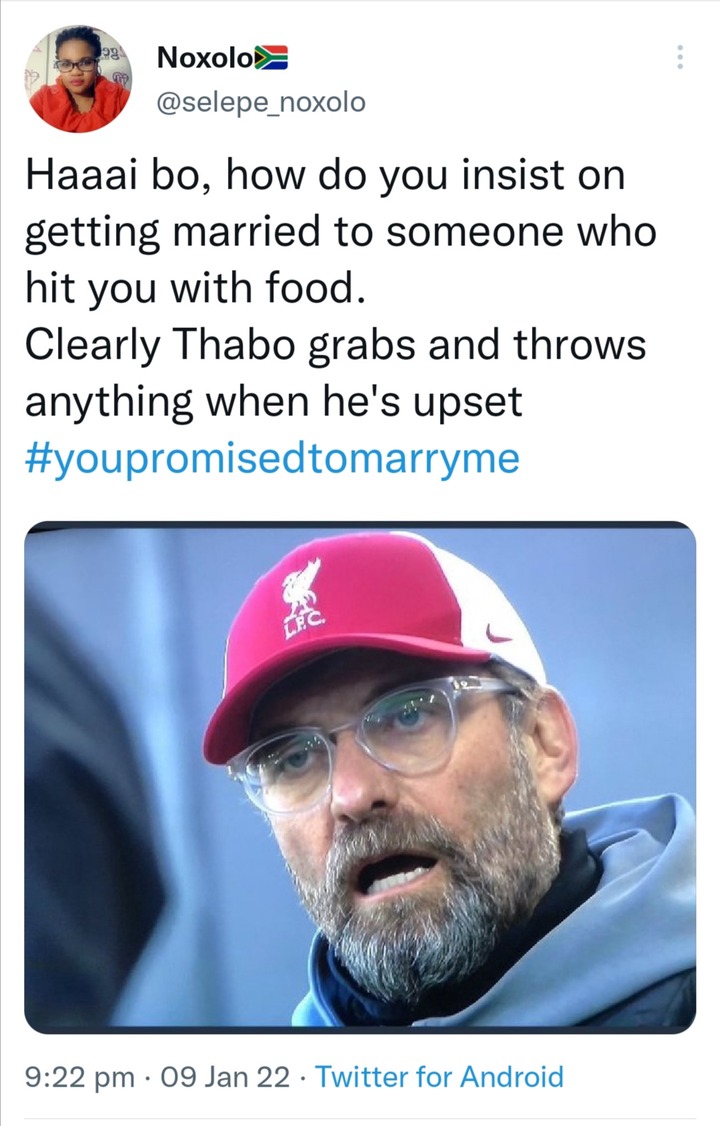 On tonight's episode, a lady said her boyfriend had previously engaged her, and she later took off the ring because there was just no progress. As usual, she was dressed in a beautiful white wedding gown, and also had her make up done. 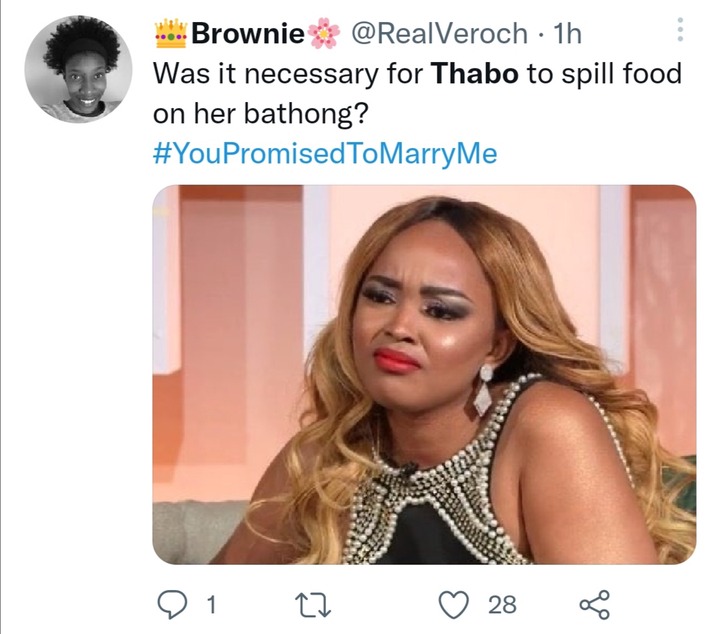 When they finally got to the guy called Thabo. He didn't want to hear them out at first. To a point where he even poured his food to his girlfriend's wedding gown, in an aggressive manner. What surprised viewers is the fact that the lady still wanted to get married to this guy. For him to do that in public, it just shows that he can throw anything at her when he is angry. At the end he agreed to marrying her, and they kissed and made up. 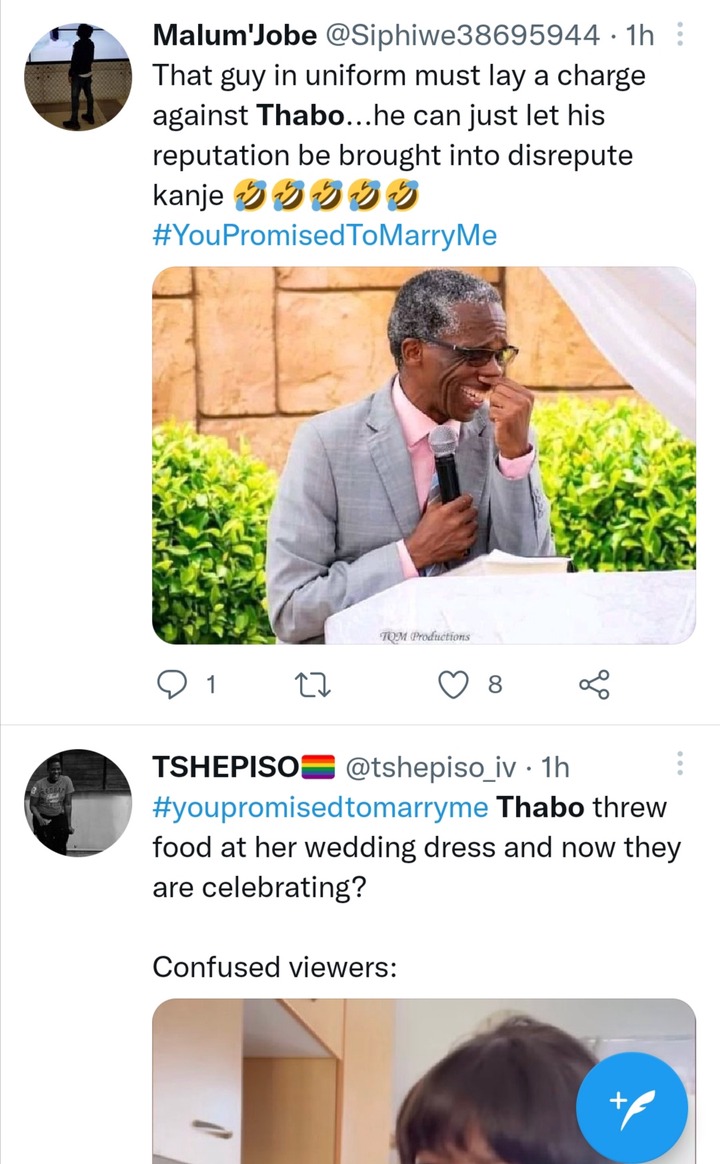 The police man who just stood there surprised viewers, because the plate that was thrown to the lady went to him too. They are wondering if there isn't any law that allows him to arrest Thabo. 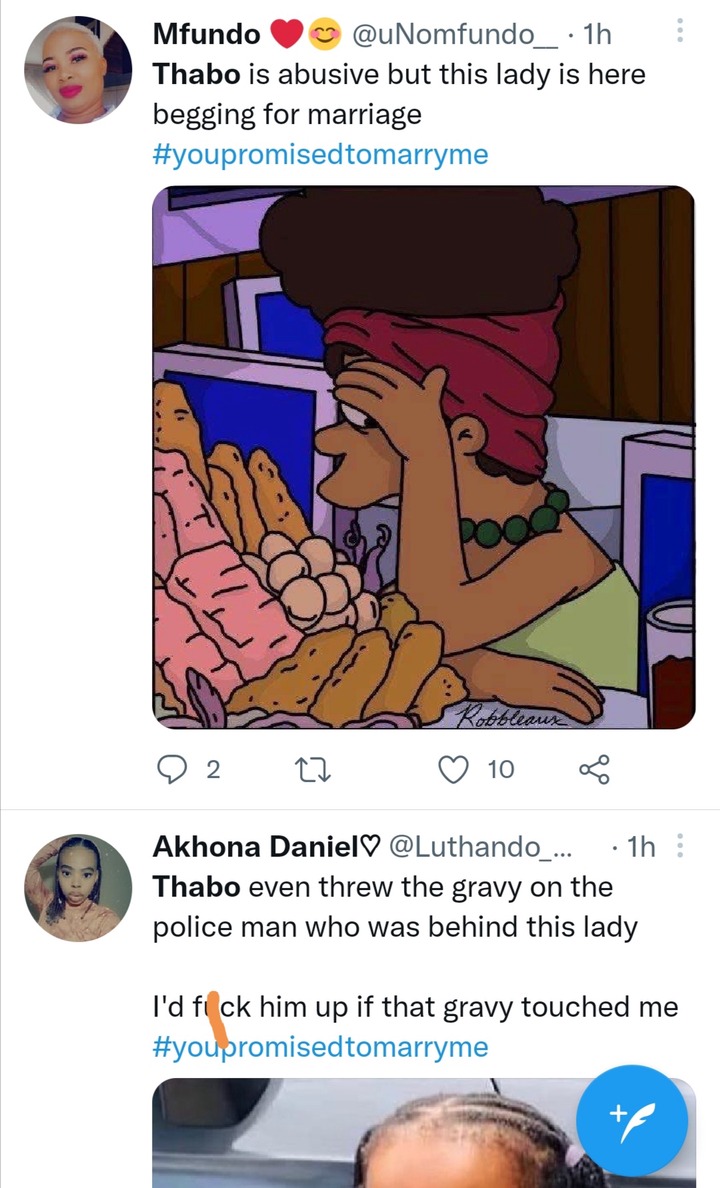