When it comes to men giving their partners money there are always excuses, they will think about all the excuses to avoid giving their partner their girlfriend's ance as they call it this day. When the month comes the first sign you notice from a man that he doesn't want to give you money he will switch his phone off or even try all these tricks in the book to avoid you at all costs, and when he comes available he will have already thought of million excuses as to why he didn't send you money, some men prefer going out and having fun with friends than take the money and put it to good use. Come payday instead of sending money you hear someone saying the ATMs are offline only because they are running away from their responsibilities.

They say men would rather spend money with their friends than to give their girlfriend or wife money, And this was proven after pictures of different ATMs were posted with the caption GUYS, PLEASE KEEP THIS PICTURES SAFE THEY WILL HELP YOU MONTH END. WE ARE TOGETHER IN THIS! Men were exposed as this is what they probably do every month instead of sending money they send this screenshot saying they can't send the money as banks are offline To show that they liked what was posted here they even thanked him, but some were disappointed as they say the person who posted this exposed them as they won't believe anymore. He shouldn't have posted those pics on social media, while the other one even requested that they send them the one for standard bank. Men are unpredictable they will always find a way to make sure they don't share their money with anyone, who would have thought that someone would do something like this? And if you think they will give it to you later think again because they might come up with the same excuse or tell you they used the money and they might end up giving you the money the following month. 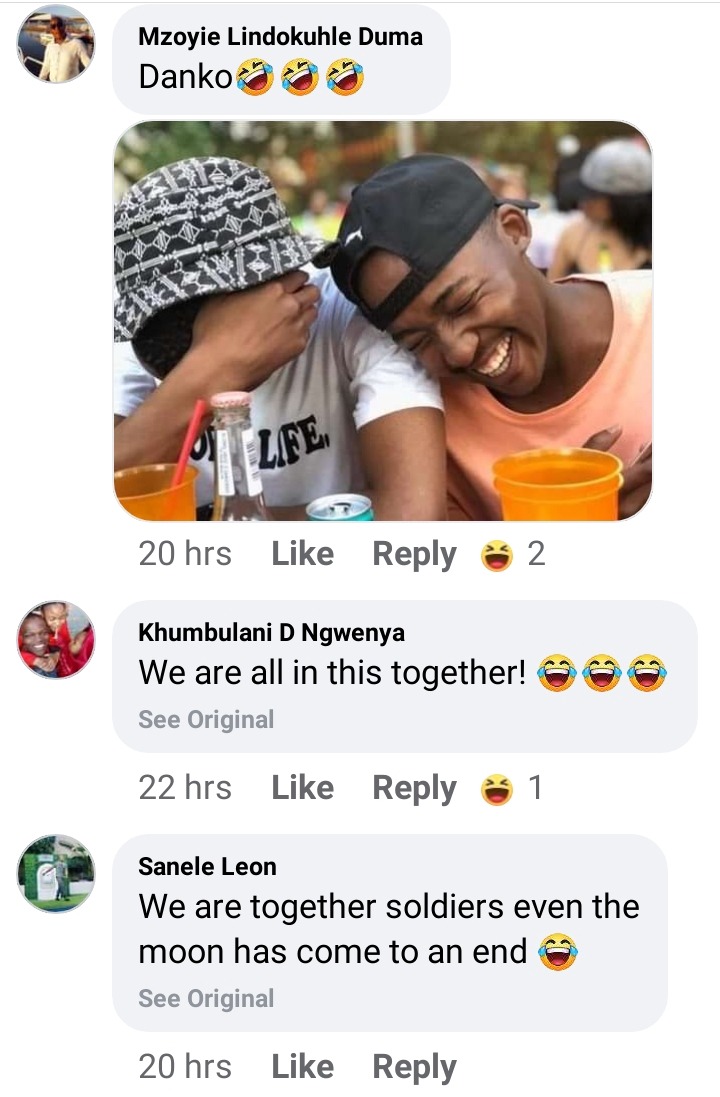 Women must just prepare themselves, the worst is yet to come as you can see that some men didn't know about this but now they know. If he was giving you money there's a possibility that he might stop let's hope it doesn't there. But at least now you know, when he does please tell him to send you the full screenshot together with the time and date. Don't let this men play you.

Striker that can help Dolly and Billiat at Kaizer Chiefs