A Young, Beautiful Lady Allegedly Marries a Grandfather — Could This Be Love Or Money

A picture currently circulating the social media is generating heated arguments as people are commenting mixed feelings regarding the pictures. It is alleged that a young girl who is below 30 just got married to a grandfather who is almost an octogenarian. People are commenting different things about the pictures. While some people believe that the girl may have been spurred or moved by love to accept marrying the grandfather, others believe that she is simply after the white man's money, or she is probably looking for a way to secure the bag. In fact, a lady who commented on the picture on Twitter said, “At the way daily living requires money, I don't blame her, she must be really having it bad”. Whenever such marriages occur, it is always a subject of scrutiny and public debate. People conclude that it must either be because of money, a better life, securing the bag or will and getting the green card in terms of immigrants. These are mostly what people think push younger people into marrying people who are old enough to be their grandparents, males, and females inclusive. 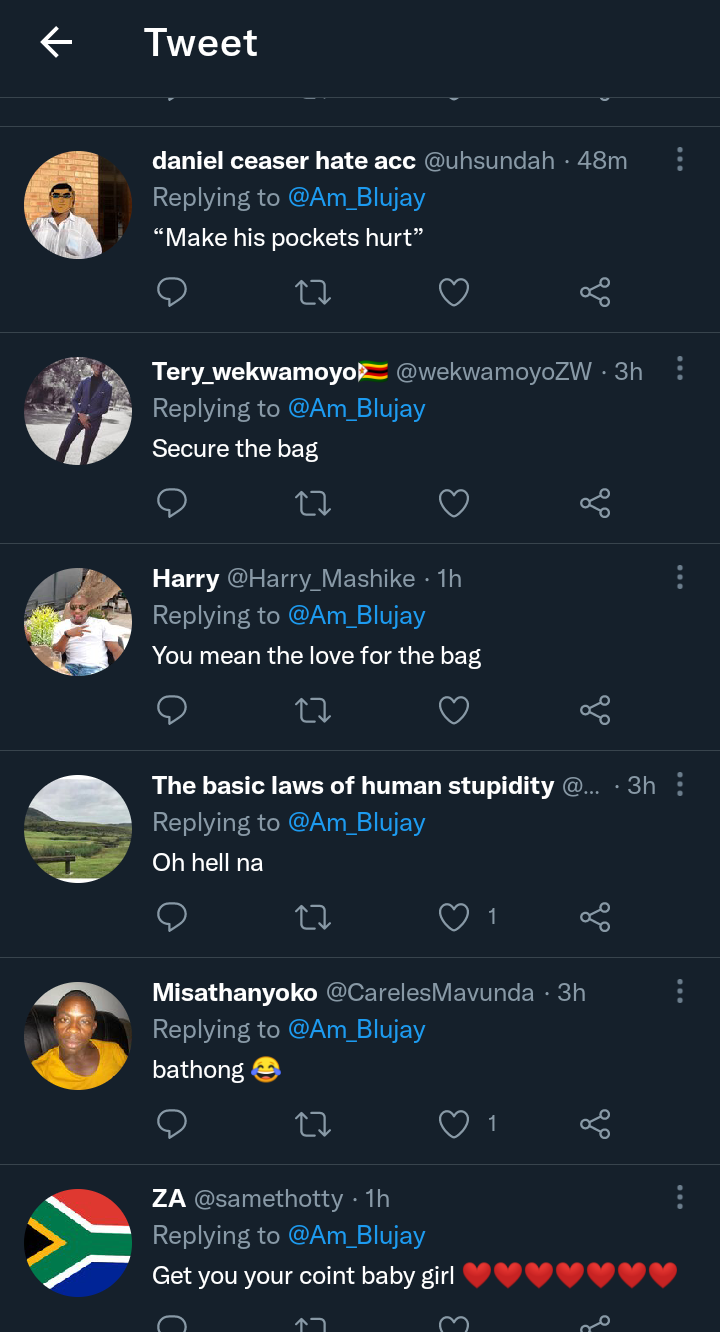 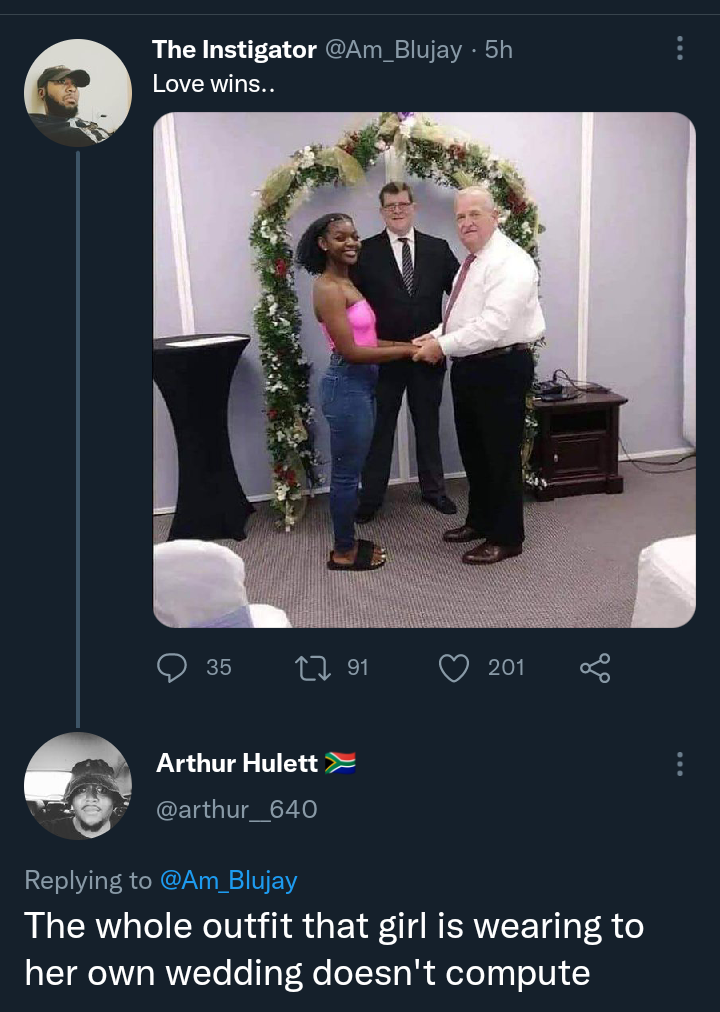 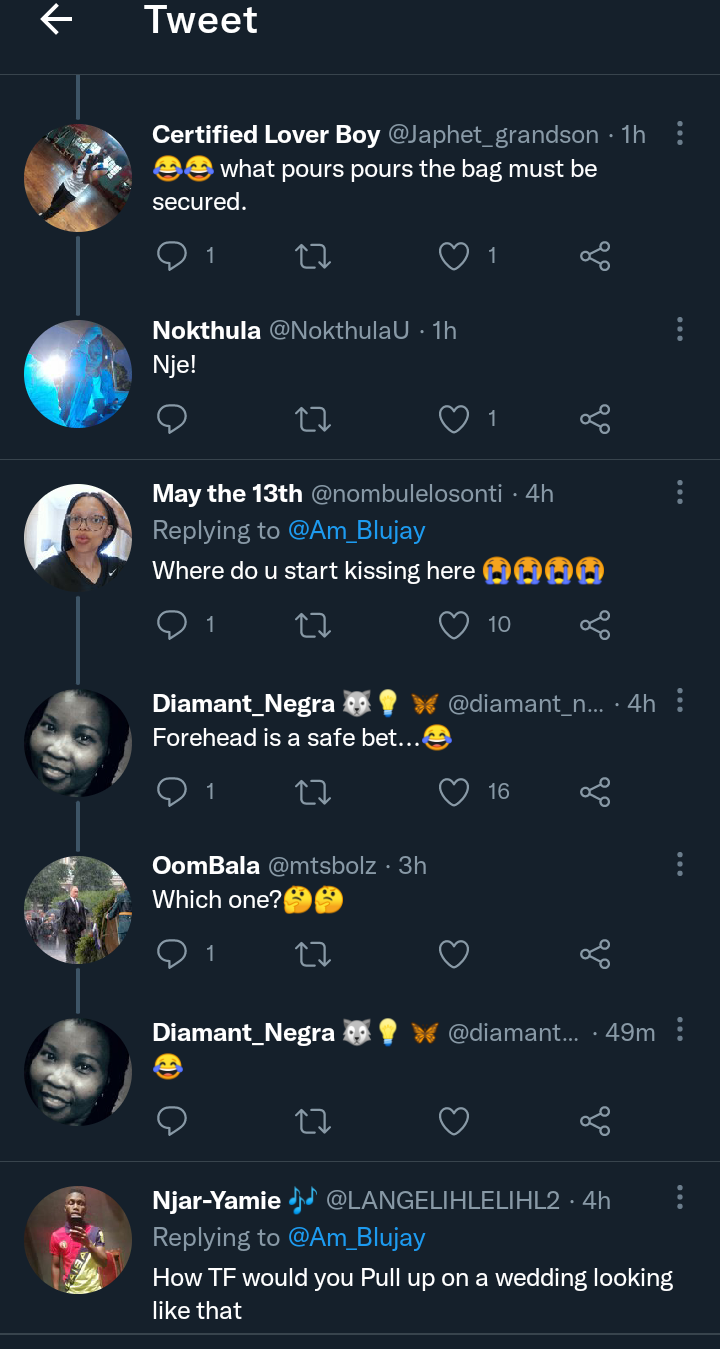 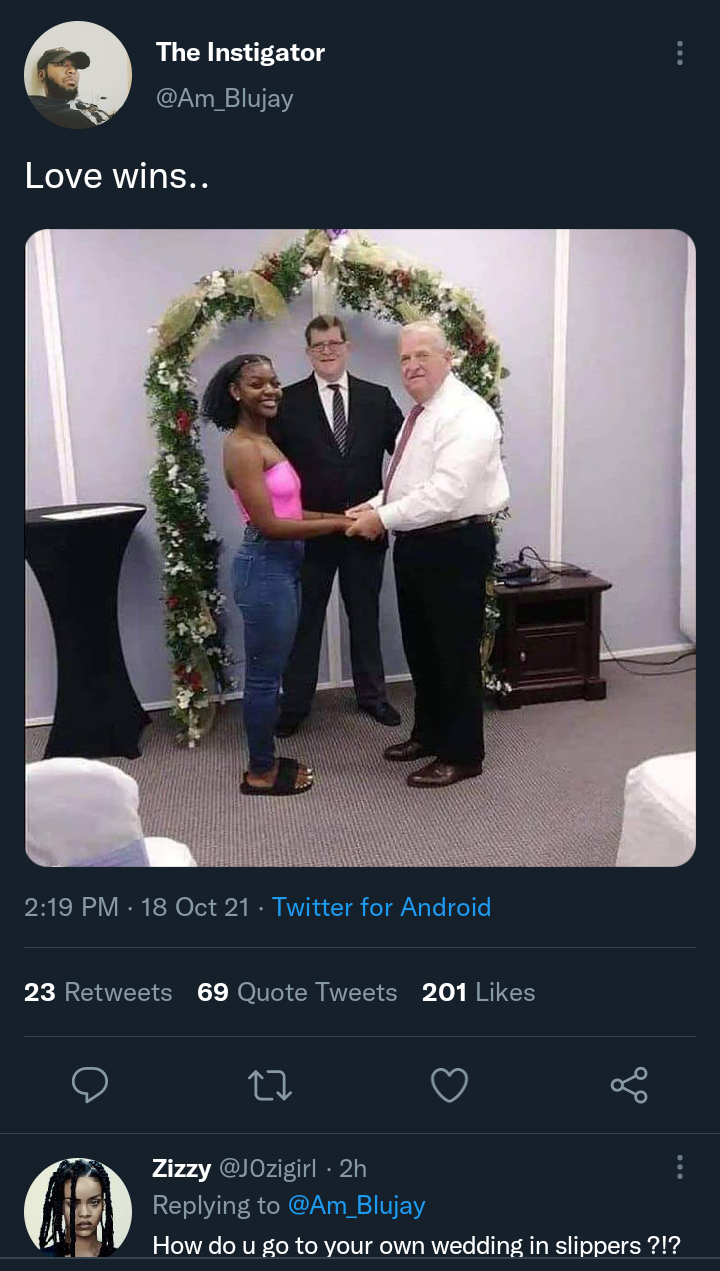 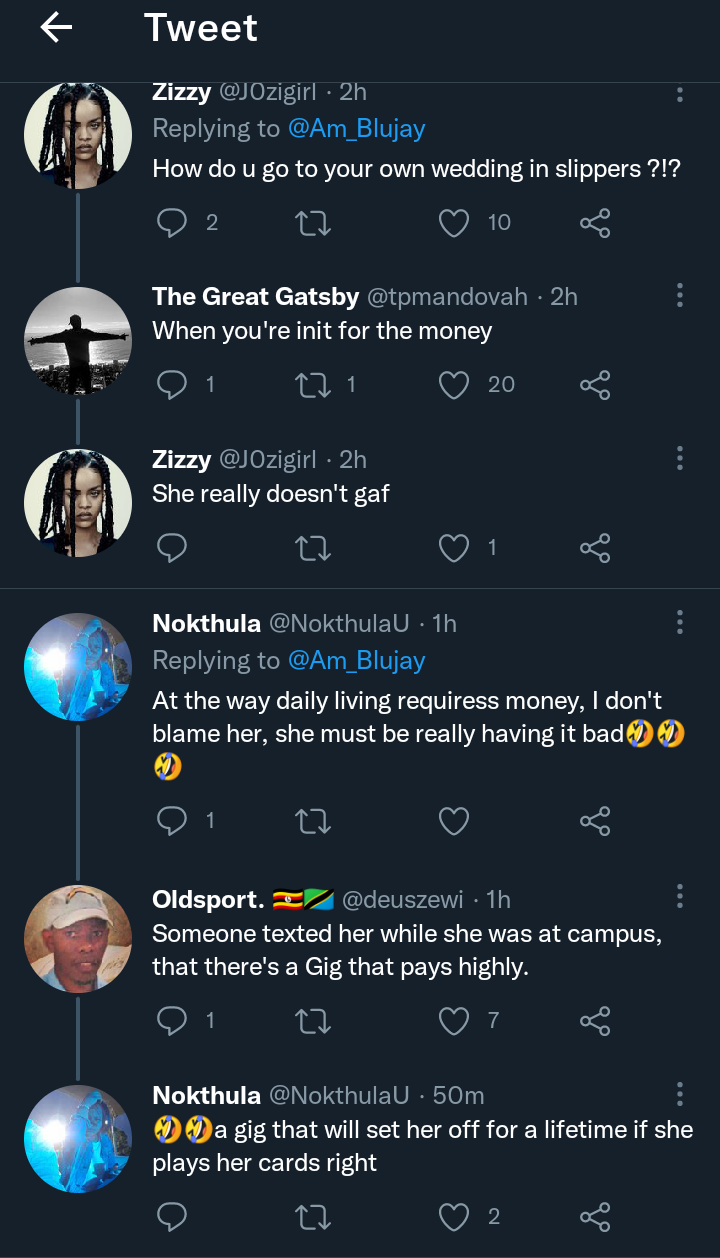 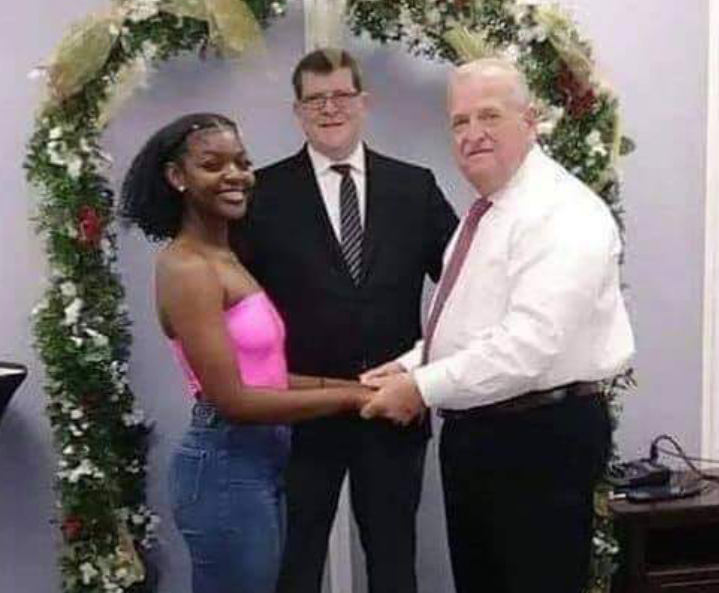 Recall also that some time ago, news broke out that a 26 years old man just got married to a grandmother of 78 years old. The marriage like this one generated countless heated arguments, as people even cast blames on the young man's family for allowing him into that kind of marriage that will neither produce children. Sadly, many Africans marry because of children and not necessarily because of companionship. Any marriage in Africa without children is regarded as unfruitful marriage and people are usually asked to come out of it, and marry other spouses. Nevertheless, African immigrants who cross the Mediterranean Sea into Europe end up in the arms of men and women twice older than them. Some are even older than their grandparents. Could this be love, or love ignited by money? A Twitter user while reacting to this picture said, “This definitely is not right. USA green card is every woman's weakness. She barefoot, she can't be trusted to bring back the land home”.

But why are such marriages usually a subject of media scrutiny?

Kylie swimwear got slammed by viewers.