Have you met all of Zuma's wives?

By BeverlyM (self media writer) | 1 year ago 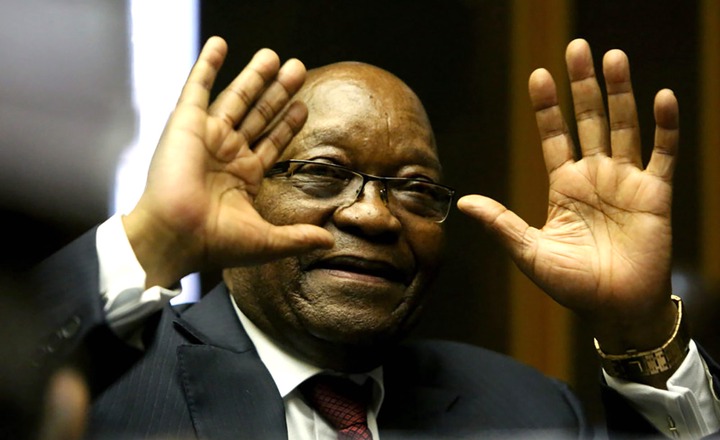 Our former president might have been notorious for a lot of things, but one thing that has continued to fascinate us about his lifestyle is his polygamous nature. Just how many Zuma wives do you know? If not enough, then continue reading below. 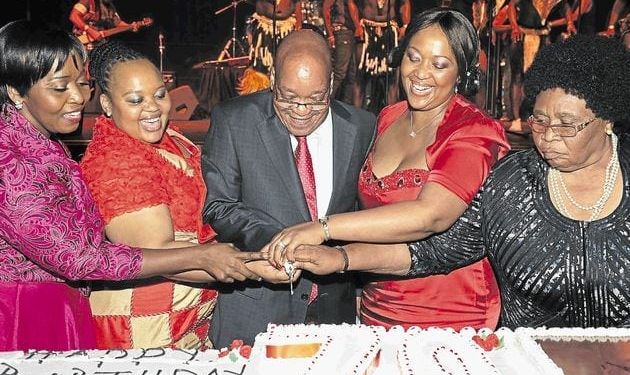 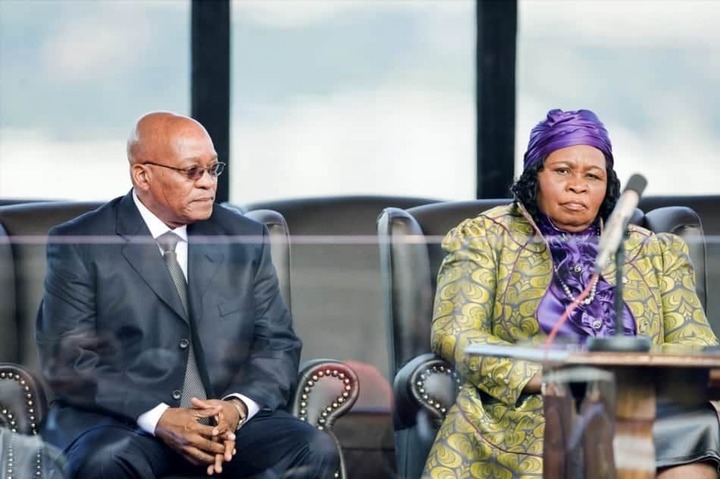 Zuma and Gertrude met in 1959. However, Zuma was sentenced to 10 years imprisonment in 1969, forcing the couple to put their relationship on hold.

Like all true love stories, the couple had their happy ending when Zuma was released in 1973. The couple finally tied the knot but the newly wed husband was quickly exiled out of South Africa due to the apartheid regime.

Due to the hectic nature of their relationship, which was often coupled with periods of long separation, Jacob Zuma and Gertrude never had children of their own. However, the couple remains happily married. 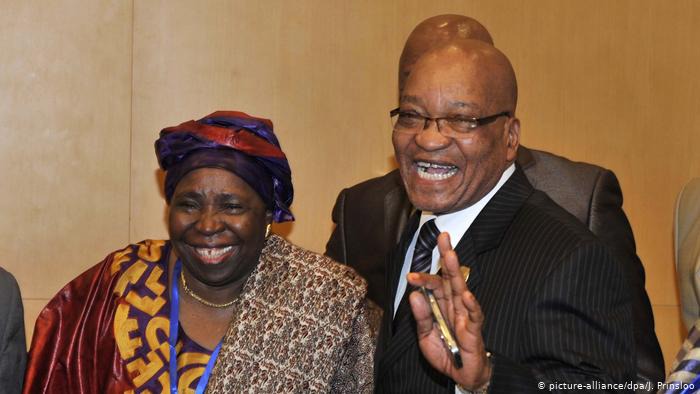 While away from South Africa and his wife Gertrude, Jacob Zuma met his second wife Nkosazana Dlamini-Zuma. Together, the couple have four children together, the most famous one being Gugulethu Zuma, who has made a name for herself as a content creator in the South African entertainment industry. 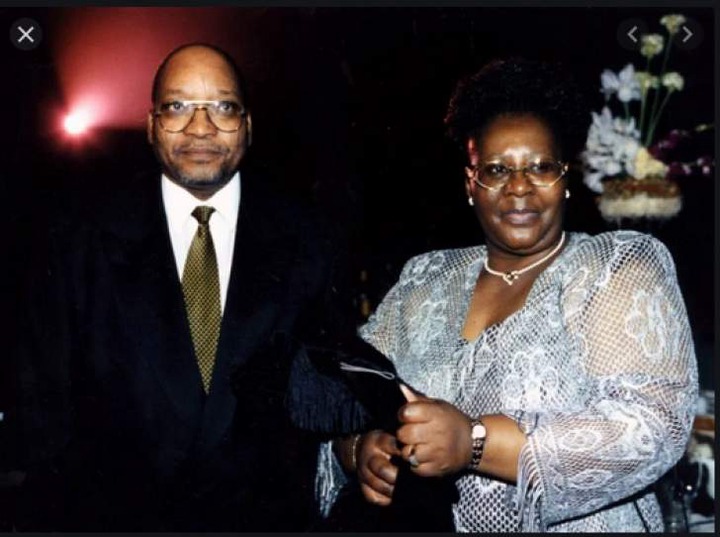 In 1980, Zuma continued to expand his family by marrying his third wife Kate Mantsho. Together they have 5 children together, including the famous twin Duduzane Zuma

Unfortunately, Kate committed suicide in 2000 and forbade her husband from attending her funeral through a suicide note which was found on the scene. “Strictly my dear children, my maternal family to attend. From the Zuma’s only Bro Mike and all the Mzobe family. Our marriage has been 24 years of hell”. The note read. 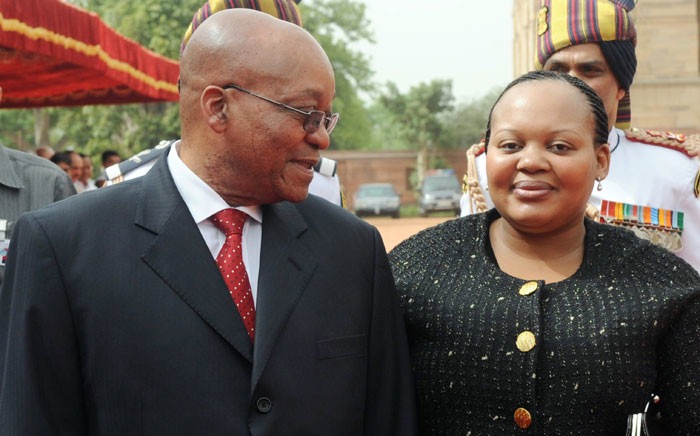 Jacob Zuma’s fourth wife is Nompumelelo Ntuli. He married her when she was 35 years old in January 2008 and together they have welcomed two children into the world.

Nompumelelo Ntuli is most famously known for poisoning Zuma and has since been banished from Nkandla. Click here to read more about it 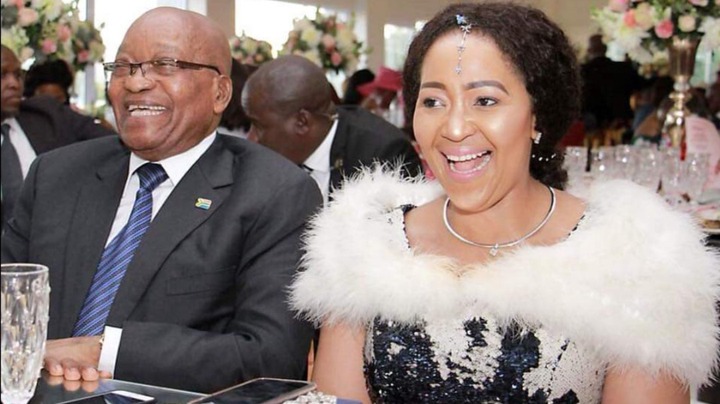 A little over two years after marrying Nompumelelo, Zuma went on to marry Thobeka Stacie Madiba in 2010. They have three children together.

However, in January 2020, the former first lady was also sent packing from Nkandla when her husband accused her of removing sim cards without his permission. Imagine! 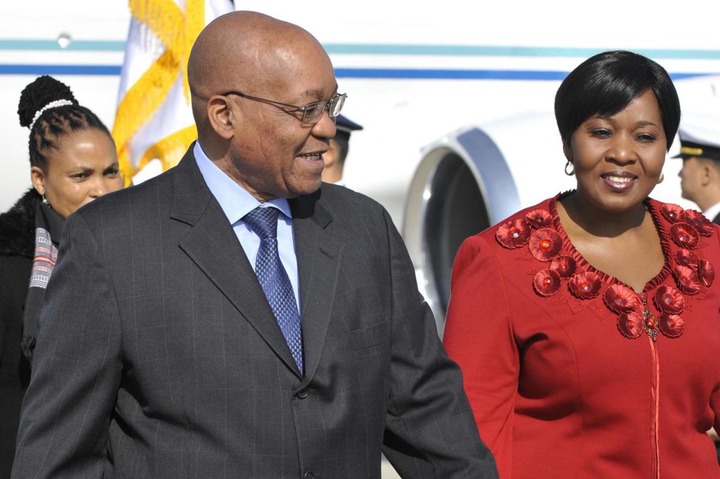 I’m sure you have started noticing the two-year pattern? If you have, you wouldn’t be surprised to know that two years after Thobeka, the Zuma clan welcomed Gloria Bongekile Ngema. 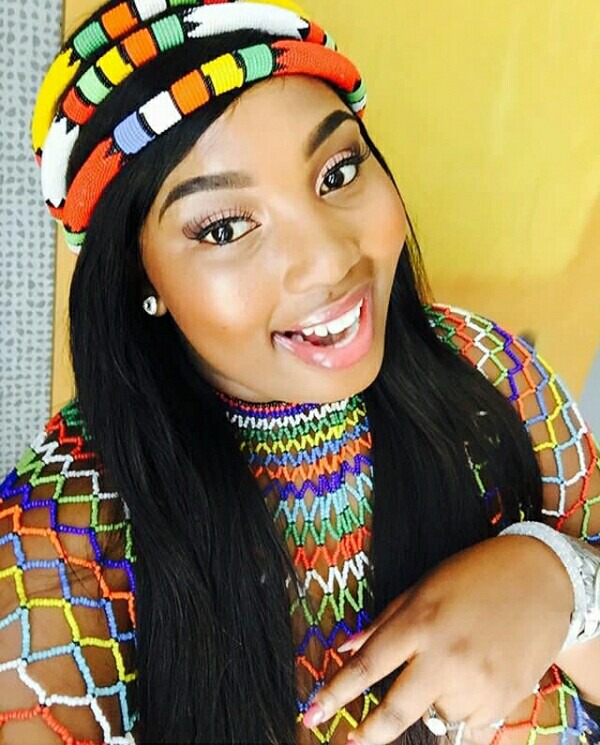 Nonkanyiso was first introduced to us as Jacob Zuma’s latest fiancé in 2018. During that year, she gave birth to their son.

These days, Nonkanyiso is a reality Tv star. She recently featured in Showmax’s first season of The Real Housewives of Durban. Speaking of her ex-fiancé, Conco has said “One of the best lessons I’ve learnt from my fiancé is emotional intelligence, hence I’ve kept silent because I know my truth and who I am and not what the media has insinuated. I have never [thought] that I will ever cross paths with such a calm and wise being. I always knew deep down [in] my heart that one day the world will have a chance to meet me.”

Unfortunately, Nonkanyiso has also been banished from the Nkandla homestead after she went on Instagram and claimed that she was practically a “single mother”, suggesting that Zuma does not take care of their son.

Who is he still married to?

Although Jacob Zuma has walked down the aisle multiple times and paid lobola more than a half-dozen times, as far as we know, he is only currently married and stays with two of his wives. Namely, Gertrude Sizakele Khumalo-Zuma AKA MaKhumalo, and Bongekile Ngema-Zuma.

Do you believe in polygamy? Why or why not? Kindly drop a comment below.

Content created and supplied by: BeverlyM (via Opera News )