The man rejected her and she said this to him.

How many times have you ever gotten rejected and you liked it, never right? Well, the thing is no one likes rejection in this world. Rejection hurts worse than anything you can ever imagine as it destroys one's confidence in themselves. So if you've ever been rejected and took it well, well, it's safe to say that you are an emotionally strong individual.

Well, there have been some images of chats that have been all over social media lately, more especially on Twitter. So in the chats, it seems like a lady is trying to get with the man that she is texting, but the guy just rejects her on the spot. It's what she did next that made the chats trend on social media.

It seems that after getting rejected in that manner she also decided to get some revenge as it seems like she raged out on him and told him some hurtful things and obviously, she did this to calm herself down so that she probably doesn't have to feel bad about being rejected. 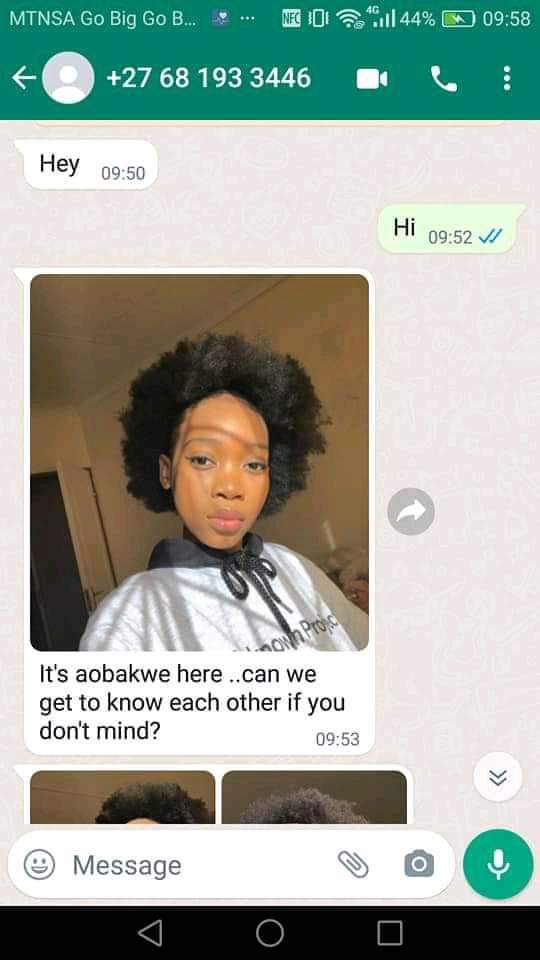 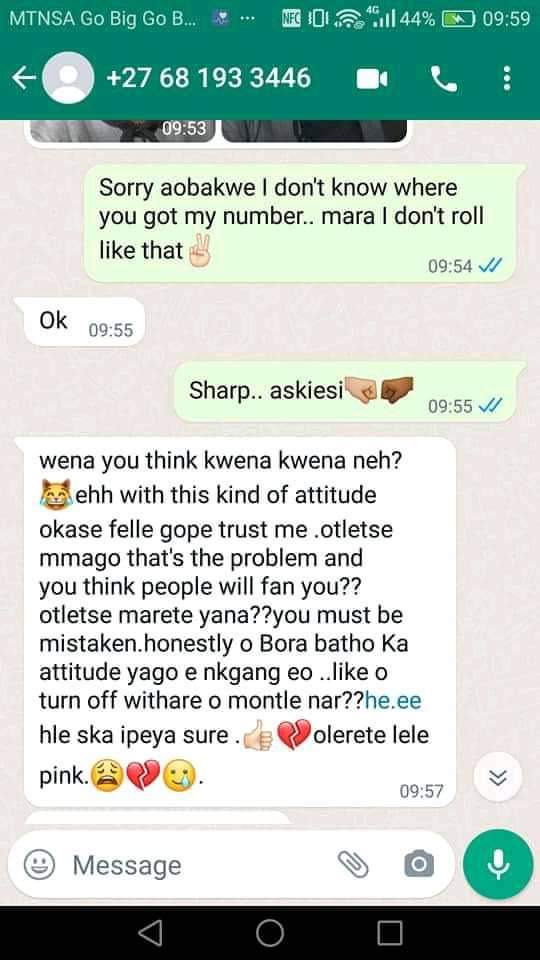 As you can see from the images above she even sent him her images so that he could know who he is talking to, but it seems like the guy wanted nothing to do with her still and his response was a little harsh as he said "Sorry aobakwe I dont know where you got my number.. mara I don't roll like that".

Well, it's safe to say that most people don't take rejection that well.