By SheSays (self media writer) | 23 days ago

Although they had been living together at their home in Maun’s Moeti ward for 28 years, it was only in 2013 that Gaobopelwe Mogapi and Selelo Ntsheko entered into traditional marriage.

Sadly, as it has with so many families around the world, earlier this year Covid-19 ensured there would be no more happy memories made.

On Wednesday 25th August, Ntsheko lost his live to a pandemic which to date is responsible for 2,409 known deaths in Botswana. 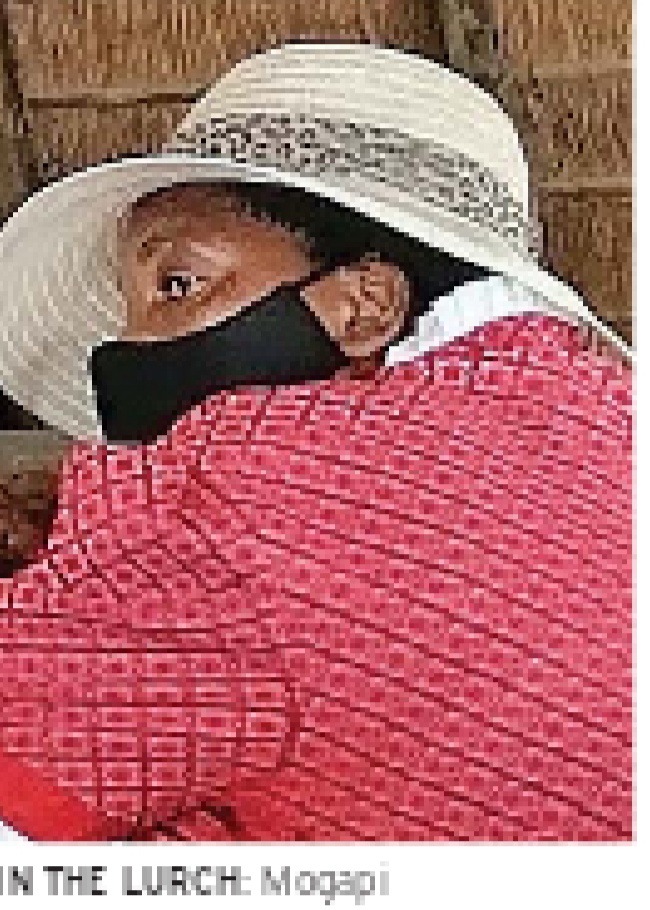 As the old man breathed his last, Mogapi was on the other side of the country, sitting by her sick granddaughter’s bedside at Princess Marina Hospital, Gaborone.

Arriving in Maun two days later, she claims she was rejected by her late husband’s family. Mogapi maintains she was denied the right to mourn her soulmate in peace and, three days after his burial, was booted out of her home along with her children.

Two months later and she is seeking legal intervention through the traditional courts.

Outlining her case before Maun Customary Court on Tuesday, Mogapi stated, “My in-laws said I am not a married woman because magadi had not been paid for me yet. Despite the fact that we had a traditional wedding in 2013, they said I am only a concubine and that I have to pack my things and leave.”

Remaining remarkably calm as she narrated her tale of woe to Kgosi Oleyo Ledimo, Mogapi insisted the house her in-laws kicked her from rightfully belongs to her and her children because she helped her husband build it.

Casting her mind back four months to when her troubles began, the aggrieved lady revealed, “In July this year, my granddaughter became ill and was referred to Bokamoso Private Hospital in Gaborone where she was to be operated on. Since her mother was equally in ill health, I decided, together with my husband, that I should take the child to the hospital.”

According to Mogapi, after the operation, the little girl was transferred to Princess Marina Hospital for continued medication.

“A week later, I received a call from my daughter reporting that her father was seemingly not well. I called him and he told me he was having a fever. I advised him to do a Covid-19 test as those were suspicious signs of it but he maintained he was only having ordinary flu,” she testified.

Two days passed and Mogapi received another phone call from her daughter informing her Ntsheko’s condition had worsened.

“She told me her father was not doing well and kept falling asleep anywhere around the yard, including on bare soil. I called her again and insisted he should go to the clinic and he promised to do so.”

Somewhat typical of most men his age - and indeed men in general - Ntsheko reportedly delayed in seeking medical attention, instead preferring home remedies for common influenza. 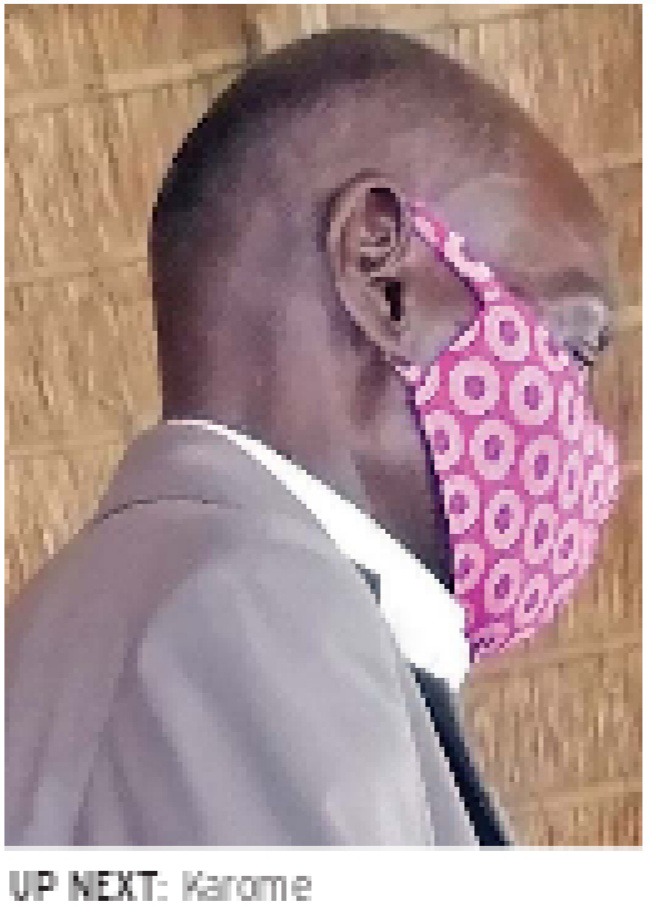 It was not until a relative intervened and rushed him to hospital that the old man finally saw a doctor.

However, the damage had already been done and Ntsheko never recovered.

The widow further told court, before her husband’s demise, they were planning a white wedding celebration and had bought a wedding gown together with a veil, white gloves, rings and a shawl. She claimed her in-laws confiscated all of these items when they gave her the boot.

Mogapi is hopeful court will instruct her in-laws to allow her and her children back into their yard and return the confiscated wedding attire and rings.

Answering for the case is her father-in-law, Tsheko Karome, a blind elderly man who is due to give the family’s side of the story when the matter returns to court this Thursday (11th November). 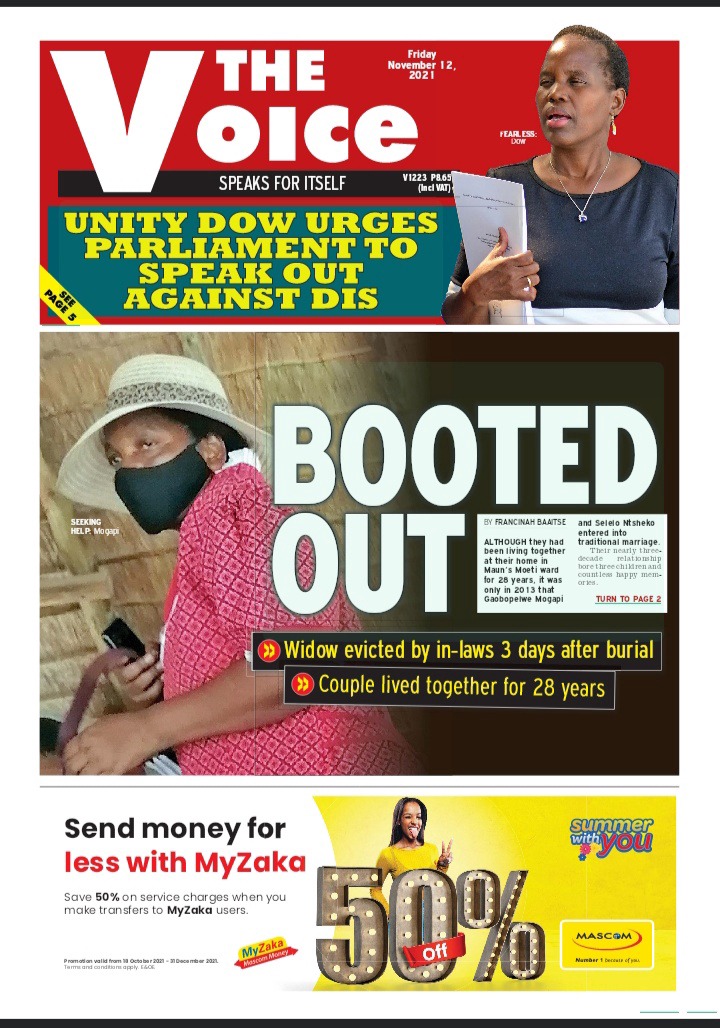