Stay Away From Friends Who Show These 5 Signs To You.

Avoid Associating With People Who Exhibit Any Of These 5 Signs; They Are Not Your True Friends. 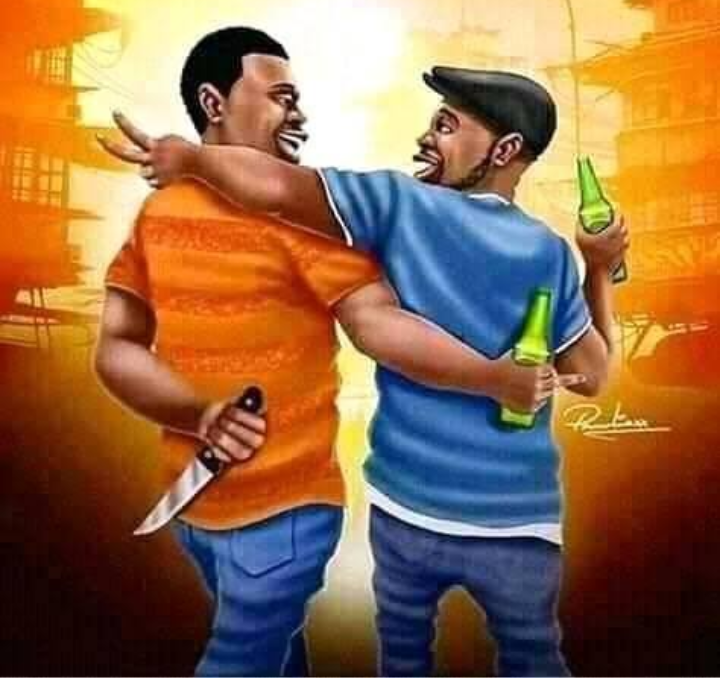 It's perfectly normal for you to have one or two people in your life who aren't who they say they are, but the important thing is how quickly you can spot these people and cut them out of your life.

The following are a few pointers on how to identify false friends among your existing circle of acquaintances in the most effective way possible.

1. THEY ONLY CALL WHEN THEY WANT SOMETHING.

Friendship is a shared relationship, so you should receive whatever you put into it. However, if you find that you are giving more than you are receiving, you should probably take a moment to reflect on the situation.

The few carefully selected people who stick by your side through all of life's ups and downs are your true friends. A phony friend is someone who makes an effort to spend time with you when it will benefit them but leaves you alone when you really need them. There is a good chance that the individuals you consider your "friends" don't genuinely care about you, if you feel like you are the only one who ever tries.

The stars are like true buddies. Even if you can't always see them, they are always there and you can't avoid them.

2. YOU FEEL BAD ABOUT YOURSELF AFTER SPENDING TIME WITH THEM.

Even though it may be impossible to predict someone's conduct, one should never deceive themselves about their feelings. Your buddies should make you feel good, encourage you, and help you achieve amazing things. You should probably rethink your decision to be their friend if your behaviors frequently leave them feeling angry and bitter. It's a terrible truth that some people like humiliating others much more than they do lifting themselves up.

Fake friends are people who are unconcerned about your well-being, are more likely to bring you misery, and may even cross the boundaries you set for them.

False friends aren't concerned with how you're feeling emotionally since they aren't worried about losing you. The longer you do nothing but stand there and listen to them, the more disheartened you will get. In their view, your objectives, desires, and abilities are insignificant.

3. THEY ARE AGGRESSIVELY COMPETITIVE WITH YOU.

It is normal to occasionally feel a little competitive; yet, like with most things, being overly competitive has the opposite effect. A friendship that is based on rivalry between the two people is unhealthy. A good buddy will want to see you succeed and will want you to be positive, even if there is some healthy competition between the two of you. But a friend who consistently makes an effort to appear superior to you, whether in one-on-one conversations or in groups, is unquestionably a red flag. Be wary of the people who are unable or unwilling to recognize your success in your life. Either they'll attribute your successes to chance, or they'll claim that they were just lucky.

4. THEY USE YOUR SECRETS AGAINST YOU AND SHARE THEM.

This is never acceptable, and there is no way, shape, or form in which a true friend could ever think or do something like this at any time. A false friend may try to undermine you and your efforts in specific circumstances, particularly in public. This type of friend may approach you and purposefully say something humiliating about you, either in front of your other friends or in front of random individuals. Even if they say it in jest, their underlying aim was to embarrass you, and the fact that they did so should be a warning sign that something is wrong with your friendship with them.

5. THEY TALK ABOUT THEIR OTHER FRIENDS BEHIND THEIR BACK.

They probably insult you in front of other people and trash their numerous buddies if they do it in front of you. They always talk negatively about you when they are not by your side, whether it be the same thing they say to you about the other individuals or something even worse. You should never think that they love you because of this when they boast about their many friends with you. You shouldn't assume that just because they are talking to you about their other pals, they are showing you their love. As sincere as you think they are, they are not quite.