By MissPi (self media writer) | 9 days ago 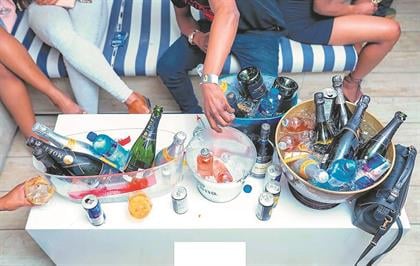 IT seems some men have found a new way to attract the ladies with perfect photos.

They hire expensive alcohol, but do not drink it. And some ladies have fallen for these men, thinking they bought the booze.

Some of the men who spoke said there was nothing wrong with this as they just wanted to fit in.

A 34-year-old man said they just wanted to be like other men.

“We want to take nice pictures so we can trend. If a lady starts giving us attention because of it, that’s their problem and not ours,” he said.

Another man (31) said he started doing this early this year and has one-night stands every time he leaves groove. 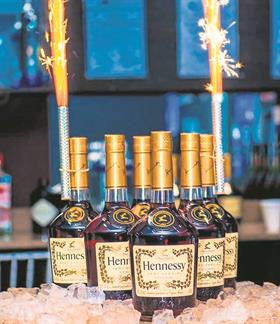 There’s a new trend where men hire expensive alcohol for the table at groove but never open it. Photo from Instagram

“Yes, I do this to attract the ladies. If someone is an easy target then that’s their problem.”

Asked what he would do if one of the ladies opened the bottle, he said he would leave her with the bill.

“At least we’re honest. I tell them that the booze is not mine and should not be opened, but I’m open to buying her less expensive alcohol,” he said.

One groovist (27) said he once hired four bottles of Veuve Clicquot and told the ladies they couldn’t open them until his friends arrived.

“Shame, they waited with their Brutal Fruit until I told them I needed to take the bottles back because my friend was supposed to pay,”

The People’s Paper also spoke to some ladies who fell for these men. 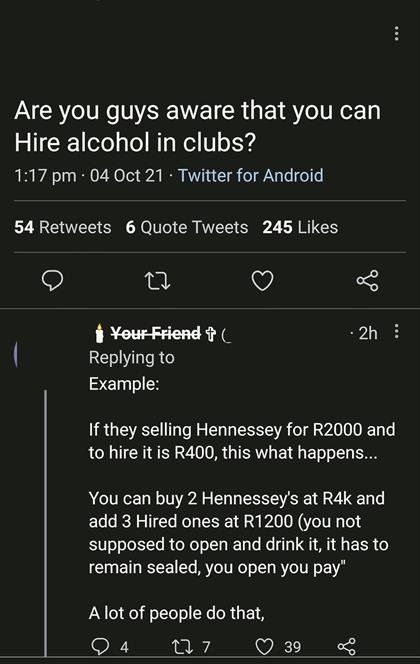 A 29-year-old woman said: “They’re living a lie. Obviously I’m at groove to have a nice time and if a guy with expensive alcohol keeps winking at me, I’ll give them my attention. It doesn’t mean I’m a magosha. I’m there to enjoy myself.”

Another woman (33) said a guy once hired three bottles of Ace of Spades and one bottle of Veuve Clicquot.

But he didn’t tell her they were hired, so he fled when she opened one.

“He said he was going to the toilet and that was the last time I saw him. Luckily, the club manager was understanding and told me it wasn’t the first time such happened.

‘Since then, I don’t even look at people’s tables. I drink my Savanna and mind my own business,” she said.

Another woman (35) said she once went to groove with only R30 in her wallet.

As she’s beautiful, she knew she would attract certain men. 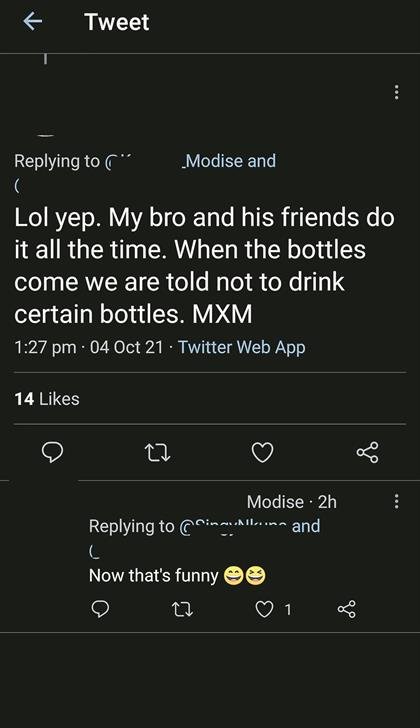 “Two guys were sitting with expensive bottles and they invited me to join them.

“They had beers in their hands and when I asked if I could open one of the bottles, they said they were waiting for friends,” she said.

A club manager confirmed they have an alcohol hire service, but if you break the bottle or open it, you pay for it.

He said the hiring prices depended on which bottle you wanted, the more expensive the bottle, the higher the price to hire it.

He said they started from as little as R500.

“We added this to our service last year and it’s been going great so far. There’s nothing wrong with this because it helps some men with self-esteem,” he said.