She Was Told Of 3 Things That Would Happen If She Went To Fetch Her Stuff But She Didn't Listen.

When the relationships end, those who were in that relationship don't show any more love or companionship towards each other. They act as if they were never in a relationship as the thing that brought them together is no more. However, when it comes to others, there is still some love left and that's why they end up getting back together.

Well, when it comes to this certain lady, it seems like things were over between her man and herself as she tweeted that she's going to go to his place and fetch the rest of her stuff. After she tweeted this, someone commented and told her three possible things that would happen if she would go there. 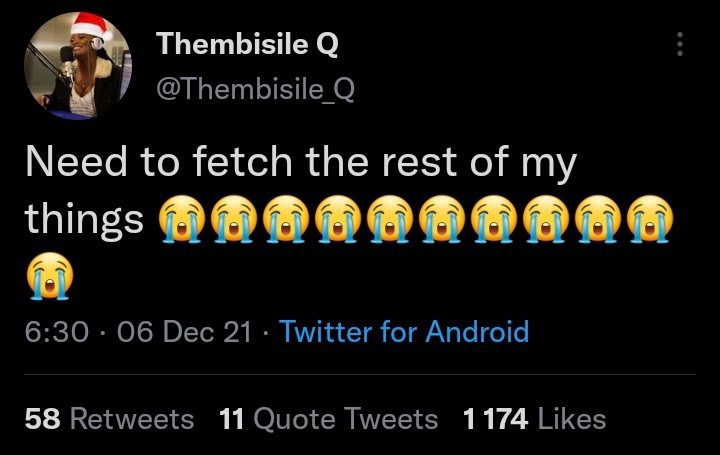 The first was that she and her man would mingle once again, the second being that the guy would ignore her and pretend that she doesn't exist or the third and last one would be that, she will find the guy with his new girlfriend and the new girlfriend will even help her pack while wearing the towel she used to wear. At the end of the comment, the lady was told to not go there but clearly she didn't listen because she ended up going to the ex-boyfriend's place. 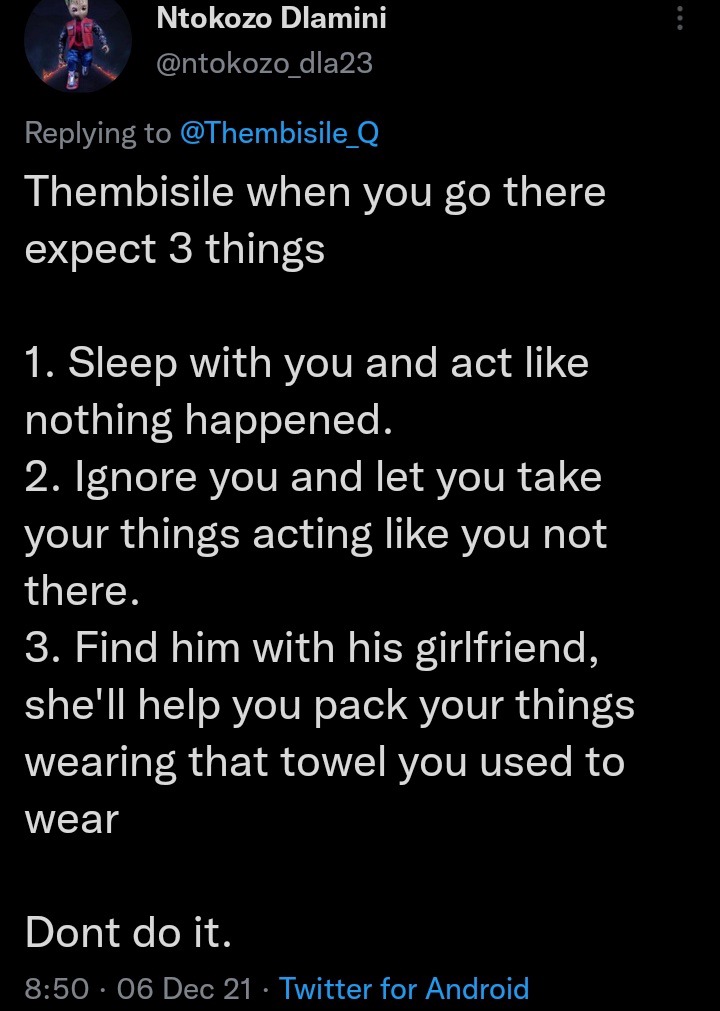 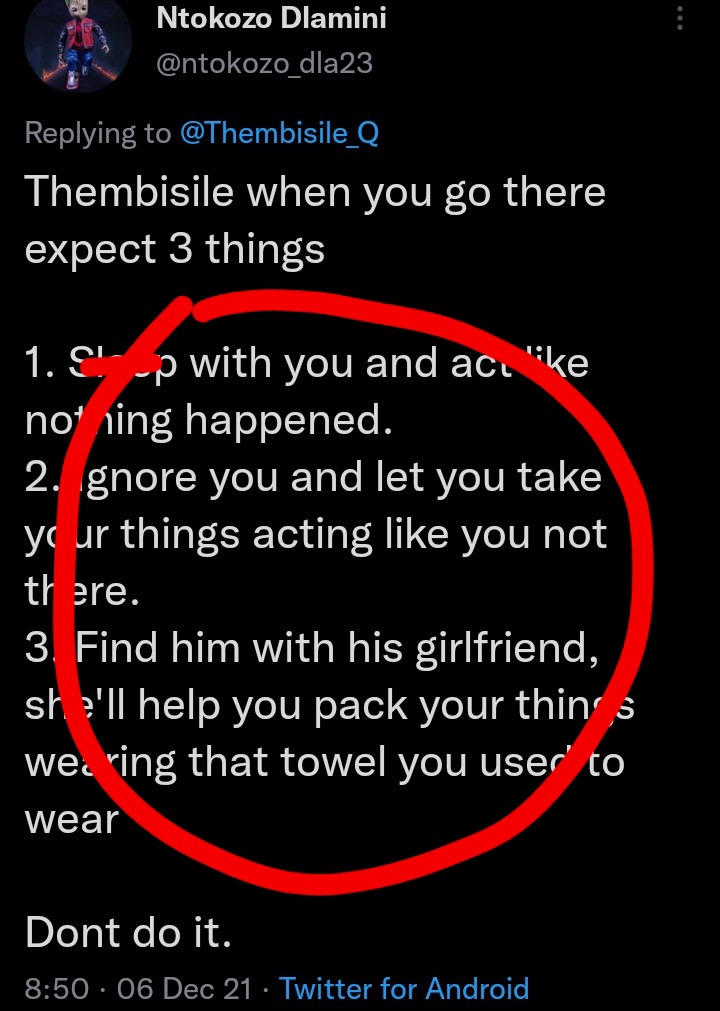 After she came from her ex-boyfriend's place, she tweeted that she was shocked that his ex-boyfriend would have an affair on his new girlfriend. This meant that the first thing she was told would happen happened and mamy people on Twitter noticed it even though, she tried being cryptic in her tweet. 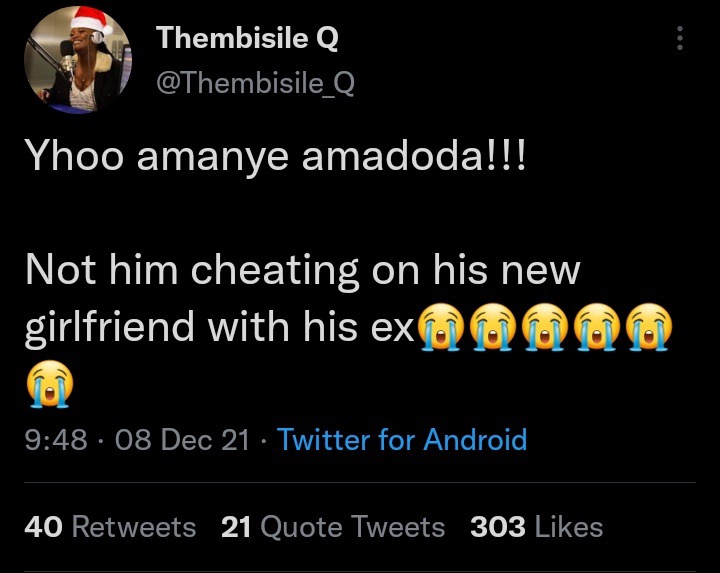