By MatthewMnisi (self media writer) | 13 days ago

A man has apparently found that his girlfriend whom he believed was in school overseas, is actually married. 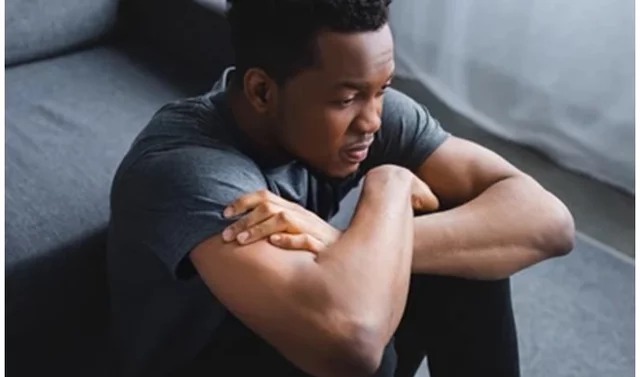 A Twitter user @Ndukhu baraza published the incident on the microblogging network, as she detailed how the male has been giving the girl money while he thought she was studying in Dubai.

The guy reportedly waited four years for her to return from Dubai, but he subsequently learned that she has a spouse and child and has been living with him in Embakasi, Kenya.

During that time, he was said to have been providing weekly maintenance money to his girlfriend.

”There’s a guy i know, he waited for his chick to come from Dubai for 4 yrs where he believed she was schooling.They communicated on a daily basis via whatsapp only to find out later the chick is in embakasi married with a kid. The guy used to send her upkeep money weekly.” 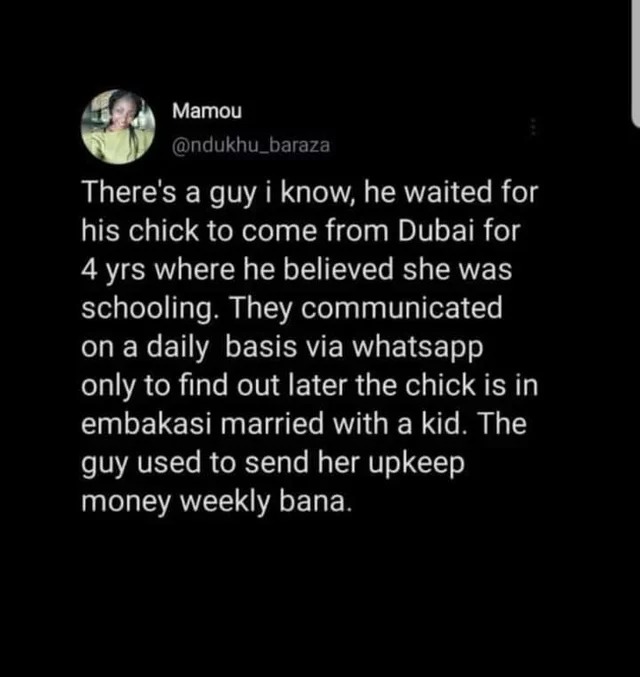 what do you think about this as a reader? what were you going to do if you were the guy?

Ramaphosa |Vote Wisely, This Is Your Opportunity To Be Heard And To Make A Difference

High demand is one of the reasons for shortage of Savanna in the country.

A Family in Cato Ridge found two Black Mambas in their house in a week. Read more here