By Gkmedia (self media writer) | 27 days ago 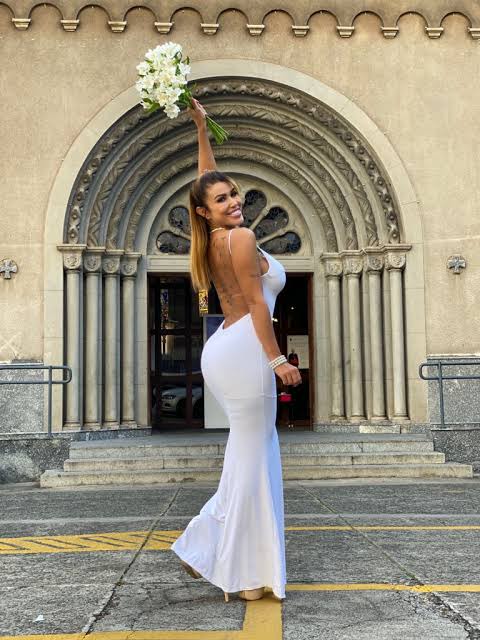 A model from Sao Paulo, Brazil, gave up on men realising that they could not stay loyal. Chris Galera (the model) decided that she didn't need anyone so she decided to marry herself. She dressed herself in bridal attire and married herself. Pictures of the church wedding went viral on social media.

She started receiving marriage proposals from men who had seen the viral pictures. In yet another twist to the story, she also got a message from an Arab Sheikh who requested that she divorce herself and marry him instead. He offered her a dowry (money or gift given by bride or groom to their spouse upon marriage) of more that Rs 3 crore (approximately 6 million rand) to become his bride

However the model wasn't too pleased with the marriage proposal from the Arab Sheikh, saying that she could not be bought and she would not marry him as she did not know who he was. She also revealed that she was trolled online for marrying herself.