Exposed| Father Of 10 is Married To Another Woman, The Mother is a Side Chick

By Daily-Perspectives (self meida writer) | 5 days

In an unexpected turn of events, the whole story of the miracle 10 babies that South Africa was busy celebrating has turned a little bit sour. This is after a secret source approached the city press newspaper to speak beans of what exactly is going on in the two families that had the decuplet. She said she wanted to be kept secret but was able to tell the whole story of what is actually happening within the family. 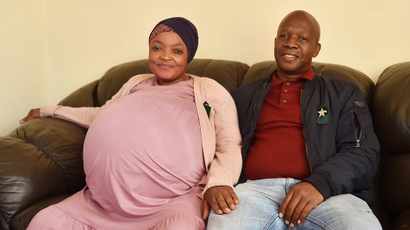 According to an article released by City Press on Thursday night. The so called married couple of 10 babies is not married at all. According to the source, the father did not even want the kids but was forced into this whole story because of the media. It is said that the father of the babies is married to another woman with who he actually lives with. The newspaper that broke the story wanted it to shine, so they made up the fact that they are married.

It is said that the father was very angry when he heard he now has 10 kids but tried to act along. Now that they are famous, he is using the opportunity to make money. He is currently unemployed and it was the side chick that was taking care of him all this time. The wife is very angry at the fact that her husband is seen on TV saying she married the woman whole married to him. 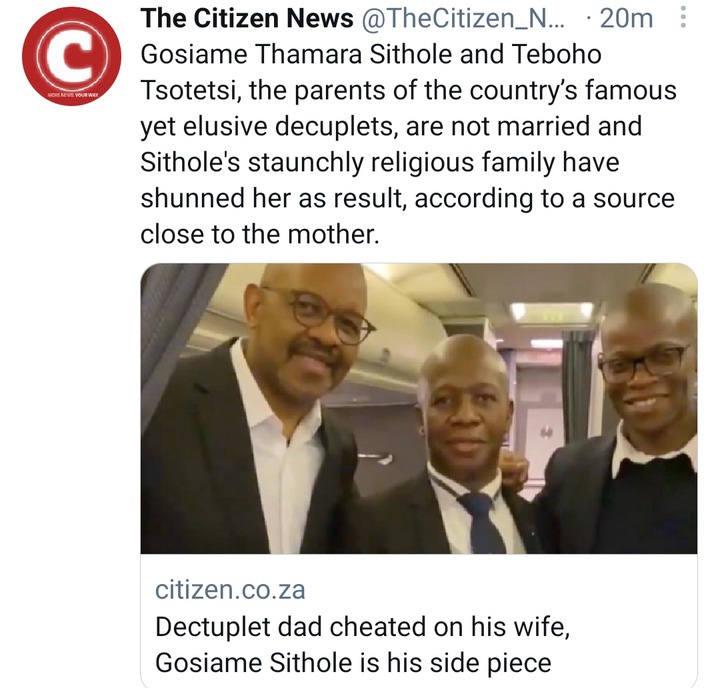 According to the source, the family does not want anything to do with the woman and her 10 kids, the fact that the man had 10 children with this side chick has really broken the marriage and the family unit. The father of the children and the real wife were not available to comment on the matter. This whole story has taken an unexpected turn as many people thought they were happily married and had kids.

South Africans are disappointed at the father for lying to the whole country. He was the one who spearheaded the story from the beginning and continued to do so even now. He has had a various interview where he said that he was married to this woman, continuing to perpetuate a lie. It was very unfortunate that he had 10 kids out of wedlock, but he is making a lot of money from them now.