My Stepdad Turned Me Into His 3rd Wife, Forcefully Slept With Me, I Got Pregnant

A young Fatuma discusses her traumatic adolescent years with the Healthy Nation after her stepfather turned into a monster and attacked her when she was 13 years old. The majority of young people in Kenya are, in fact, victims of criminals who are disguised as their biological parents, brothers, uncles, or even stepparents. Though most of these crimes are eventually discovered, it is always too late because the harm has already been done.

A 16-year-old Luo woman named Fatuma describes her terrible experience with the guy she only knew as her father. Because wife inheritance is common in many cultures, her biological father had already passed away. Only that this had a bad impact on the family's quality of life.

As early as the age of 13, she began to experience assaults. Her stepfather was an alcoholic who spent the majority of his mornings and evenings drinking. By then, Fatuma was in grade two. He took a picture of her one night and continued complimenting her appearance.

Who would anticipate that being awful, especially coming from a father? Not even briefly did thoughts of sexuality cross her mind. Not content with that, he began driving her to and from school. According to her mother, the relationship between the two is growing stronger and more like a father and daughter relationship.

She had no idea that what would happen next would drastically alter their life. Her father took her to a corn plantation at their regular evening picking time and groped her. He instructed her not to tell anyone about the entire incident to seal his awful crime.

What can a 13-year-old girl be expected to do? She received a bribe of 100 shillings. Fatuma didn't mention anything to her mother in any way. When he saw that his initial attempt was successful, he began breaking into her room at midnight to carry out his wicked deeds.

This continued for three years until Fatuma was an adult, at which point she became pregnant. She was no secret keeper, that much was clear. When her mother found out, the man revealed his true intentions by leaving the family and moving to an other village. 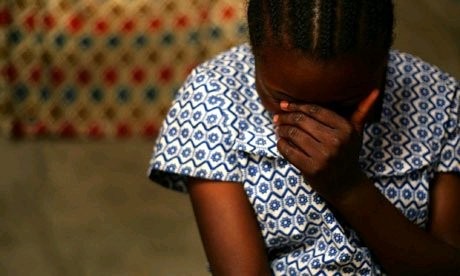 With her final exam, Fatuma, who is six months pregnant, resets the life button. This is a horrible thing for a family to experience in African civilization. In order to protect her family from humiliation and embarrassment, Fatuma's mother has stated that the situation is being handled as a family concern.

How do you feel about this?

Fatuma I Got Pregnant Kenya