By Maringozen (self media writer) | 3 months ago

Have you ever watched the news and thought, ‘Can things get any worse?’ There is so much tragedy and cruelty that some people believe we must be close to the end of the world. Is that true? Is there a way to know what will happen in the future? Yes. Although humans cannot predict what will happen, Jehovah God can. He tells us in the Bible about our future and the earth’s future.​— Isaiah 46:10 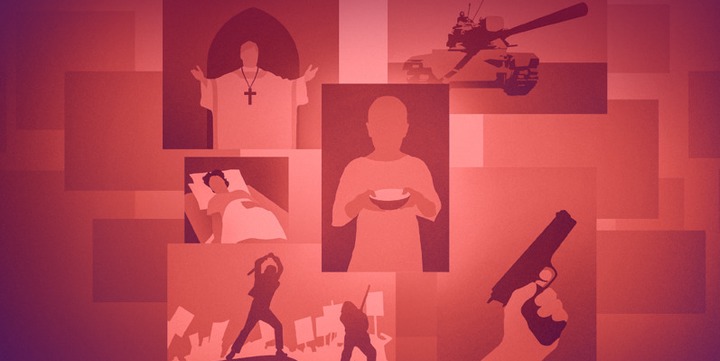 When we read in the Bible about the end of the world, it means, not the end of planet Earth, but the end of wickedness. Jesus taught people that the Kingdom of God would rule over the earth. His disciples wanted to know when God’s Kingdom would come, and they asked Jesus: “When will these things be, and what will be the sign of your presence and of the conclusion of the system of things?” (Mathew 24:3) Jesus did not give them the exact date, but he told them what would happen just before the end of this world. What Jesus said would happen is happening right now.

In this chapter we will discuss evidence that we are living in the time just before the end of the world. First, we need to learn about a war that took place in heaven so that we can understand why things are so bad here on earth. The prophecied war of heaven is about the war that let to Satan and his angels being Defeated and Hurled out of heaven to earth. That resulted in the war of 1914 which became to be WW1.

The Signs Are War

More people have been killed in wars in our time than at any other time in history. One report from the Worldwatch Institute shows that since 1914, wars have killed more than 100 million people. More than three times as many people were killed in wars during the 100 years between 1900 and 2000 as were killed during the previous 1,900 years. Just imagine the misery and pain that millions of people have felt because of war!

Misery is filling the world everyday 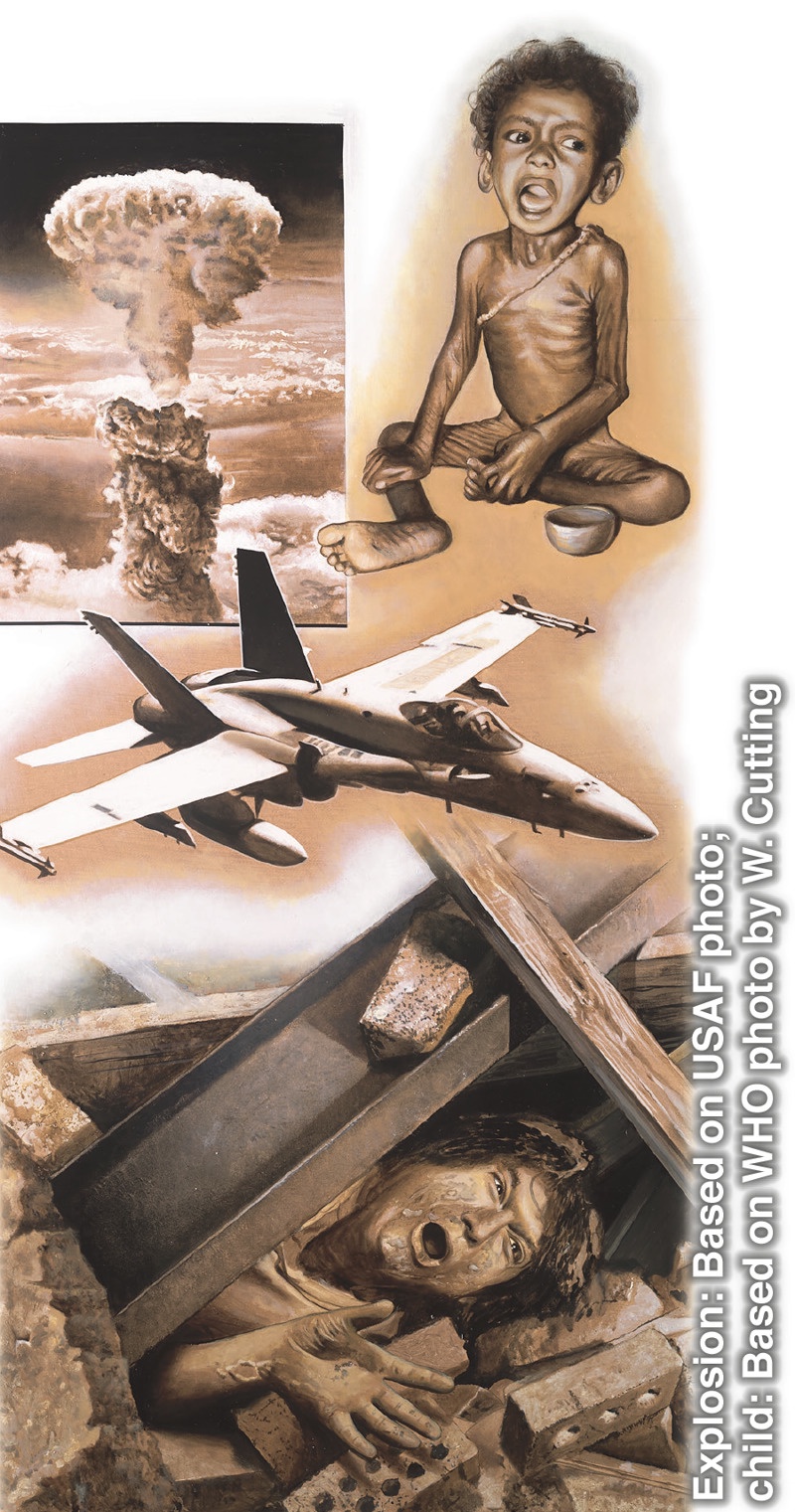 Jsus said: “There will be food shortages.” Even though more food is produced now than ever before, many people never have enough to eat. Why? Because they don’t have enough money to buy food or land on which to grow it. More than a billion people have less than one dollar a day to live on. The World Health Organization says that millions of children die each year, mainly because they don’t have enough food to keep them healthy.

Jesus prophesied: “There will be great earthquakes.” (Luke 21:11) Many powerful earthquakes are now expected every year. Since the year 1900, over two million people have died because of earthquakes. And although technology has helped to detect earthquakes earlier than before, many people still die.

Jesus foretold that there would be “pestilences.” Dangerous diseases would spread quickly and kill many. Even though doctors have learned how to treat many sicknesses, there are still sicknesses that cannot be cured. In fact, one report explains that each year, millions of people die from diseases, such as tuberculosis, malaria, and cholera. Not only that, but doctors have found 30 new diseases, and some of them have no cure.

WHAT PEOPLE WOULD BE LIKE IN THE LAST DAYS 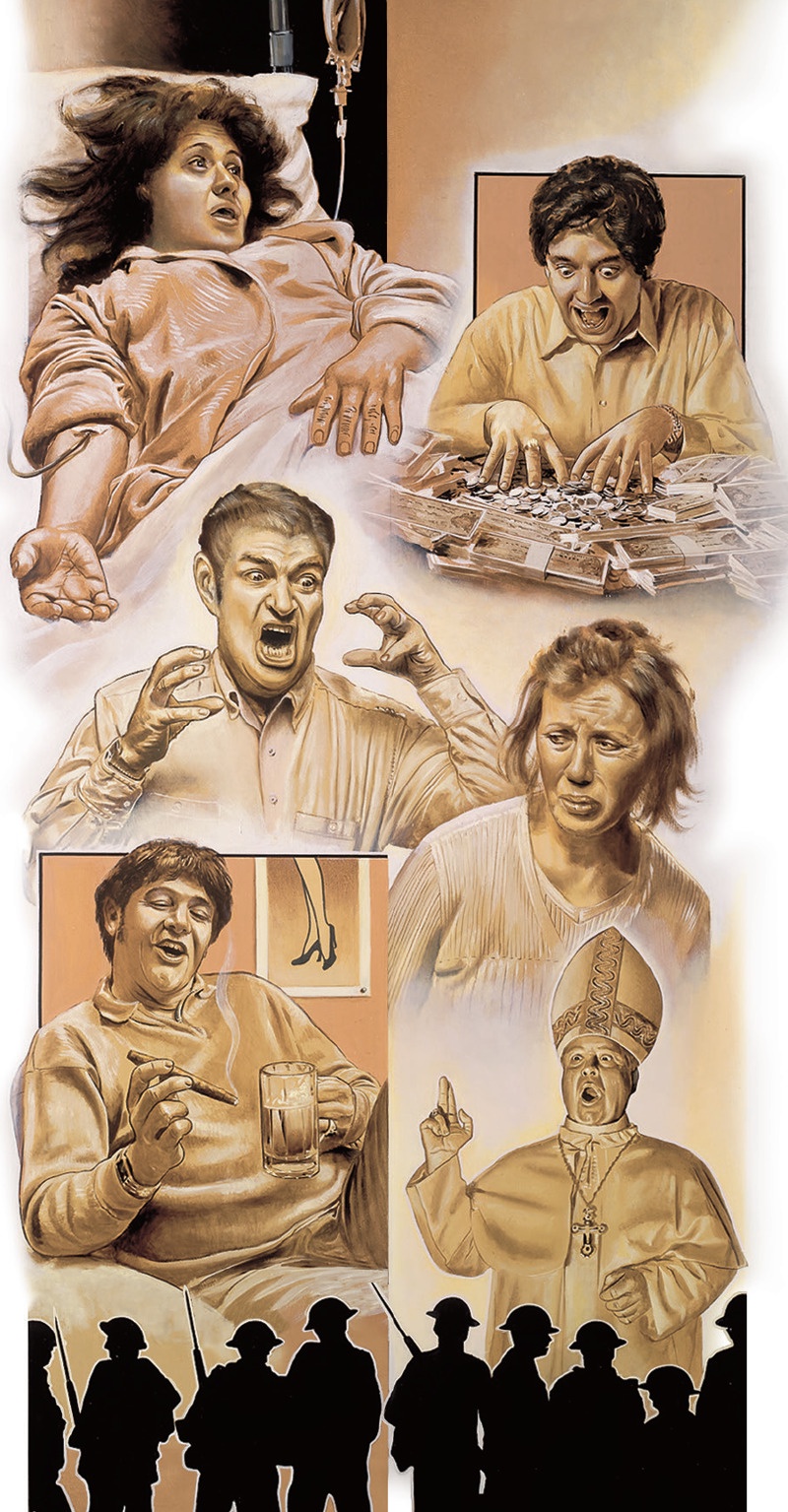 "Lovers of themselves, lovers of money, boastful, haughty, blasphemers, disobedient to parents, unthankful, disloyal, 3 having no natural affection, not open to any agreement, slanderers, without self-control, fierce, without love of goodness, 4 betrayers, headstrong, puffed up with pride, lovers of pleasures rather than lovers of God, 5 having an appearance of godliness but proving false to its power; and from these turn away."