Top 10 Most Handsome Men in the World 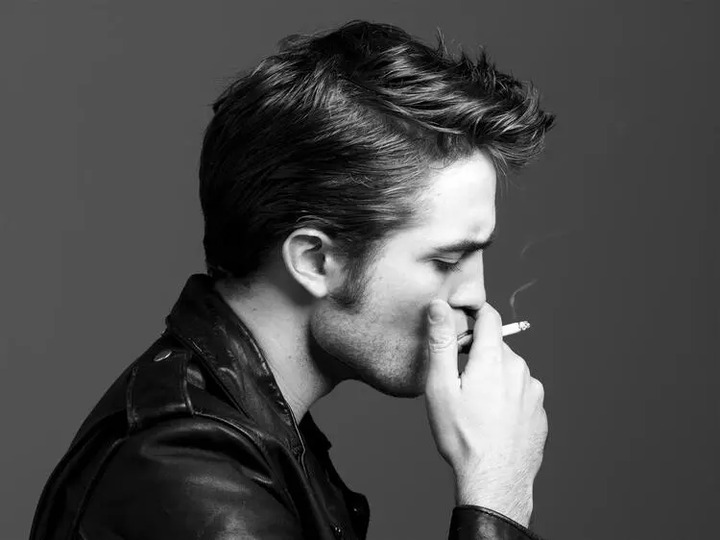 Well, there are too many factors to answer that question.

Each individual around the world has a different ‘taste’ of what they might consider good-looking.

But still considering public demand, we compiled a list based on current trends, voting, polls, Twitter nominations, and mass followings in their fields (like Beckham’s popularity in football or Tom Cruise’s in movies).

Being a man myself, I’ve researched and studied popular men from all countries on many distinct factors, according to science and general likeability.

Marvel Studios has hired some of the best-looking actors, leading to debates among fans and the public on Who is the hottest avenger?

It looks like a complicated question to answer, and even more challenging is answering,

Who is the most handsome Chris?

Choosing between Chris Pratt, Chris Evans, and Chris Hemsworth is like naming the best place to live; LA, NY, or Miami; all three are the best choices.

Hemsworth’s masculine blond features are worth listing, and so is Chris Pratt with his goofy light-hearted boyish, youthful look.

This hotness versatility sets him apart from other Marvel Characters.

Chris’s blue eyes and friendly attitude are the most impressive and attractive characteristics, which stand out in distinct hairstyles.

We can safely conclude that women are driven crazy towards Chris Evans because of his boyish charm, irresistible to ladies looking for a new boy toy. 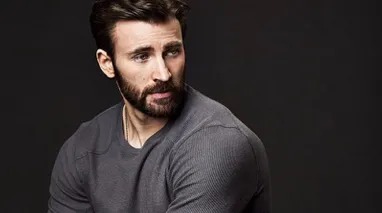 Bradley Cooper had joined the “Sexiest Man Alive” club of People’s Magazine in 2011. Women describe his blue eyes as seductive, especially his appealing smile, similar to the Ryan Gosling effect.

With that, the American actor and producer can mold in any look which we would consider hot.

Since his movie series like Hangover, Brad has earned an international reputation as the most handsome actor.

Actually, Bradley speaks several languages. He is fluent in French. This man can not only talk in romanticized language, but he can also cook!

Unfortunately, in 2019, Cooper and his beautiful Russian girlfriend Irina Shayk have ended their relations after four beautiful years.

Bradley Cooper has been working hard since 1999 to find his place to succeed.

He is one of the most successful actors, winning Academy Award nominations (Oscar) for Best Actor once and Best Supporting Actor three times. 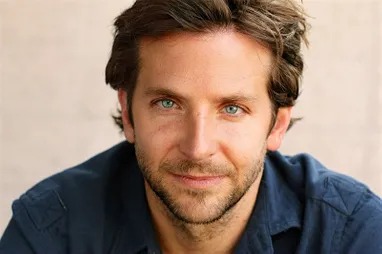 Imagine being expelled from the country just for having a ridiculously attractive face.

The incident took place at the Jandriyah Cultural Festival in Riyadh, in which Omar worked on the promotion booth, together with two other male models.

During an interview with Al Gala in January 2015, several women recognized him from the modeling he had done at the festival.

Girls collected autographs and photos attracting an even more female crowd around them.

Al Gala said that the religious police didn’t like it, and they politely asked the models to leave the festival.

According to a police officer, The authorities feared female visitors would fall in love with them, and the event might turn into something else.

The Saudi Arabia delegation issued a statement later clarifying that it was never the country that Omar Borkan Al Gala and the other two models were asked to leave but only the festival event.

Al Gala has gained 800,000 likes on his Official Facebook page within 48 hours of the incident got viral.

He refused to confirm or deny the story for nearly two years.

His wise decision to remain silent made him some marriage proposals and a Mercedes G55 gift. 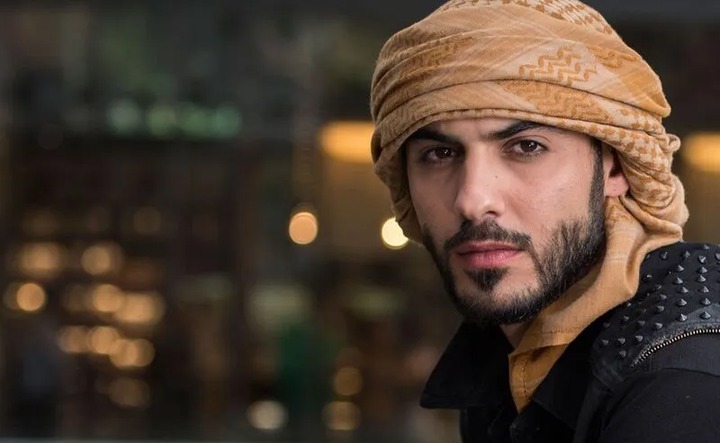 Henry has won a global reputation amongst global media as Superman in the DC Extended Universe.

He recently starred in Mission: Impossible Fallout as August Walker, a CIA assassin for Ethan’s Special Activities Division who has been responsible for tracking his squad.

Justice League was a battle between three leading actors, Ben Affleck as Batman, Henry Cavill, and Jason Momoa as Aquaman (my favorite).

All three actors beefed up to play their superhero roles, but Cavill’s red cape gave us a better glimpse of his muscle-building workout.

His broad & Supermanish jawline and eyes manage to get him some extra female fans.

We can’t wait to see him again as Superman in DCEU Synderverse, and as comic book fans, we all hope to see one of the most good-looking actors reprise his role.

Cavill was ranked in the second position on Dr. Silva’s list for his Golden Ratio facial structure. 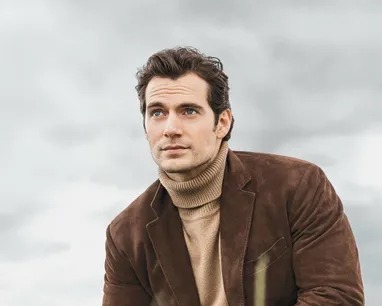 We generally know this legendary soccer star, father of four, and the husband of pop star and fashion designer Victoria Beckham for his chiseled looks for a long time.

He occasionally is featured on Pepsi, Adidas advertisements, and Giorgio Armani’s modeled underwear.

Ironically, he never thought of himself as an “attractive, sexy person.”

We can recognize David Beckham as one of the world’s most marketable sports players. Even today, in 2021, women go over him at the age of 45. 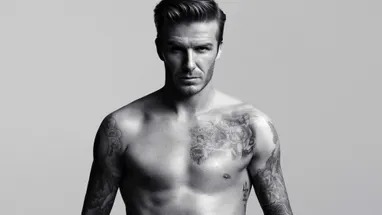 In 2018, Elba was featured and several fashion magazines and the reputed People Magazine list.

Idris Elba smolders with his signature suit look on the cover of many magazines.

He was also the contender to bag the James Bond role. Unfortunately, he didn’t get that. However, it doesn’t make fans less love him! 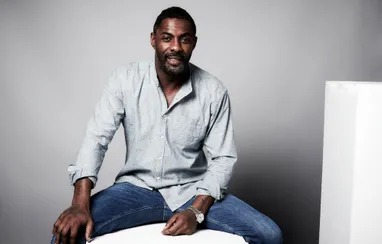 Many regard Hrithik Roshan as one of the sexiest and the most handsome guy in the world, consistently ranking on the list.

I would arguably mention that Kaho naa Pyar hai sensation has the most muscular body than anyone on this list.

This Bollywood actor, with his hazel color eyes, has all the features required to be officially mentioned as “Greek God.” 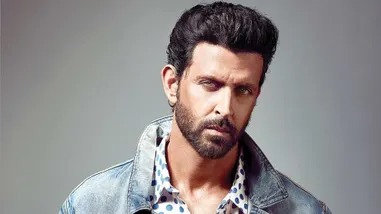 Tom Cruise is an American actor and producer known for his role as Ethan Hunt in the Mission Impossible movie series.

Tom (Born in Jul-62) is currently around 60 years old and still looks very attractive and often tops the beautiful men list (but not this one).

Personally, I would say Tom Cruise is the hottest man alive in the world right now. 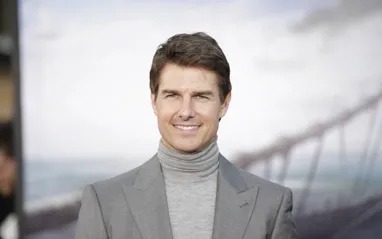 Brad Pitt is synonymous with male handsomeness, both in the usual sense and scientifically.

His sharp jawlines, hairstyle & “not-giving-a-f**k” attitude have placed him in a Bad-Boy stereotype.

He married Angelina Jolie in 2014 but recently got divorced in 2019. The now ex-wife is one of the top Hollywood actresses, and both were termed as perfect couples.

Brad Pitt is one of the highest-paid actors in the world who delivered some of the best performances in cult classics like Fight Club (1999), Se7en (1995), Inglourious Basterds (2009), and the recent hit, Once Upon a Time in Hollywood (2019), Voom Portraits (Feat Johnny Depp).

Brad won Golden Globe Awards twice for 12 Monkeys and Once Upon a Time in Hollywood and is a five-time nominee.

Brad Pitt is ever fit with the ideal built body, dresses well, but often dresses informally, but never seems to wear trashy garments. 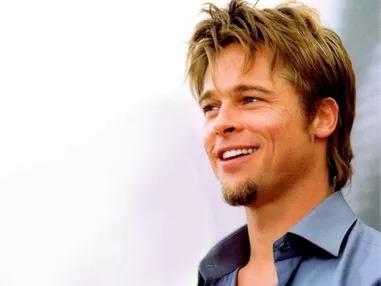 Robert Pattinson is named the most handsome man in the world 2021 after a research by facial plastic surgeon Dr Julian De Silva into what makes up the ‘perfect face.’

According to Dr Silva, his physical face dimensions are 92.15% ‘accurate’ to the Greek Golden Ratio of Beauty Phi.

Golden Ratio is a mathematical ratio of 1.618:1 and manifests in some naturally occurring patterns.

The score is based on many facial ratios like face height: face width, Outer & inner edge of the eye: Center of the nose, etc.

Our new Batman star’s eyes, eyebrows, nose, lips, chin, jaw, and facial form were closest to the Greek idea of perfection compared to other celebrities.

Even if we don’t consider scientific factors, there must be a reason why Robert Pattinson landed an iconic role as a vampire Edward Cullen in the Twilight saga.

Robert Pattinson started his career in the movie Harry Potter and the Goblet of Fire (2005).

It could be sharp facial features, mysterious eyes, or maybe it could be the vampirish gothic charm that makes every teenage female fantasy go wild. 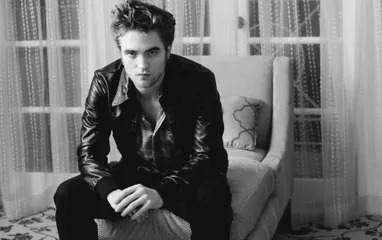