Sée what most South African women will never do in marriage

During women's month in South Africa, I conducted a personal research on social media (Facebook) about the responsibilities of women in marriages. 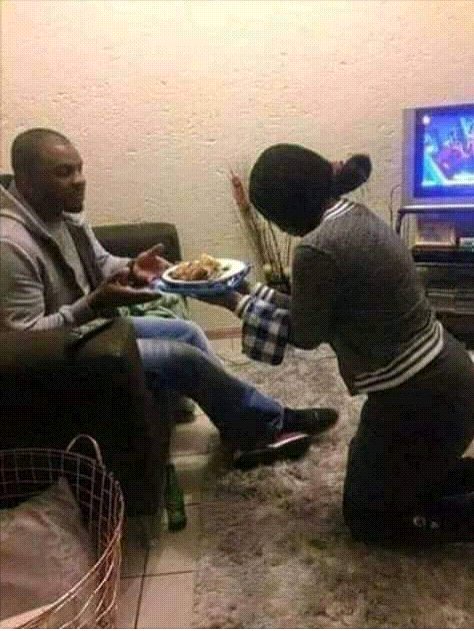 The actual question was "When is it the right time to do this (referring to the above image)? In a relationship or marriage?" The post received a lot of mixed reactions, which I anticipated.

Let's check out some of the reactions from the screenshot photos taken from my mobile phone. 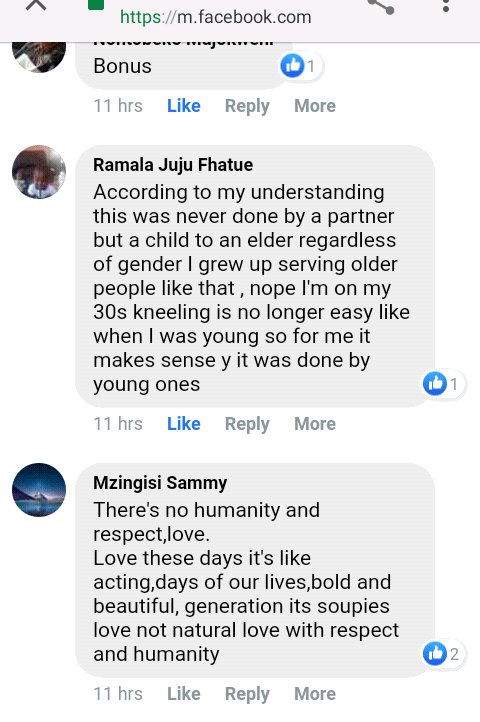 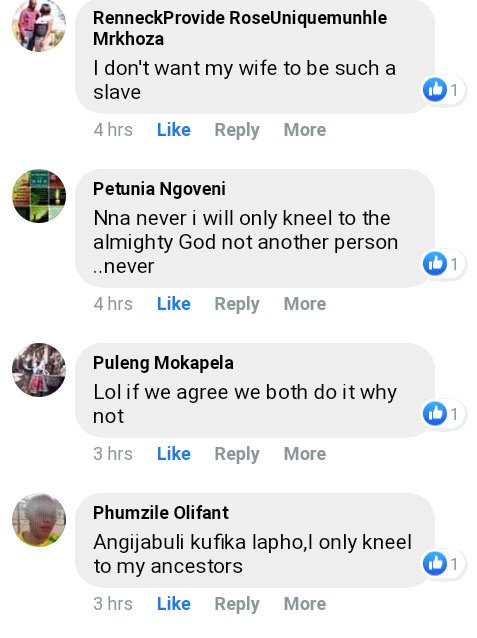 Most women confessed that they will NEVER kneel down to serve a husband. Some jokingly said that will money kneel down on the husband's pay day. Hilarious!

One male user felt that this practice is slavery and wouldn't want his wife to do it.

Another reaction, that I found to be hilarious was that they only kneel down to pray to God and to their ancestors only, and nothing else.

While others found it to be a laughing matter, others have different views about who should be doing the kneeling. One user was raised to kneel down as a child to serve elders only, not a life partner.

And another user lamented that relationship of younger generations are full of fake love, disrespect and lack humanity just like actress and actors in soapies.

Check out some users who are not against the practice.

One different user, suggest that if couples both feel comfortable with this practice then it is not a problem, however, if the practice feels like slavery to the woman, then they should engage in such a practice.

In ancient times, kneeling down to serve a husband was regarded as a sign of respect and submission by the wife. However, times are evolving and this practice has lost it's value.

Being in diverse country with different cultures comes with its own set of challenges particularly on the role of women in a marriage.

My personal findings conclude that most women would never kneel down to serve their husbands food.

Let me know what you think of this practice. It is slavery? Is it a sign of respect? It is outdated? Should men also practice it too and relieve their partners?