A social media post featuring a chat between two gentlemen had people laughing out loud in the comments.

According to reports, a man who had just learned that his girlfriend had been unfaithful texted his top suspect, a man who used to frequently phone his girlfriend, in an effort to calm himself.

Well, it seems as though his worst nightmare came true when the guy not only admitted to having an affair with his girlfriend, but also acknowledged and accepted the fact that she has another boyfriend, making them two girls dating the same girl. He is okay with this, which is why he calls the other boyfriend his "boyfriend in law."

As we can see on the below post , the boyfriend is confronting his girlfriend's other boyfriend.

An individual by the user name of " Biggaz @ Pjena101 " felt the need to share this sight with the people on social media.

Grabbing the attention of the masses at once , and so far managed to obtain a seazable amount of 11 retweets , 1 Qoute tweet and 33 likes. 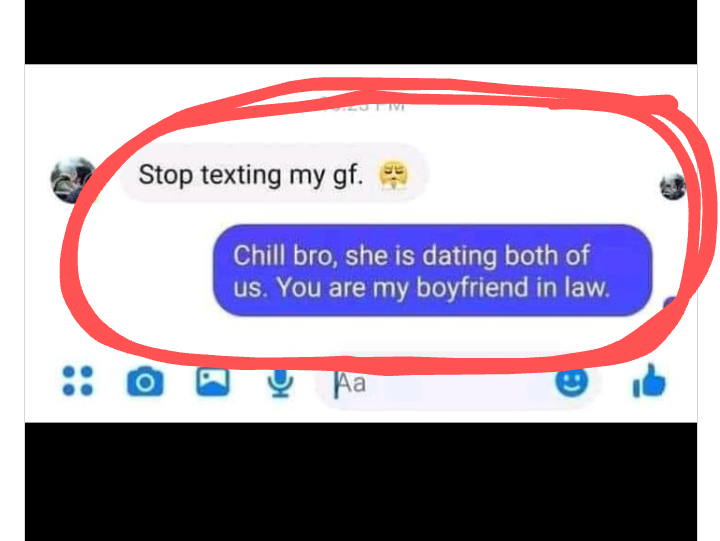