Ba tlo hurda. Clement gets his heart broken as Tlotliso choose his wife over him. Watch Skeem Saam.

By Boogielady (self media writer) | 3 months ago

Clement planned a trip with his boyfriend and he even used his fund that was would have came handy during tough times. His lies finally caught up with him as his parents discover that there isn't any school trip he went on but rather a baecation. Sthoko and Dennis cannot believe what their son did but the worst is still to come. 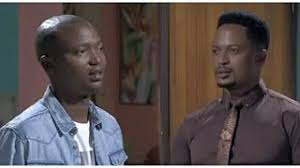 While enjoying their time together, Tlotliso 's wife calls him out of nowhere and that builds up some tension. She confronts him about his fake business trip while he plays gay. Clement believes that she's a psycho, so he tries to fight for his man but the wife doesn't tolerate nonsense. Tlotliso pushes away Clement and even refuse that he planned on moving to Joburg with him. 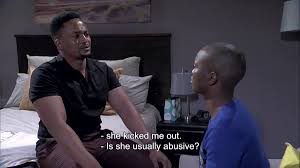 He says that he was only there for a business trip which was going to take few days. His wife orders him to get in the car but Clement too wants his man. Tlotliso chooses his wife without even considering his lover's feelings. Clement is shuttled as he finds out that his lover was just lying to him and promising him a future that isn't there. He finds that Tlotliso was never planning any divorce and the poor woman is not as crazy as he described her. 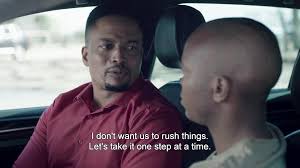 Tlotliso seemed to care more about what his wife thinks than the truth. Clement almost broke down in tears but held himself. Does this mark the end of their affair? Let's just hope someone learnt a lesson. A call from Nothile irritates Pretty to an extent that she reveals the truth to Lehasa regarding the plans his uncle and Nothile 's motives. Pretty is finally a free bird as she aborted but she's not quiet sure how to feel about everything. Catch Skeem Saam every weekdays at 18h30 on SABC 1.

Content created and supplied by: Boogielady (via Opera News )