11 Celebrities Who Say They're Never Getting Married

THESE HUGE STARS AREN'T AT ALL INTERESTED IN WALKING DOWN THE AISLE, EVEN THE ONES IN LONG RELATIONSHIPS

When it comes to marriage, everyone has an opinion. And oftentimes those opinions are shared unsolicited with people who really don't want to hear them. The celebrities on the list below can probably relate to that. As soon as a star reveals that they're in a relationship, they start getting asked about marriage. Where's the ring? What type of wedding do you want? You've been together a whole year, you must be getting engaged soon, right? But not everyone even wants to tie the knot. The following celebrities have said they don't want to get married—or don't want to get married again—and they have some pretty solid reasons why.

Whether you're against the concept yourself or just want to get a better idea why some stars aren't going the traditional route, these celebs' stories may just speak to you. And for famous folks on the other side of the coin, check out The Longest-Lasting Marriages in Hollywood.﻿ 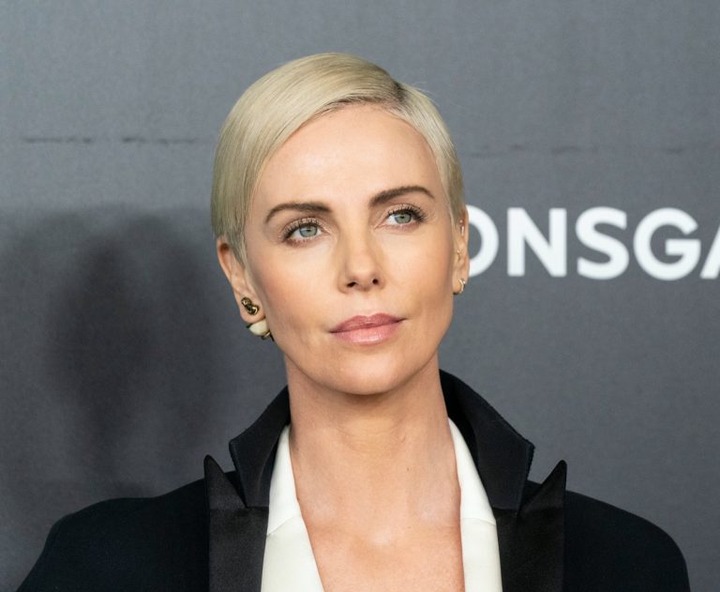 Some people have always known that they don't want to get married, and Charlize Theron fits into that category. "I haven't been in a relationship for a very long time. I never wanted to get married," she told Glamour in 2019. "Those are things that are not hard for me, because they're innately my truth. I find people are somewhat perplexed by that, and also more with women, right?"﻿ 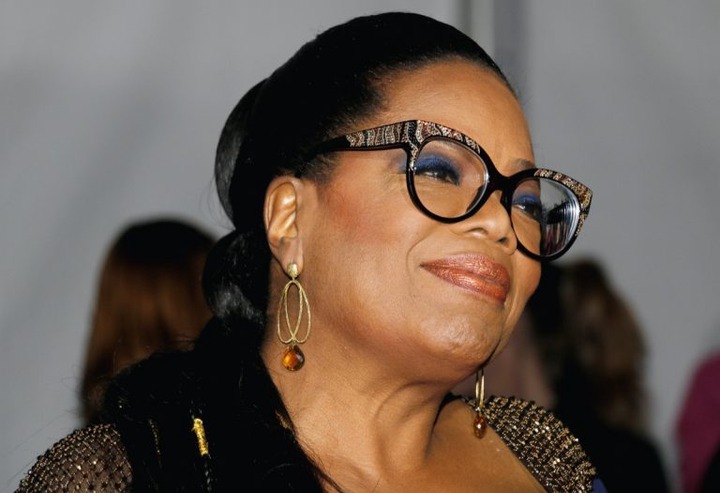 Oprah Winfrey and her partner Stedman Graham have been together for years without making it official. Winfrey has explained that she and Graham did get engaged back in 1993, but that they decided not to go through with getting married, which allowed them to maintain their own identities in a way they didn't think would be possible otherwise.﻿

"The moment after I said yes to his proposal, I had doubts," Winfrey wrote for her own magazine in 2020. "I realized I didn't actually want a marriage. I wanted to be asked. I wanted to know he felt I was worthy of being his missus, but I didn't want the sacrifices, the compromises, the day-in-day-out commitment required to make a marriage work. My life with the show was my priority, and we both knew it." The talk show host added, "He and I agree that had we tied the marital knot, we would not still be together."﻿ 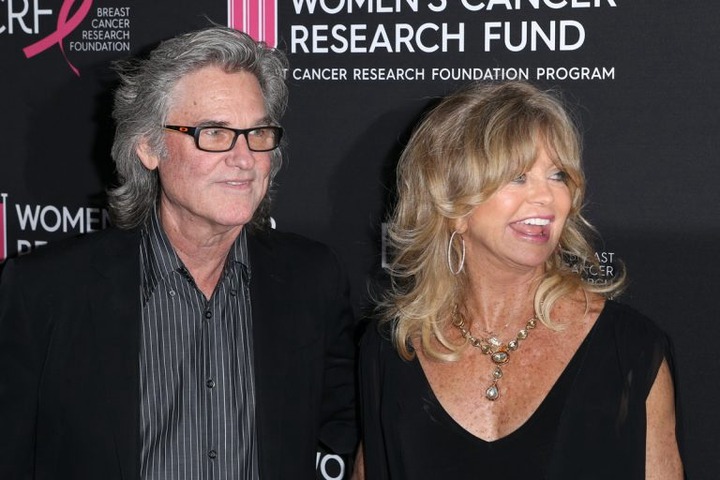 "We've been married before, didn't work. So why do it again?" Hawn said on Loose Women in 2015, at which point she'd been with Russell for 32 years. Hawn was previously married twice to Gus Trikonis and Bill Hudson, and Russell to Season Hubley.﻿

Hawn continued, "Marriage ends up being a business deal, because at the end of a marriage, no matter how long or short it is, somebody owes somebody money … It's ridiculous to base your relationship on money, and money can destroy people." Hawn told People the same year, "We have our ups and downs like everybody else. You have to want to stay together, and we really want to. Therefore you work to be together."﻿ 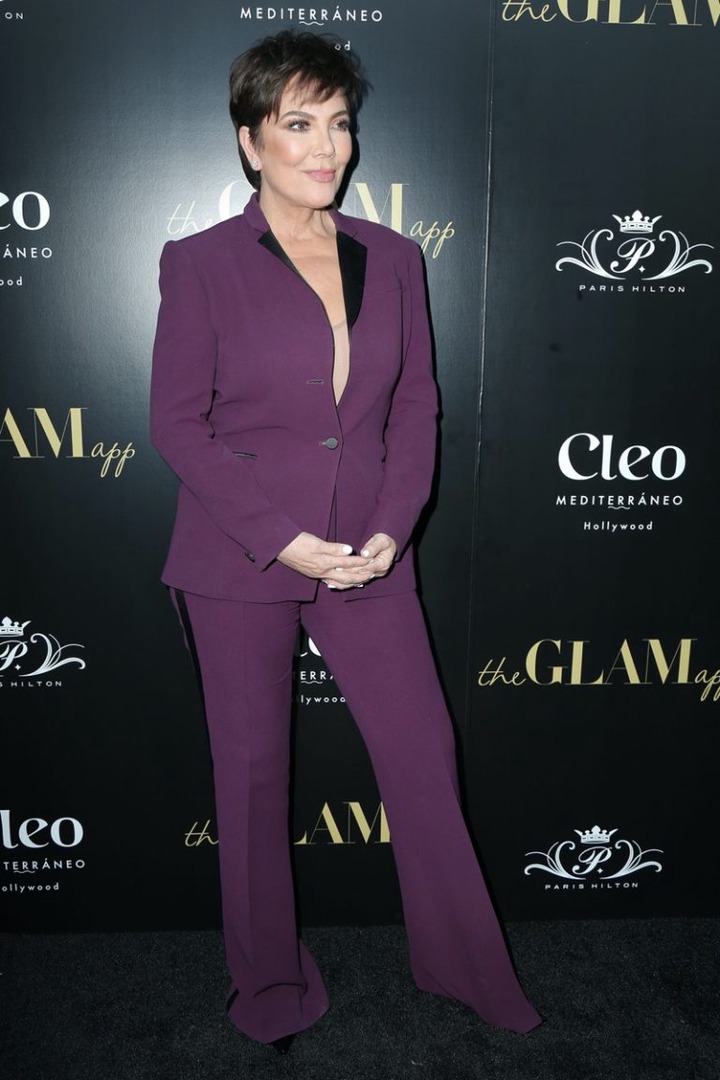 Kardashian-Jenner family matriarch Kris Jenner has been married twice before, to Robert Kardashian and to Caitlyn Jenner. And while she's in another long-term relationship now with Corey Gamble, she's not looking to have a third wedding. "You know, you never say never, but I often say it's just not what I think I need to do again based on my past," Jenner said on the Divorce Sucks! podcast in 2018 (via People). "I don't have the need to put on a long, white dress and walk down an aisle. I've done that. I've had the big wedding, I've had the babies and the kids—six of them, by the way. It's not like we need to do that again; my body wouldn't cooperate if I wanted it to. I think that I just feel really grateful and blessed for my past experiences and I'm looking forward to my future and I just don't think that I want to go there."﻿ 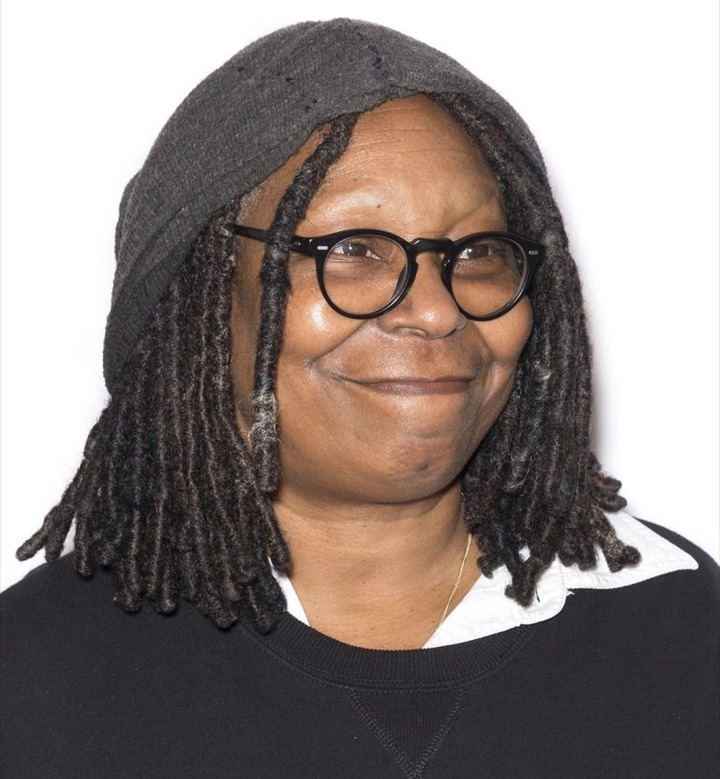 Actor and The View host Whoopi Goldberg is very straightforward about her feelings on marriage, after being married three times in the past. As she told The New York Times Magazine in 2016, "I'm much happier on my own. I can spend as much time with somebody as I want to spend, but I'm not looking to be with somebody forever or live with someone. I don't want somebody in my house." She added, "I'm the round peg, and marriage is the square hole. You can't have a square hole, can you?"﻿ 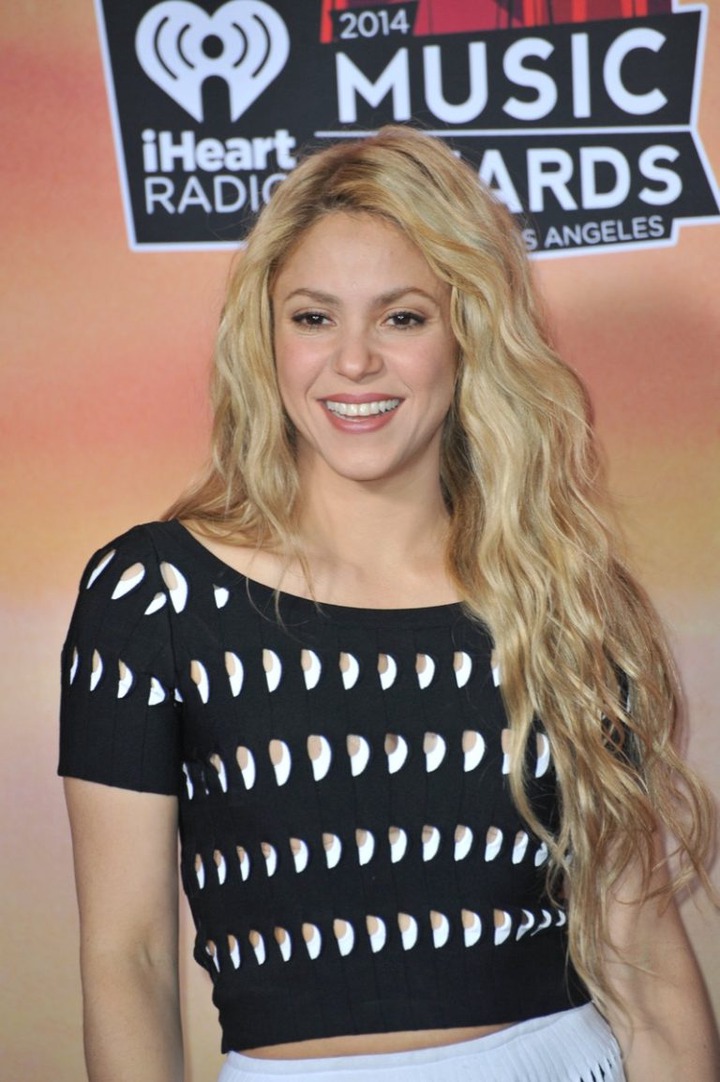 Singer Shakira and soccer player Gerard Piqué have been together since 2011 and have two children together. Their reason for not getting married? "To tell you the truth, marriage scares the [mouths swear word] out of me," Shakira said during a joint interview with Piqué on 60 Minutes in 2020. "I don't want him to see me as the wife. I'd rather him see me as his girlfriend. His lover, his girlfriend. It's like a little forbidden fruit, you know? I wanna keep him on his toes." She added, laughing, "I want him to think that anything's possible depending on behavior."﻿ 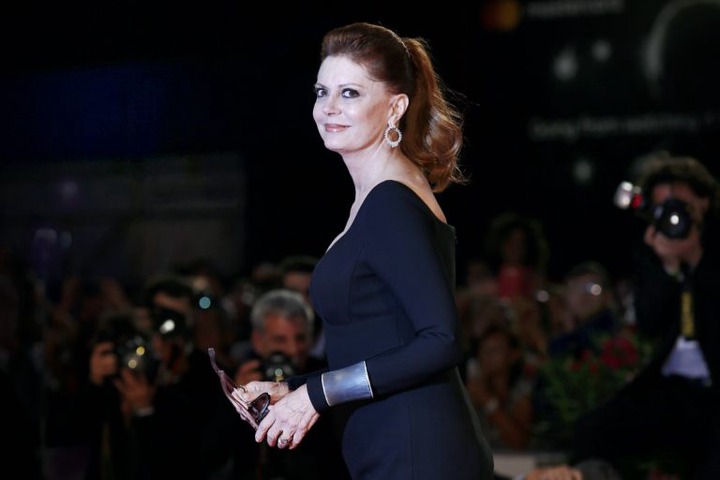 "I believe in [marriage] for other people," Susan Sarandon said on an episode of Katie Couric's talk show, Katie, in 2012 (via Yahoo!). "I think if it works for you, that's fabulous. I don't know, I was always hesitant [of] this idea of locking it in. I thought it would make it less spontaneous … For me personally, maybe it was growing up a hippie at the time I did, it was never high [on my list of priorities]." The Thelma & Louise star had previously been married to actor Chris Sarandon from 1967 to 1979, but after that had relationships without marrying, including her 23 years with actor Tim Robbins.﻿ 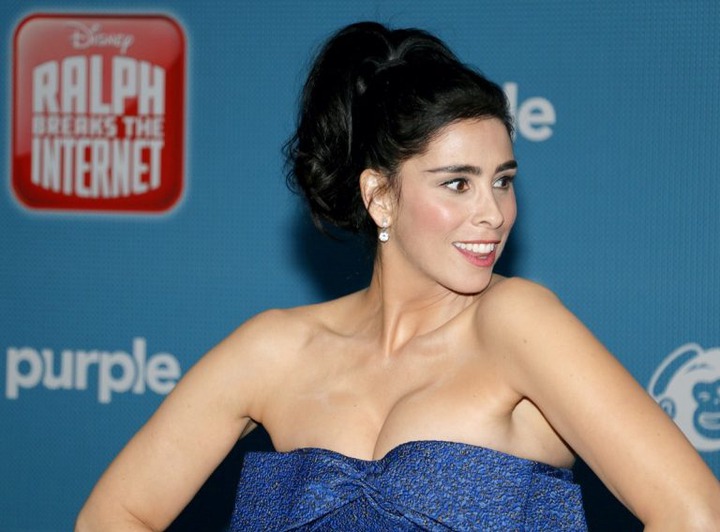 In 2014, comedian Sarah Silverman made her thoughts on marriage very clear when she tweeted, "Just read that I wanna get married which is hilarious b/c I will never get married." A year later, during an appearance on The Ellen DeGeneres Show, Silverman said that, no matter what, she wouldn't get married until same-sex marriage was legalized everywhere (it was in the U.S. later the same year). However, she also added (via People), "And besides that I don't know that I would want to get the government involved in my love. Personally."﻿ 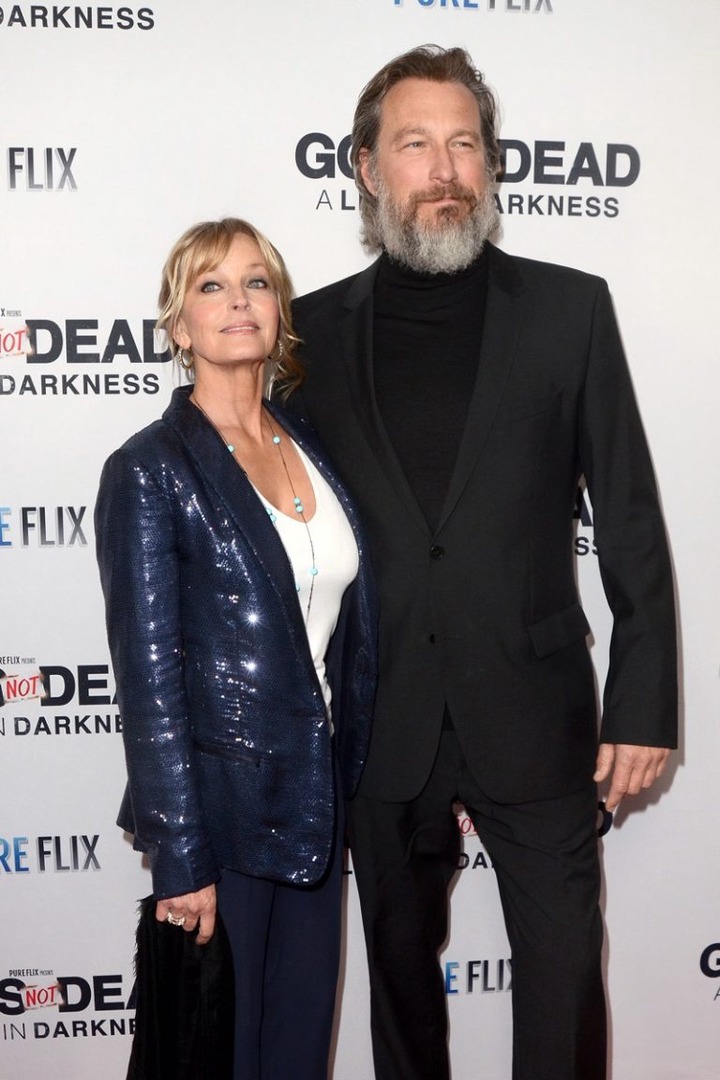 10 star Bo Derek and Sex and the City actor John Corbett have been together for almost 20 years, and they've decided not to get married just because it wouldn't mean much to them. "I don't mind being asked [about marriage] because we're the abnormal people," Derek told Entertainment Tonight in September 2020. "It's not really a conscious decision not to, it's just at our age, we're not going to have children, we're not building a new family together, that this is important to a family tree. So for us, it would just be a piece of paper." Derek was previously married to actor and director John Derek, while Corbett has never been married.﻿