#Dlozlami is one of the best African Spirituality reality show. It's very educational. A lot of us were never taught these things. 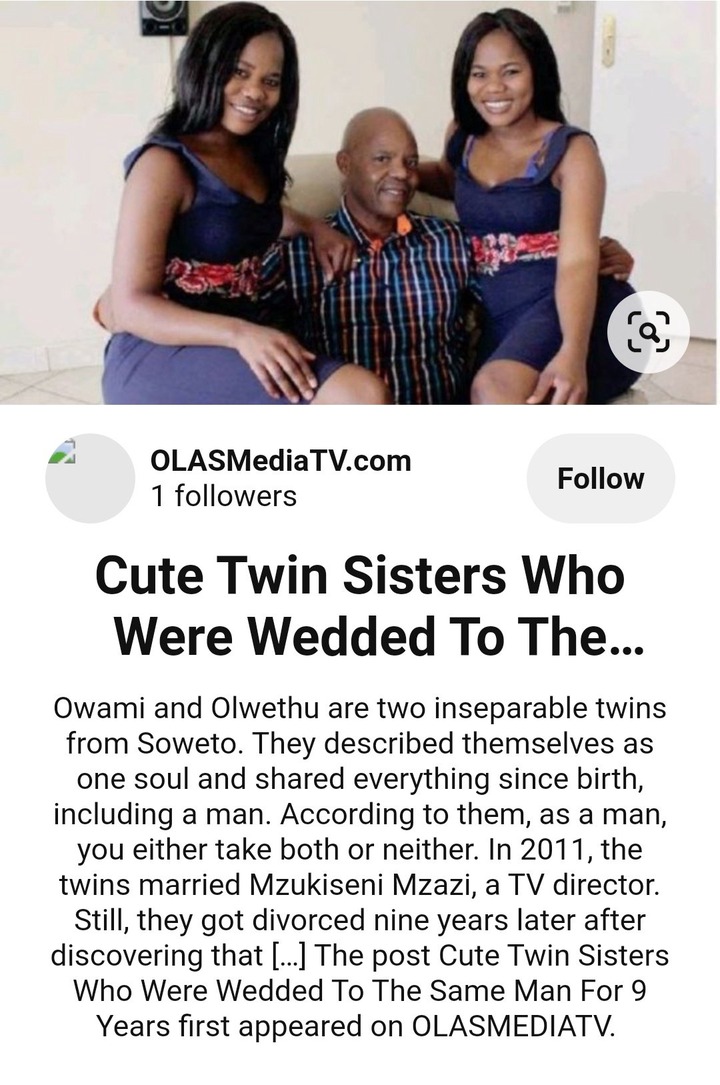 Twin sisters thoughy married to 1 person, having a kids fathered by the same guy., born 2 months apart, behaves like twins. After planning all this theory ancestors are not happy and one had to come out. They can't date the same person. Parents really need to start raising their twins/multiples as individuals because what is this behaviour? Even their kids are part of this foolishness. 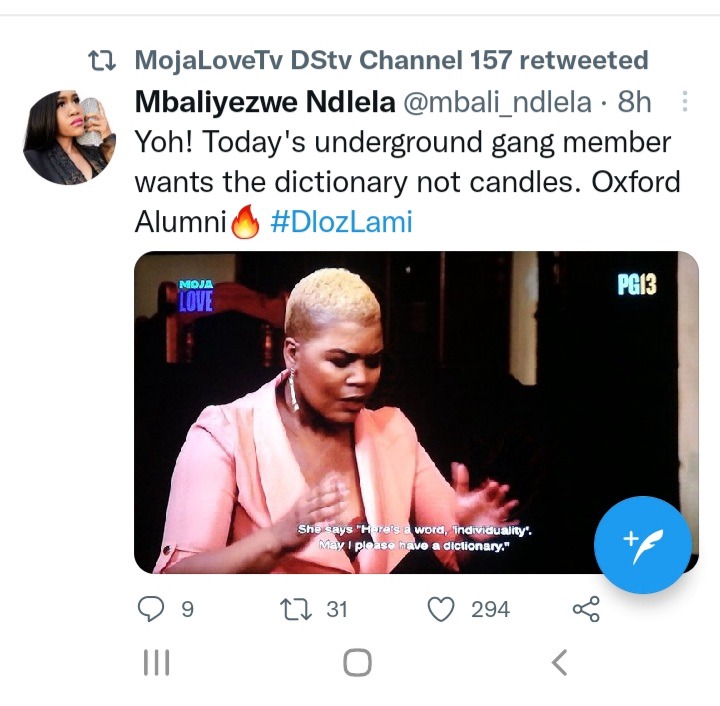 Twin sisters married the same man because they wanted to share everything. They just said the guy made a deal with them to help them get famous/actress but In return, he will marry both of them and due to poverty at that time and desperation to be famous they agreed to it all. Yes, but they also said that they still want to be connected in every way even now. They are not ready to be separated.

True their bond is so strong due to their mother being absencent and it made them to rely on each other too much and it also lead them to make some poor decisions life of which got them where they're at the moment. It is promising that they got to confront the issue.

They are still stubborn. Besides all of that, naturally it is difficult to separate the twins nje. They also said they wanted to be married to the same men. This girls seems to be unreliable I don't believe them. Their daughters were born 2 months apart. From the same man.

They had a reality show if I'm not wrong with that old man of theirs. Apparently these guy o ko flim industry nje, i have seen him around. They were on Motswako during the era ya Mapaseka Mokwele, there was also an article written ka bona ko Drum Magazine. The ex - husband is a TV producer if I remember correctly. Yes. They used to be interviewed a lot with their TV hubby. Its actually old news that resurfaced.

These kids are from different mothers but they have the same DNA. They are turning their daughters into twins, while they are not. Their grandmother didn't say anything about that but she's preaching about individuality. 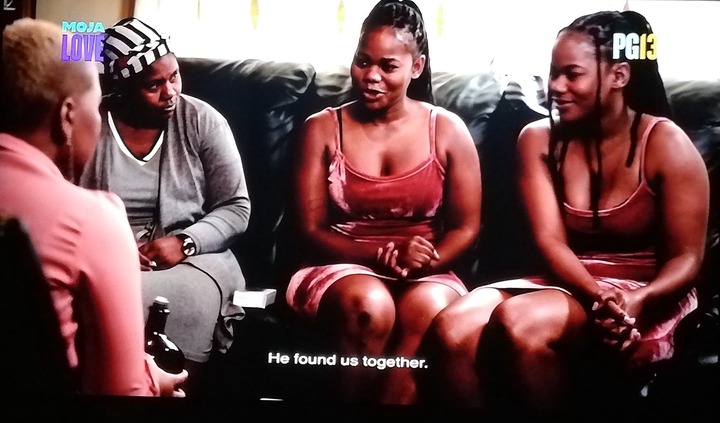 I like it when the ancestors speak through Sis'Thembi, damn, it's amazing. Today's underground gang member wants the dictionary not candles. Oxford Alumni. She wants a picnic and not the slaughtering of cattle. 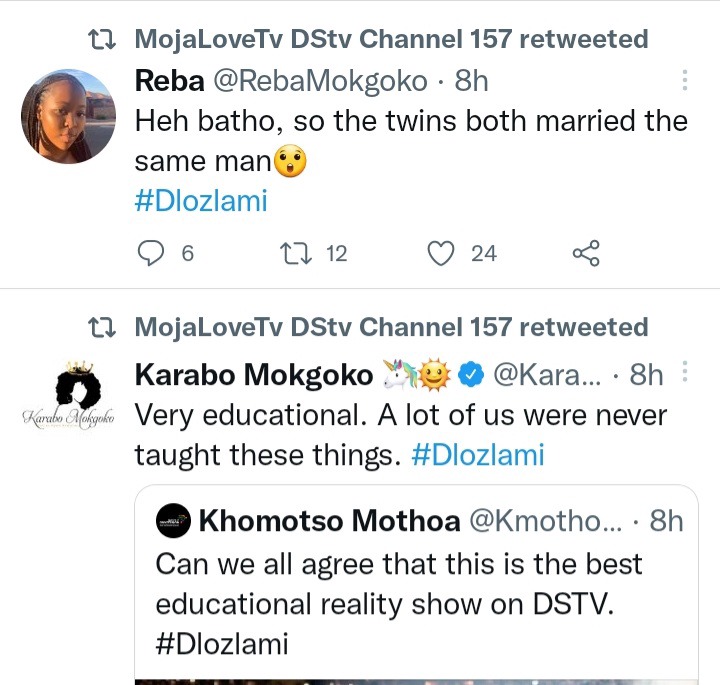 Bathong these two don't want to be separated from each other. Are they planning on marrying another man together? And the fact that their kids share the same father??? 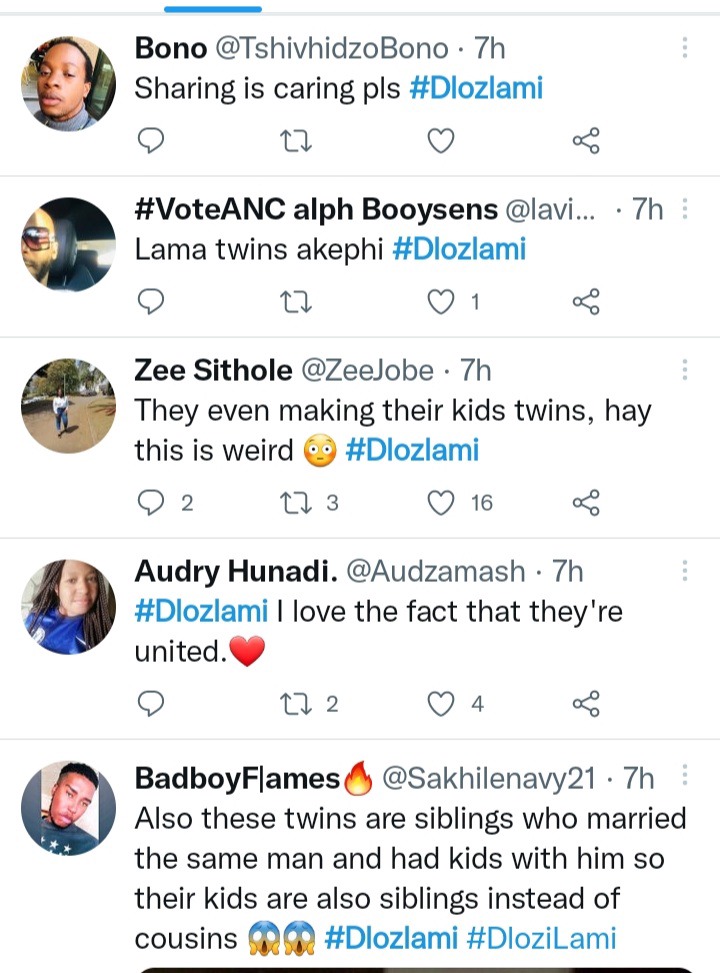 Here is the recap of where we first saw the twin. Take a look here for more information about the twin sisyers as they tell their story.

What do you think.