A woman pulled a Shocker, when she confessed to her husband that she slept with his young brother

Bontle came to confess to Nyan Nyan that she slept with her husband, Anele's young brother because he was neglecting her and he was abusing her. Anele was even beating her up and she is scared of him and because when he is angry, he beats her up. He was got anger issues. His parents don't like his wife. His wife said, he must leave her because his parents told her to leave her because she is older than him. 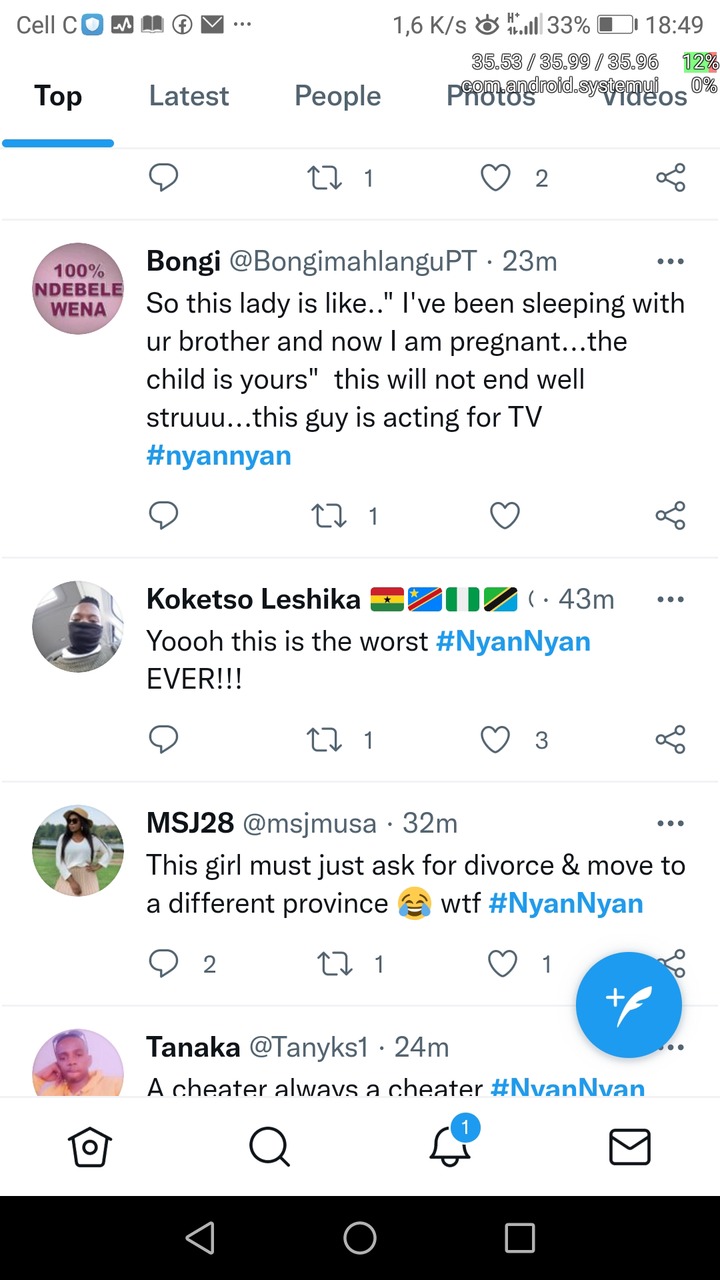 Anele said he was going to work and he heard people saying to him that his wife was cheating on him. Anele says he feel like betrayed. Bontle said she told the young brother, they have to told stop sleeping together and the young brother even left his job and went back home.

Anele says he is not happy with Bontle, sometimes, goes to her family and she doesn't tell him that she is going there. And she denies the allegations that she has ever went there without informing him. And she says, he likes to ask her to call him back and she can't call him back because she doesn't have airtime.

Another confession she made is that she is one month pregnant. He was so happy about the good news that he will be a father. He is looking forward for that gift of a baby. Though he said he wants her stop spending so much if her time with friends, she must spend time at home. She said he wants him to stop having secrets, hiding things from her. He must open up to her.