After a white lady married an African man, See what happened

By DLight (self media writer) | 6 days ago

" In 2012, while on vacation in Africa, I met Sylvester Mumba. Sylvester used to sell wooden items at a park. He was an accomplished woodcarver. He used to create attractive wooden decorative crafts.

I obtained his contact information after requesting that he create a wooden map of the United States of America with my names written on it. From that day on, he became a buddy, and we maintained contact even after I returned to the United States. I met him when I was 23 years old and single. I simply didn't feel cheerful. I was essentially alone, and if I got lonely, I would phone Sylvester. We would converse for hours on end. 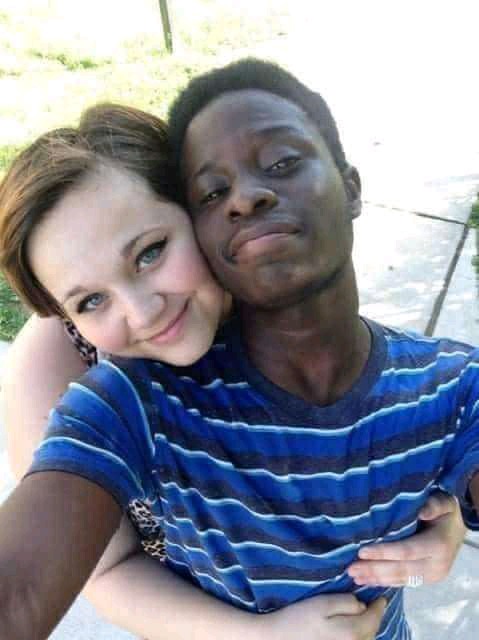 Although he spoke in terrible English, I understood all he said. He used to tell me that we were destined to be together since I was the only one who understood his poor English. Six months later, we began dating. I began saving money while working as a Host in a SteakHouse. I visited a travel agency, purchased an airline ticket, and was headed to Africa once more.

But not to see Victoria Falls this time, but to see Sylvester. At the time, the round-trip ticket cost $1,357 USD. I stayed in Zambia for a month and we married soon. Then, following the wedding, I left him in Zambia and returned to the United States. Back in the United States of America, I hired an immigration lawyer to assist me with Sylvester's visa paperwork.

And immediately following the games, there was a reception at which we met with soccer players and other guests. I've attended numerous celebrations of Zambian independence organized by the Zambian community in Atlanta. I began noticing one thing: Zambians in the United States of America enjoy gossiping and dislike seeing their fellow Zambians (Friends) excel in life. Sylvester's Zambian acquaintances, men and women alike, would call and inform me that Sylvester married me not out of love, but out of poverty and lack of documentation.

They would inform me that he was circulating among the Zambian community, informing people that he was merely exploiting me to obtain citizenship. They informed me that he would leave me once he received a ten-year green card. Some of his male friends would phone and request that I divorce him and marry them instead, while others would call and request s3x with me. I couldn't care less what people said to me, I adored him and he meant the world to me, I continue to be perplexed as to why some Africans in diaspora feel jealous of one another. My step sister married a Nigerian man, and Nigerians are incredibly supportive of one another.

Sylvester and I then chose to distance ourselves from all Zambians in the United States of America due to their rumors interfering with our marriage. We were once again content until June of this year, when Sylvester was arrested for narcotics possession. He'd gone drinking with a few of his trusty Zambian buddies that day. Around 12 a.m., they all agreed to call it a day. Sylvester was the only driver, therefore he was responsible for dropping off his pals at their respective residences.

And on his way home from dropping off his buddies, he was stopped by a police patrol car. His friends planted drugs in his car and alerted the authorities. That is how he was apprehended in June and deported to Zambia. It was three weeks ago. I attempted to resist his deportation for four months but was unable to do so due to the strictness of our immigration regulations. Individuals are deported for minor offenses. And the sad part is that his pals have been pleading with me to date them since he was arrested. My husband Sylvester was deported back to Africa and tragically committed suicide three weeks later on Friday 24th November. Sylvester was laid to rest on November 27th, 2018 in his parent's hamlet in Zambia's northern region. I've been crushed up to this point.