According to the Australian academics researching it, the object is smaller than the sun and must be rotating because it only emerges as an ultra-powerful radio signal for around one minute every 20 minutes. Between January and March 2018, the signal emerged and vanished at this rate for several hours of telescope observations. It was one of the strongest radio signals in the sky during its minute-long broadcasts. "That was a huge surprise. For an astronomer, that was a little strange because there's nothing else in the sky that can do that "In a press statement, Natasha Hurley-Walker, an astrophysicist at the International Centre for Radio Astronomy Research, stated she spotted the object.Since then, they haven't found it.

Whatever it is, it is only 4,000 light-years away, in our "galactic backyard," according to Hurley-Walker. The mystery object is most likely the collapsed core of a dead star with an extraordinarily intense magnetic field, according to the experts.

The object was identified by Tyrone O'Doherty, a PhD student at Curtin University, in archival data taken by the Murchison Widefield Array telescope in 2018. On Wednesday, the findings were published in the journal Nature.

"It's wonderful that the source I discovered last year has turned out to be such a strange thing," stated O'Doherty in the press release.

Astronomers are baffled by a handful of 'transient' signals.When astronomers notice a signal that arrives and then vanishes, they know they're dealing with a dead or dying star. These brief impulses are referred to as "transients."

Some transients come out of nowhere, emitting radio waves for a few months before dissipating. Supernovae are huge stars that collapse and eject their outer layers in a cataclysmic demise. Other transients can be seen in the sky, flickering on and off in milliseconds or seconds. Pulsars are the highly magnetised cores of long-dead big stars that spin fast and produce radiation beams from their poles.

However, no known astronomical transient will emerge for a full minute every 20 minutes and then vanish from the record.This is the most recent in a long line of unexplained objects discovered by astronomers using low-frequency radio telescopes. Unknown objects near the Milky Way's center have sent four more fading signals. Because they don't behave like any other transients and have little in common with one another, astronomers have grouped them together as "galactic center radio transients," or GCRTs.

The Australian researchers explain in their report that their nearby spinning object looks like one of these GCRTs, which sent a radio signal every 10 minutes.

There may be more enigmatic things like this one. 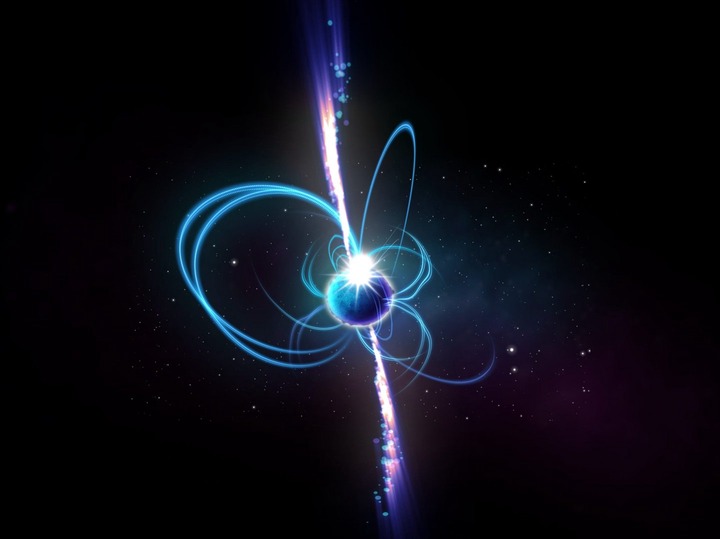