Since people are saying most of the stories in the Bible are myths. Most of the researches done by archeologists have come clean and accurate. Researchers have found large masses of granite and hard metamorphic rock, for example, which can be traced to Scandinavia, are scattered over the plains of Denmark and northern Germany. Some of these blocks are of an immense size, weighing thousands of tons. Meaning the water of the flood was so strong enough to push those rocks to higher place from their original place of Scandinavia. 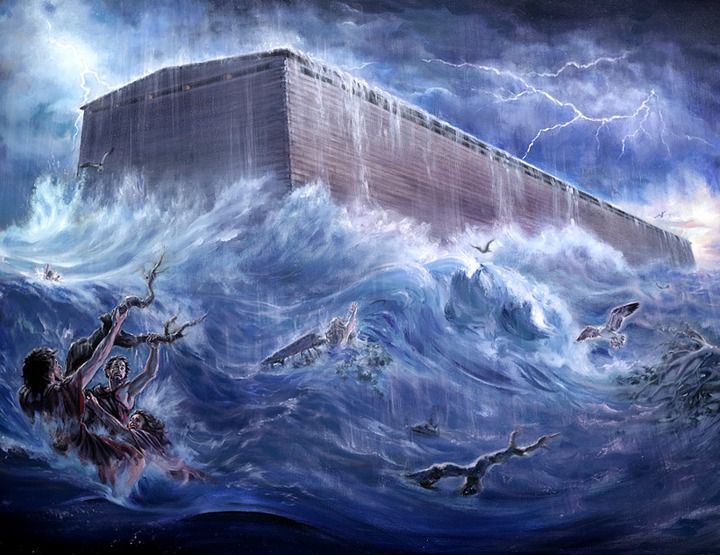 Some scholars have theorized that these huge masses of stone were carried to their present locations on top of glaciers during an ice age. But it has surprised so many people because those rocks are also found in places that are warmer. In Africa and Asia those rocks of Scandinavia type were found again in the higher places suggesting that they were moved there by the high pressure of water. also found in warmer climates far from any signs of glaciation.

Scholars checking in other parts of the world. They found similar heaps of rocks similar to other places from South of the earth. This indeed suggests that the rocks were moved by running volatile water not glaciers as others suggest. In Saxony rocks have found lying together which still have their source in Scandinavia. If one looks at the center of the earth we have equatorial region which consists of Congo forest and Amazon forest in Brazil. In this region we have biggest rivers in the world. Amazon river and Congo river their formation might be the Flood. Countries like Lesotho have many tributaries that form streams that have greated Lesotho to have many rivers in Africa. This all never formed just like that. Since Lesotho has an altitude of 1000m above sea level its clear when the water started to subsides it created massive slopes and streams that had to carry running water. The high water falls of Zimbabwe, Victoria Falls or Mosi oa Tunya were all formed from the volatility of the flood. Or the great lakes of Malawi and Uganda were all formed from the flood. 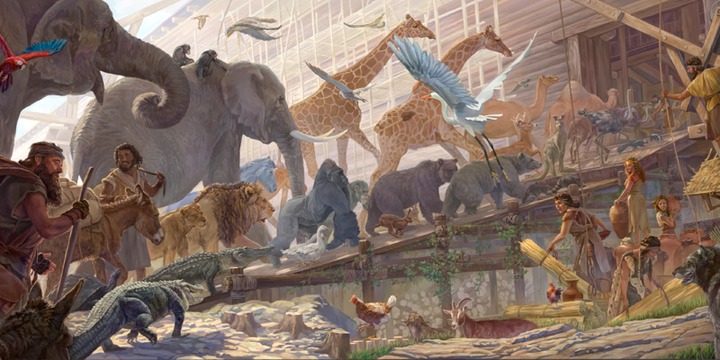 Scientists have found that the 70% of water we have in this world is another proof the world had a tremendous scenario ever seen created by the flood. Of course the land is too minor to occupy all the humans. Again Ice glaciers if they can all melt the land will disappear. This indeed shows that the migh be lands today which are part of the ocean due to the flood.

Interestingly, in the United States, England, France, southern Spain, Germany, Russia and elsewhere huge fissures in the earth have been found filled with the remains of large numbers of animals. They include mixtures of bones of the elephant, rhinoceros, hippopotamus, reindeer, horse, hog, bear, and many others. One such cavern near Palermo, Sicily, yielded more than twenty tons of bones for commercial purposes. Often these fissures are located on isolated hills at considerable height where animals would be expected to flee from floodwaters that “kept increasing greatly upon the earth.” (Gen. 7:18) With regard to the variety of animal remains found in one bone cave, the book Earth’s Most Challenging Mysteries asks:

A worldwide flood would surely make a deep impression in the memories of those who survived it. It is only reasonable that they related this event to their offspring. Since it was from “the families of the sons of Noah,” the builder of the ark, that “the nations were spread about in the earth after the deluge,” we would expect to find references to the Flood in the traditions of different peoples. (Gen. 10:32) Is there such testimony to a worldwide flood?

Similar stories you found from many races about the reason of the flood. (1) There was a moral cause of the Flood, namely, man’s wickedness; (2) Global destruction of the human race took place; (3) One man was forewarned and saved himself and a few others in an ark or boat. These stories indeed match showing flood happened.

Greek legend: The man and woman who survive a flood are ordered to repopulate the earth by throwing stones behind their backs. The stones then become men and women.

Hindu legend: A man is warned by a fish that a flood will destroy mankind. The fish instructs the man to build a boat. The man survives the flood because the fish guides the boat to safety.

Babylonian legend: The man and woman who survive a flood are granted immortality and become gods.

Central American legend: A man, his wife, and their children survive a flood while all other men are turned into fish.

Basotho legendary Tales: They talk about a large and big dinasour that came to the village and ate all the people but only a boy called Sankatana survived. The boy came and fought the dinasour. He stabbed it in the belly and many people came out of the belly. SHARE! SHARE! SHARE!

How do you see this?