There are millions upon millions of species of underwater plants and marine life in the ocean, some of which are truly remarkable.

The ocean floor is a treasure trove of untapped creatures and life yet to explore. That said, the discovered part of this underwater world is home to many mind-boggling and breathtaking wonders that give the ocean and seas its ethereal beauty. From anemones that are symbiotic with living creatures to underwater forests, here are some fascinating marine plants that come in different categories, shapes and species.

Just like its name, Sea Whip is a bunch of “whip” like soft coral that comes in bright varied colors of purple, yellow, red, and white. They are known to be soft corals because they lack the calcium carbonate found in hard corals. The “whip” of these Sea Whips contains many polyps (cylindrical shapes with tentacles) on a single stem. These polyps are responsible for bringing in food which is plankton. The sea whip grows around 3ft in height and can be found in shallow water across the globe. 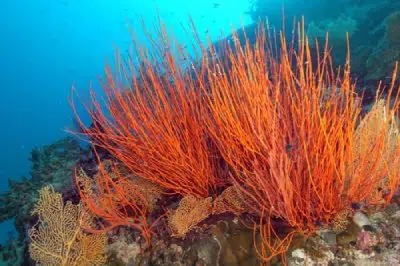 Thanks to “Finding Nemo” this particular sea plant has become more known around the general public. Although a “plant”, a sea anemone has tentacles that cause powerful stings to whatever creature comes in contact with it and there is one fish in the entire ocean that can withstand that sting – the clownfish. They form a fascinating symbiotic relationship where the anemone keeps predators away and the clownfish exchange nutrients with the plant. The sea anemone can be found in both shallow and deep waters worldwide. 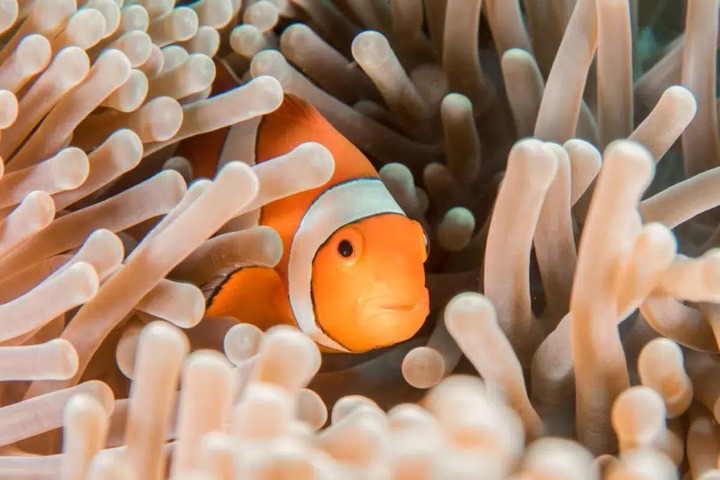 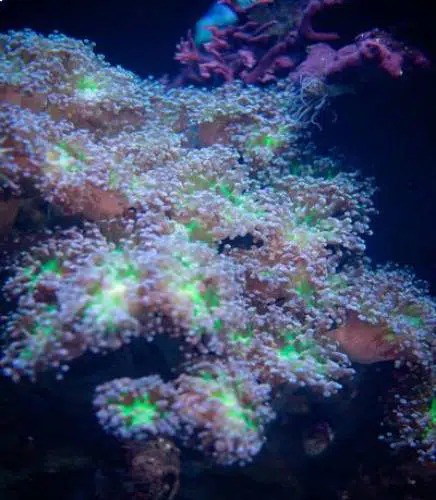 Acropora coral or also known as Purple Coral is the type of coral that grows abundantly in coral reefs. They are the first type of corals that divers see. Their color ranges from the darkest purple to the lightest lavender shades and is the rarest among the sea plants to find. These stunning beauties are also the reef-building species which means they create the backbone for coral reefs providing home and habitat for much other fish and sea life. 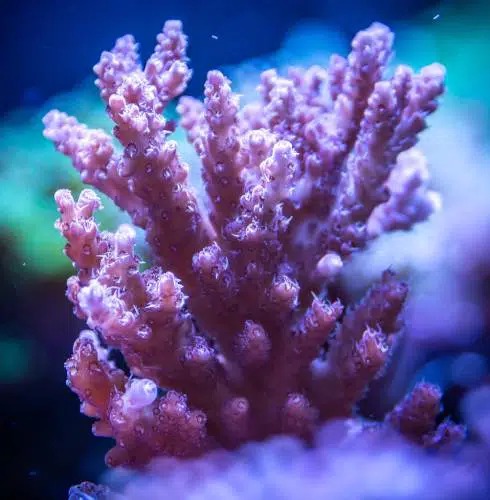 Some of us might know this as a lone, limp, and dark seaweed that rolls up on the beach every now and then only to be tossed aside. But beneath the water, these leafy greens create a whole other world. Towering at an average height of 100ft (30m), these dark plants known as Kelp creates a dense, underwater forest. It is thought to have appeared in the oceans around 23 million years ago with evidence of its use by humans dated back to the Middle Stone Age. Kelp is also used for many things from commercial purposes to a renewable energy source for yielding methane. 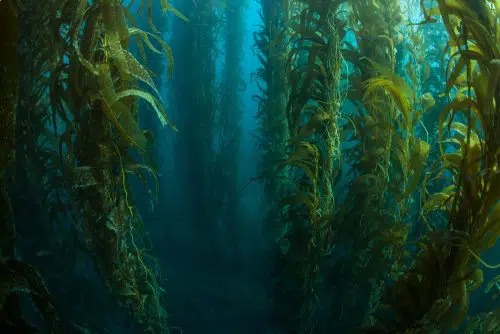 Like their carnivorous family, Giant Green Anemones are bright and attractive amongst the many species found underwater. They bear a strong resemblance to the Anastasia flower and the anemone’s bright green color occurs due to both photosynthetic organisms living in it as well as its own color. They are often found on rock crevices and some coral reefs. 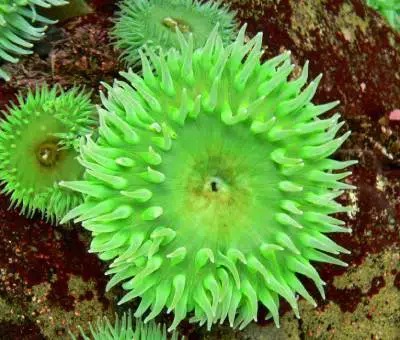 Unlike the regular type of algae, these white pretties are one interesting form of algae. Scroll algae or Potato algae is a beautifully ringed plant that is generally found in low tide lines. Since Scroll algae can survive easily with a little bit of strong sunlight, they are also used as aquarium plants for freshwater fishes. 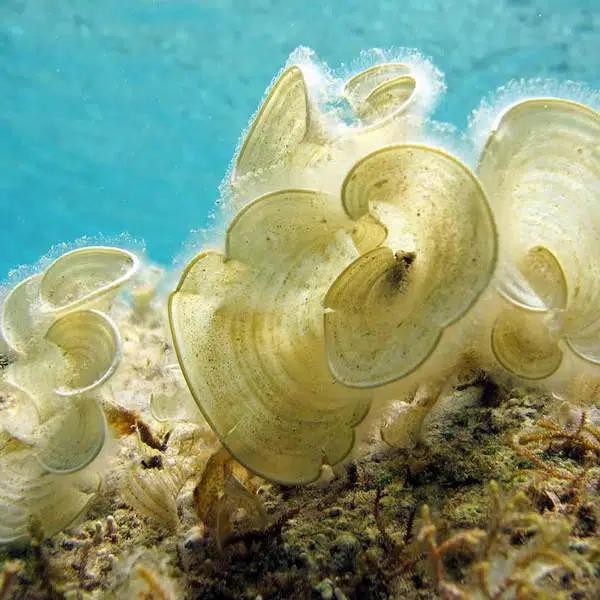 A carnivorous, underwater snap trap – the waterwheel plant traps (in a similar style to Venus flytraps) and digests small invertebrates that land on its hair-like structure. Unlike typical sea plants that are fixed on one spot, these cunning greens are free-floating in the waters of Asia, Africa, and Europe. These plants also produce flowers that pop up above the water for a short while before sinking back beneath for seed production. 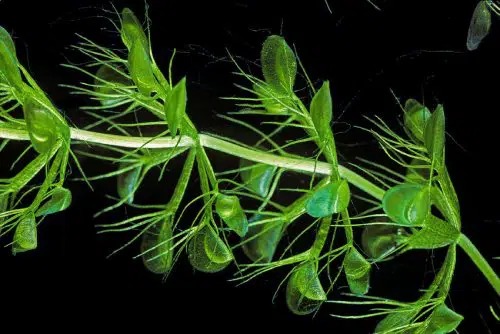 One of the most beautiful anemones that decorate the coral reef, bubble-tip anemone comes in many colors including pink, red, and green. They nourish under bright sunlight with the help of zooxanthellae. The bubble tip anemone is carnivorous in nature. When they prepare to feed, this member of the anemone stretches its sweeper tentacles to grab their prey. Once they have latched onto their food, they shorten again and go back to their regular bubble-like appearance. 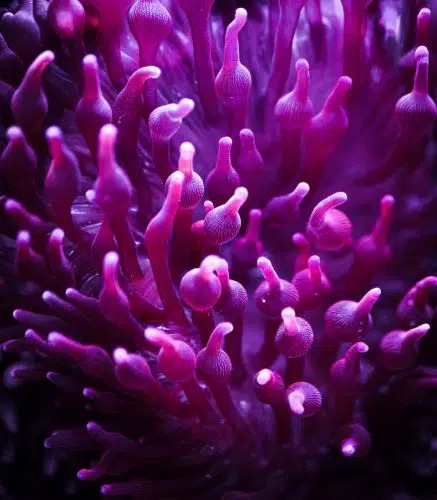 Sea fans are giant living nets that are commonly found across the reefs. They belong to the family of corals and are composed of numerous polyps that grow and branch out in a very fan-like shape. One interesting fact about them is that their shape is influenced by the water itself. They grow broad and large in shallow waters and tall and rigid in deep waters. Due to their antibacterial qualities, dolphins are often found rubbing against the sea fans. This has triggered an interest in scientists as they believe the same antibacterial qualities could be of medical help to humans. 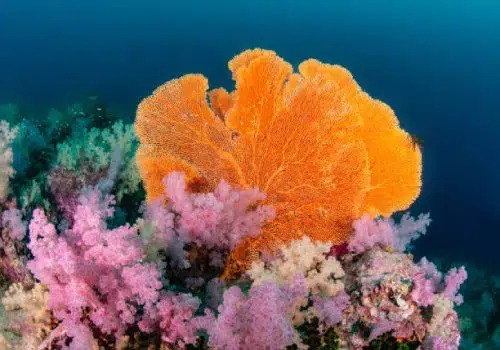 The Story Of Anthony Lefredo, The Man Who Transformed Himself Into A Black Alien

From Mkhukhu to this. Beautiful house transformation that left people speechless.

African countries must open up and allow people to work and trade: Ramaphosa tell Nigerian president

Babies are cute no matter what, See what this young baby did to himself with vaseline

10 reasons why Michael Jackson is the greatest artist ever lived

A suspected thief was bashed to death by community members

What is a true test of strength at the gym?