Genetically Modified Foods and Their Pros And Cons

By Info-Pedia.com (self media writer) | 1 year ago 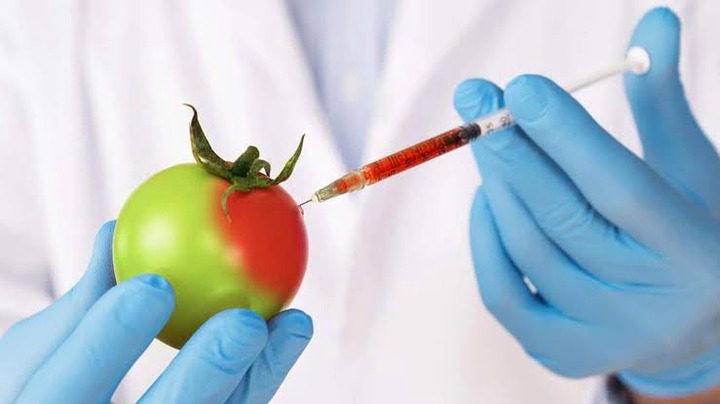 Genetically Modified Food, often classified as GMO’s are foods whose DNA has been modified. This is usually done through genetic engineering where a new trait is embedded into the food which does not occur naturally in their species. Foods produced using GM organisms are often referred to as GM foods. Although genetic modifications have occurred throughout history with selective breeding and growing methods, scientific advances have allowed this practice to advance further in today’s times. But Genetically modified crops are usually regarded as double-edged swords. This is because they come with a set of advantages and disadvantages.

In this article, I will tell you what they are. From advantages like strengthening crops, insect resistance, and is good for the environment to disadvantages like allergic reactions to outcrossing and more.

First, the advantages: They are more appealing to eat: Colors can be changed or improved with genetically modified food so they become more pleasing to eat. Deeper colors change how the brain perceives what is being eaten. Deeper red colors make food seem sweeter, even if it is not. Brighter foods are associated with better nutrition and improved flavors.

Stronger Crops: One of the main advantages of GM technology is that crops can be engineered to withstand weather extremes. This means that there will be good quality and sufficient yields even under poor or severe weather conditions. As populations across the world grow and more land is being utilized, farmers are pushed to grow crops in locations that are originally not suitable. They also have to culture plants that can withstand high salt content in soil and groundwater, not to mention long periods of drought. GM helps them to grow healthy crops even in these conditions. Also, plants that have been genetically modified can become more resistant to unexpected diseases. Just think of the technology as a vaccine for the species, except that it is encoded into their genes, rather than being shot into their immune system.

Easier to transport: Because GMOs have a prolonged shelf life, it is easier to transport them at greater distances. This improvement makes it possible to take excess food products from one community and deliver it to another that may be experiencing a food shortage. GMO food allows us to limit food waste, especially in the developing world, so that hunger can be reduced and potentially eliminated.

They are cheaper: GMO crops are bred to grow efficiently. This means that farmers can produce the same amount of food using less land, less water, and fewer pesticides than conventional crops. Because they can save on resources, food producers can also charge lower prices for GMO foods. In some cases, the cost of food like corn, beets, and soybeans may be cut by 15% to 30%.

Insect Resistance: Some GMO foods have been modified to make them more resistant to insects and other pests. Toxic bacteria which is safe for human use can be added to crops to make them repel insects. This means the number of pesticide chemicals used on the plants is reduced, so their exposure to dangerous pesticides is also reduced.

Improved Nutritional Content: Genetic modifications do more than add pest resistance. The nutritional content of the crops can be altered as well, providing a denser nutritional profile than what previous generations were able to enjoy. This means people in the future could gain the same nutrition from eating lesser amounts of food. For example, rice can be genetically modified to produce high levels of Vitamin A. This can help reduce global vitamin deficiencies.

New Products: New kinds of crops are being developed to be grown in extreme climates, such as those present in dry or freezing environments. As an example, scientists have developed a new type of tomato that grows in salty soil. Another good discovery in genetic engineering is the exclusion of the gene responsible for caffeine in coffee beans, creating decaffeinated coffee beans. The best part is that these can then be grown naturally.

Decrease in Global Warming: Using GM, more plants and crops can be grown and in more areas, including those that were previously unsuitable for farming. This has led to an increase in oxygen levels in the environment, decreased the proportion of carbon dioxide, and, in turn, reduced global warming. A study found that genetically modified crops have made a significant contribution to reducing greenhouse gas emissions by over 10 million tons. This is equivalent to removing 5 million cars from the road each year.

Medical Benefits: Through a process called “pharming,” it is possible to produce certain proteins and vaccines, along with other pharmaceutical goods, thanks to the use of genetic modifications. This practice offers cheaper methods of improving personal health and could change how certain medications are provided to patients in the future. Imagine being able to eat your tetanus booster with dinner instead of receiving a shot in the arm – that’s the future of this technology.

Lesser use of pesticides and herbicides: Herbicides and pesticides create certain hazards on croplands that can eventually make the soil unusable. Farmers growing genetically modified foods do not need to use these products as often. This allows the soil to recover its nutrient base over time. Because of the genetic resistance being in the plant itself, the farmer still achieves a predictable yield at the same time. It also leads to fewer crops being destroyed, which allows a better yield for the farmers.

Good for the environment: GM crops often require less time, tools and chemicals, and may help with reducing greenhouse gas emissions, soil erosion, and environmental pollution. This means that the general health and beauty of the environment that surrounds farms are improved. This contributes to the preservation of better water and air quality, which can also indirectly benefit everyone’s well-being.

Now let’s move on to the disadvantages of Genetically Modified Foods:

Allergic Reactions: In humans, the number one most common side effect of eating GM food is an allergic reaction. This happens when a certain allergen present in the GM crop enters the body and stimulates an immune response. Genetically modified foods are created by inserting foreign genes into an organism. This process is considered to have adverse effects on humans because these inserted genes may carry along with them specific allergens that trigger such an immune response. In addition, there is also the fear that new allergies could happen because of the mixing of genes from two organisms. And because some inserted genes come from bacteria and viruses, the possibility for the transfer of disease is there, too.

May produce superbugs: When pesticides are applied, a small number of pests usually tend to survive. So, the following generation becomes resilient to the chemical, meaning either more pesticides are required or a stronger one. With this stronger chemical, the insects become even more resilient; this eventually leads to the growth of superbugs that decrease food provisions. Bugs can be very pesky not just on crops, but inside your house and garden as well.

Antibiotic resistance: There is concern that genetic modification, which can boost a crop’s resistance to disease or make it more tolerant to herbicides, could affect people’s ability to defend against illness. There is a small chance that the genes in food can transfer to the body or bacteria in the gut. Some GMO plants contain genes that make them resistant to certain antibiotics. This resistance could pass on to humans. People around the world are becoming increasingly resistant to antibiotics and GMO foods could be contributing to this crisis.

Outcrossing: Outcrossing refers to the risk of GMO genes mixing with those of conventional crops. It can happen over large distances, where new genes can be included in the offspring of organic, traditional plants or crops that are miles away. This means difficulty distinguishing which crop fields are organic and which are not, posing a problem of not being able to properly label non-GMO food.

Lower Level of Biodiversity: One potential drawback of this technology is that some organisms in the ecosystem could be harmed, which in turn could lead to a lower level of biodiversity. When we remove a certain pest that is harmful to crops, we could also be removing a food source for a certain species. In addition, genetically modified crops could prove toxic to some organisms, which can reduce their numbers or have them go extinct.

Man arrested for killing his brother after this happened