Top 10 Most Amazing Sinkholes In The World

A sinkhole is a natural depression or hole in the Earth’s surface which may have various causes. Sinkholes may vary in size from 1 to 600 m (3.3 to 2,000 ft) both in diameter and depth, and vary in form. Sinkholes may be formed gradually or suddenly, and are found worldwide.

The first sinkhole in the list, and by far the most amazing is the Great Blue Hole. It is a large submarine sinkhole off the coast of Belize. The hole is circular in shape, over 300 m (984 ft) across and 124 m (407 ft) deep. It was formed during several episodes of quaternary glaciation starting over than 150,000 years ago. 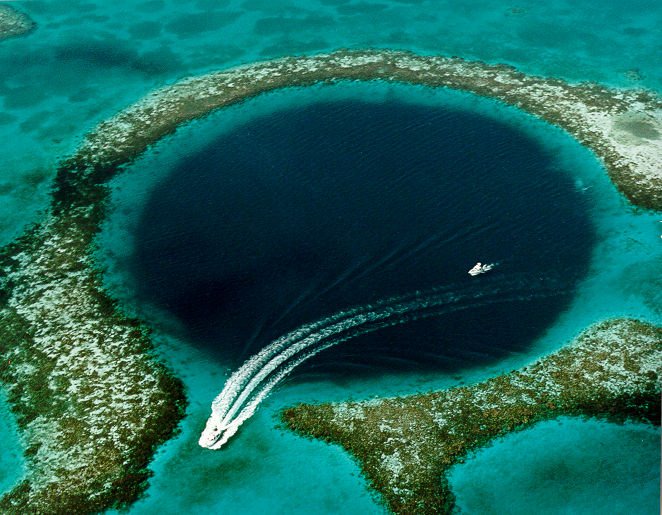 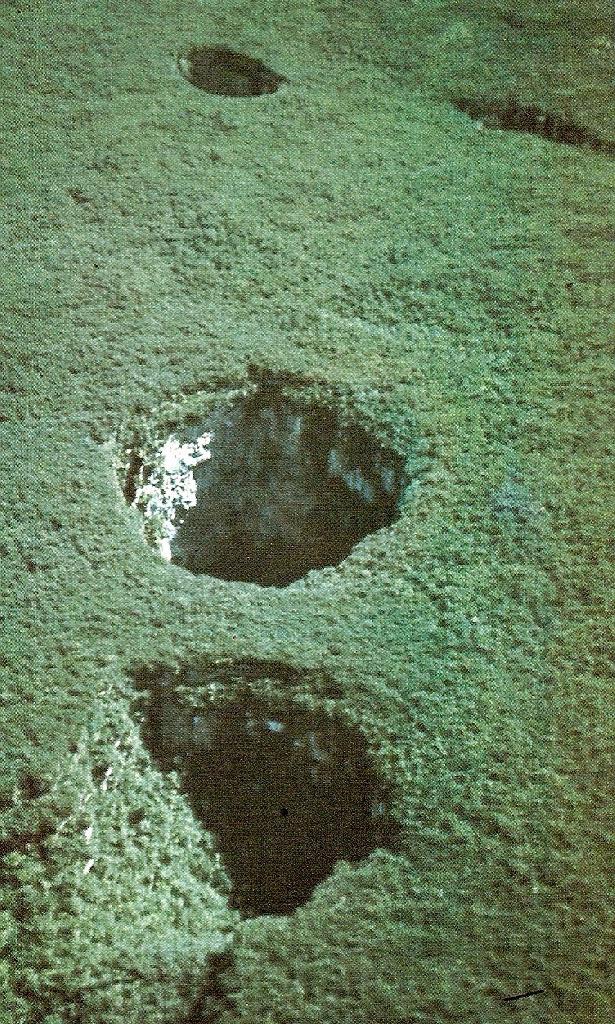 Several large sinkholes have been appearing near Ein Gedi, Israel. The phenomenon stems from a dire water shortage, compounded in recent years by tourism and chemical industries as well as a growing population. There are over than 3,000 open sinkholes along the coast of the Dead Sea, and likely just as many that haven’t burst open yet. The sinkholes can be seen when traveling to the Dead Sea or Masada – two of the best attractions in Israel. 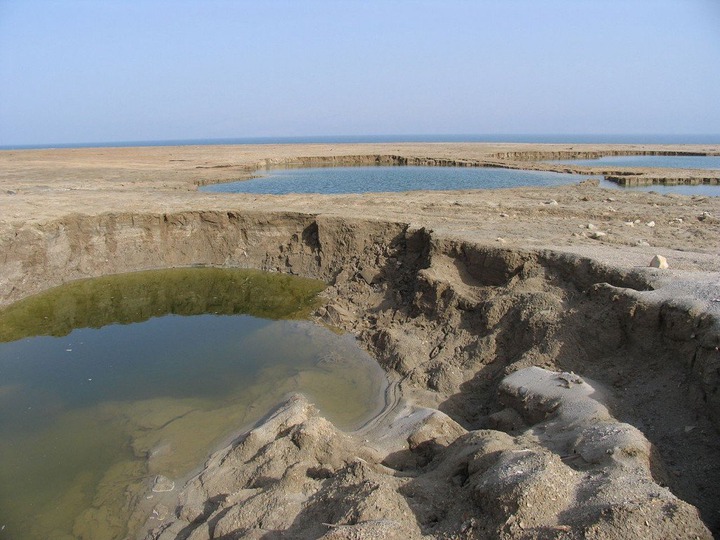 On February 23, 2007, out of the clear blue sky, this sinkhole collapsed, forming a very large, deep circular hole with vertical walls and killing five people. The hole was 100 meters (330 ft) deep. As a result, one thousand people were evacuated from the area. Authorities believed that the sinkhole was the result of a corroded sewage system deep beneath the surface. 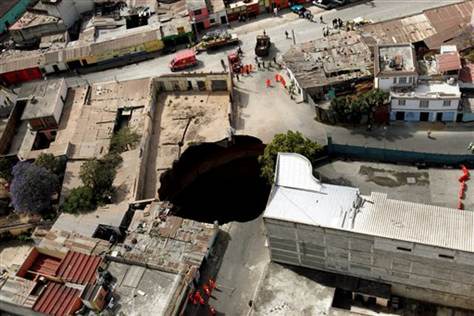 Just three years later, another giant sinkhole in Guatemala City swallowed a three-story factory and killed 15. This 65 ft (20 m) across and 100 ft (30 m) deep sinkhole occurred for a combination of reasons, including Tropical Storm Agatha, the Pacaya Volcano eruption, and leakage from sewer pipes. 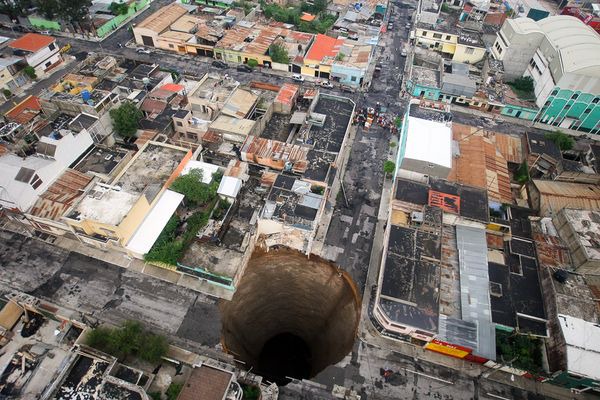 The world’s deepest known blue hole (underwater sinkhole) with seawater. It plunges 202 meters (663 ft) near Long Island, Bahamas. Dean’s Blue Hole is roughly circular at the surface, with a diameter ranging from 25 to 35 meters (82–115 ft). After descending 20 meters (66 ft), the hole widens considerably into a cavern with a diameter of 100 meters (330 ft). On 14 December 2010 , William Trubridge broke a free-diving world record in the blue hole – he swam to a depth of 101 meters on a single breath using only his hands and feet for propulsion! 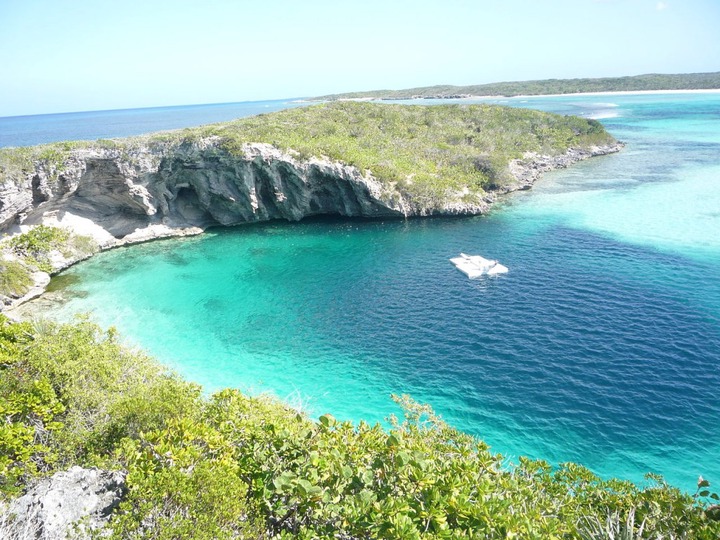 Located in Abel Tasman National Park in New Zealand, Harwood Hole is one of several important cave systems in Takaka Hill, between the Tasman Bay and the Golden Bay. From the surface it is a 50 meters round sinkhole entrance that descends into 183 meters vertically and an overall depth of 357 meters. Abel Tasman is a very popular national park in New Zealand, and one of the best sea kayaking locations in the world. 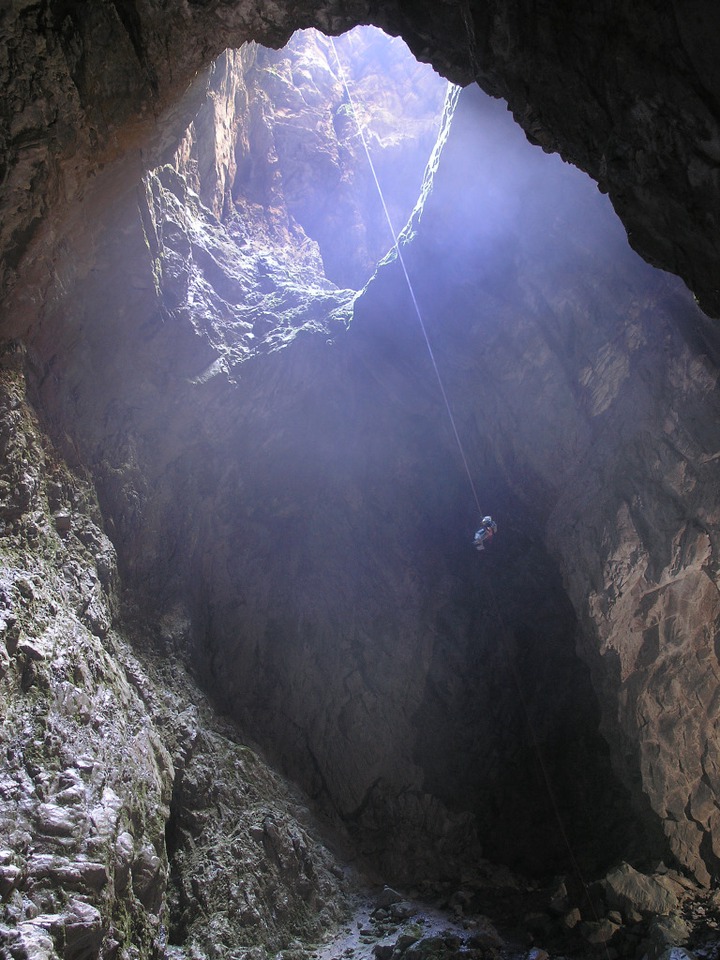 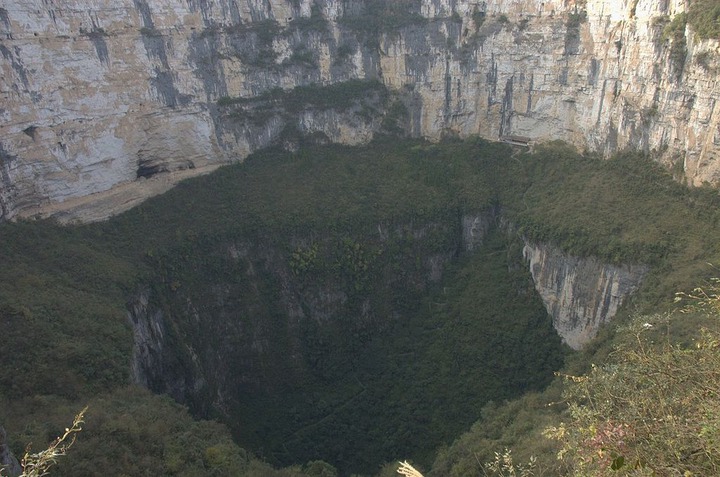 This sinkhole is located in Oman and is approximately 30 m (98 ft) deep. 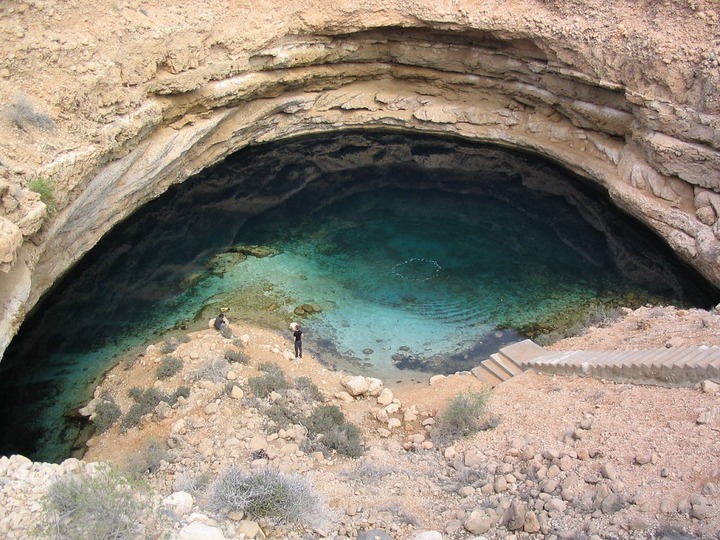 A sinkhole near Hawthorne, Florida. It is hidden from the surroundings by vegetation but visitors that find it enjoy this sinkhole that is filled by a small lake and jump in for a swim. 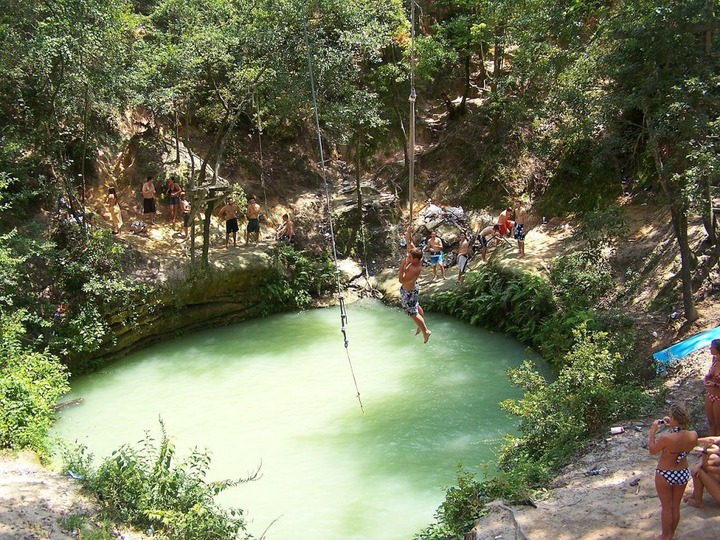