The Male Octopus Dies After Mating, While The Female Dies During childbirth

By Constance (self media writer) | 19 days ago

Octopuses are one of several species that die after they mate or give birth. The fact that they are semelparous creatures means that they have just one reproductive cycle before dying. Once mated, the male octopus dies, and the female octopus lays a clutch of eggs, during which time she stops eating and begins to deteriorate, eventually dying when her eggs hatch. 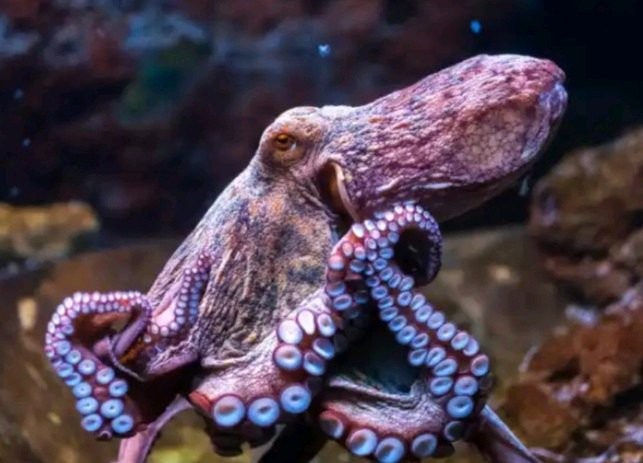 In the order Octopoda, octopuses are molluscs with a soft body and eight limbs that live in water. The order, which contains around 300 species, is classified with squids, cuttlefish, and nautiloids in the class Cephalopoda.

Octopuses come in a wide range of sizes: the smallest species, O. arborescens, is only about 5 cm (2 inches) long, while the biggest species may grow to be 5.4 metres (18 feet) long with an arm reach of over nine metres (30 feet). In its most basic form, the octopus has a saccular body, which means that the head is only marginally distinguished from the rest of the body and that it has huge, sophisticated eyes as well as eight contractile arms.

After mating, why do male octopuses perish?

It is the hectocotylus, which is a modified arm on the male octopus that is around 3 feet (1 metre) long and is responsible for storing rows of sperm. The male will either approach and put the arm into the female's oviduct, or he will pull the arm off and give it to her to store in her mantle for later use, depending on the species he is dealing with.

The octopus dies because he has expended all of the energy in his body through the process of growing and then reproducing.

Is it because the female octopus dies during childbirth that this happens?

During the time when their eggs hatch, female octopuses die. Unfit for reproduction, an octopus that produces insufficient eggs will die. Even though she will survive for a short period of time once her eggs hatch, she will die shortly after, and she will have produced fewer offspring than she might have produced otherwise.

Due to the fact that the female octopus will cease feeding, she will remain and watch over her eggs until they hatch, gradually starving to death. On occasion, while held captive, she may rip off her own skin and devour the tips of her own tentacles, which she will eat until she is dead.

I'm curious to know what they consume.

Carnivores, octopuses eat on a variety of prey such as tiny fish, crabs and clams, as well as other octopuses. They generally hunt at night, pouncing on their victim and encircling it in the webbing between their limbs as they run.

What is their residence?

In every ocean on the planet, as well as along every coast of the United States, octopuses may be found in their millions. Coastal marine environments are home to octopuses, who spend the most of their time in dens, which are tiny holes and crevices in rocks and coral that they create. They are often lonely and possessive of their territory. 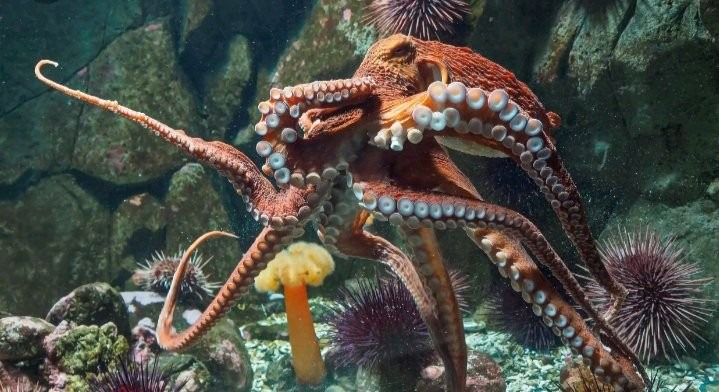 Most octopuses live for only a few months at a time, with some species only living for six months or less. As long as five years can pass between the gigantic Pacific octopus and its prey, which is one of the two biggest kinds of octopus.