I Don't Pray To A Male God - Ntsiki Mazwai

By Mushawatu (self media writer) | 2 years ago

The issues of religion has been a subject of widespread controversy and Ntsiki Mazwai has weighed in her opinion concerning that.

Ntsiki Mazwai was quoted saying " I don't pray to a male God.... I don't men to give birth but I know women give birth"

The songstress normally starts her day with a prayer and today her prayer was different than other days as she referred to a female. She said in her prayer "Mama Wethu osezulwini. Today we are just saying THANK YOU for every blessing that happens today. Big and Small. We receive your light, joy and laughter. Thank you also for the full moon....it looks lovely 😊Camagu"

He followers started asking her what she meant by "mama wethu" and who exactly she was praying to, that's when she said she doesn't pray to Male God.

Another one of her followers agreed with her saying the issue of calling God male was a patriarchal male supremacy mentality which was designed to undermine the real givers of life (women).

They argued that Women are givers of life and deserves to be praised at the highest level possible.

Many religions regard their God and maker as being male, with Christians for example calling Their Father In Heaven.

Others interpret God as neither male nor female. The Catechism of the Catholic Church, Book 239, states that God is called "Father", while his love for man may also be depicted as motherhood.

However, God ultimately transcends the human concept of sex, and "is neither man nor woman: he is God." 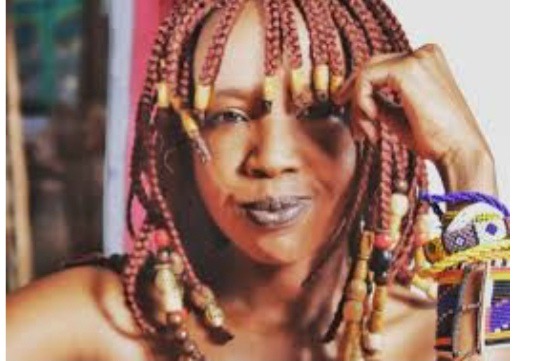 Content created and supplied by: Mushawatu (via Opera News )

After being axed as Mayor of JHB. See which Party Mpho Phalatse has been offered to join.

HOT||Advocate Teffo is not going down without a fight. He swings his first shot.