A lady who was captured dancing at a church service has apologized to the Nazarene church after a video of her was posted on social media on Tuesday in the middle of a crowd of protesters (men of the church) marched on Pixley's Seme Street (West Street), Durban.

The incident led to her being dejected from the church service. She was also wearing a revealing backpack. 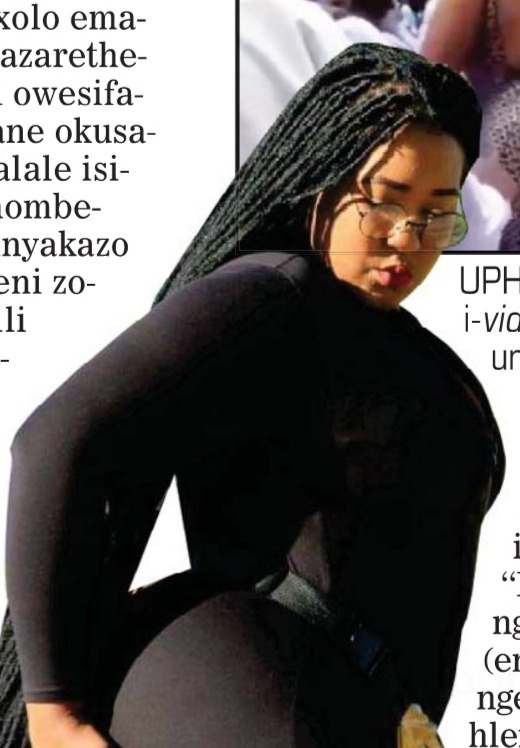 The Nazarenes, led by Inkosi Mduduzi “Nyazilwezulu” Shembe, marched on the Constitutional Court ruling on June 22 this year, which ruled in favor of Inkosi Vela “Misebeyelanga” Shembe (deceased) as king of Buhleni, dismissing Nyazi. 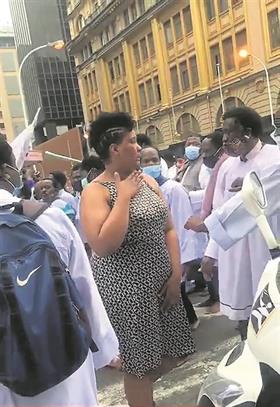 The Nyazi said it would not come out because Buhleni was the home of his grandfather, Inkosi Amos “Nyangayezulu” Shembe and the Misebeyelanga said the house belonged to the church, and they had documents proving that.

Returning to the matter, Ms Mbali Nyandeni (24), from Entumeni, Eshowe, told ILANGA that she did not intend to show disrespect or disrespect to members of the church, but she heard the trumpet sound and hurried to throw it.

“I live in Field Street (Joe Slovo) here in Durban with my friend, and when we heard the trumpets, we started dancing in the house. It meant that the way it sounded so sweet, it cost each other. 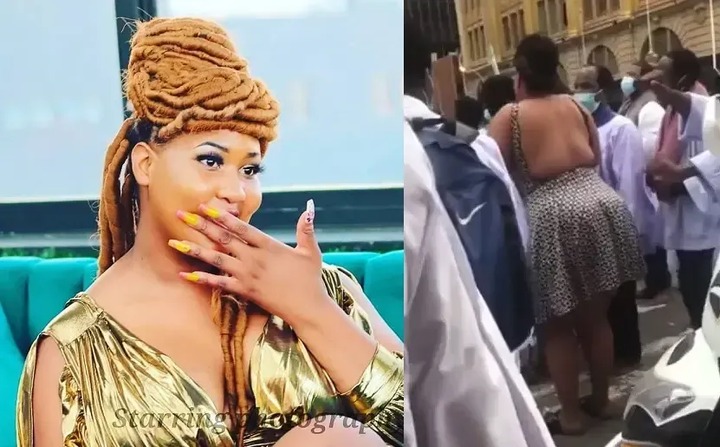 "Because I don't know anything about the Nazarene religion, I told my friend to go to the street where they were marching and we would dance well," she said.

She said she did not care what she was wearing at the time, only to be removed by the man who had pushed her aside.

She says she is studying to become a teacher at the University of South Africa (Unisa) and this whole incident has affected her emotionally.

Boyfriend pranks his lady by faking death before Proposing to her