Why God created Satan - what the Bible says? 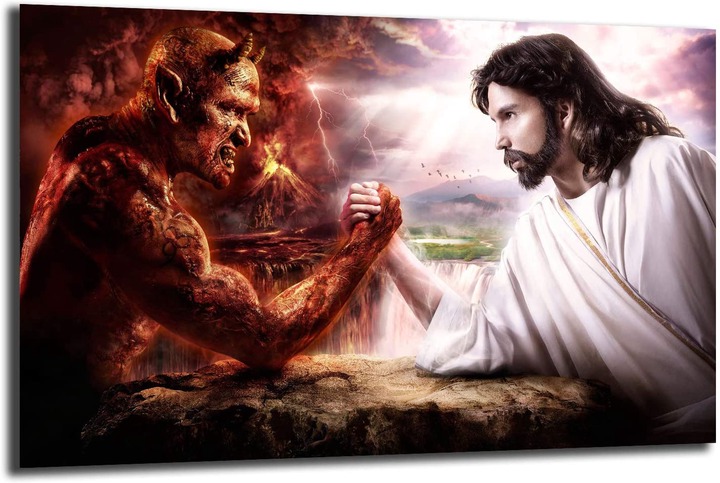 In my last article, I discussed the biblical narrative of the Fall of Man. The book of Genesis describes Satan (which literally translates as "accuser") acting in the form of a snake and arranging this catastrophe. A critical issue is raised in this context, however: why would God create a wicked devil (which literally means ‘adversary') in order to ruin His otherwise perfect creation?

God really created a strong, clever, and attractive heavenly being (the leader among all angels) who was named Lucifer (which means "Shining One") and who was described as "very excellent" in the Bible. Lucifer, on the other hand, had a free will that allowed him to make his own decisions. A verse in Isaiah 14 describes the decision he had to make.

Your fall from grace, how you have fallen.

This is why you have been thrown to the ground.

You, who once brought the whole world to its knees!

You stated that to yourself in your heart,

"I intend to climb to the sky."

I shall ascend to my throne.

above the heavens and the stars of God;

As a result, I shall be enthroned upon the hill of assembly.

on the highest peaks of the northern hemisphere

Eventually, I'll be able to rise above the clouds' peaks.

I want to make myself as powerful as the Highest.” (See Isaiah 14:12-14 for further information). Lucifer, like Adam, was faced with a decision. He might choose to believe that Deity was God, or he could choose to declare himself to be a god in his own right. Because of his repeated "I wills," it is clear that he has chosen to disobey God and proclaim himself to be the "Most High." A chapter in the book of Ezekiel provides a similar narrative of Lucifer's downfall:

You were in Eden, the Garden of God when this happened.

I anointed and ordained your ministry. As the all-powerful heavenly guardian

You had access to God's sacred mountain, which was a privilege.

I took a stroll among the blazing stones of fire.

“You were completely innocent in all you did.”

Beginning with the day you were born

Till the day when evil was discovered inside you.

As a result, I expelled you in shame.

from the top of the mountain of God

I banished you from my presence, O powerful guardian.

from your vantage point among the burning stones

Your heart was overflowing with happiness.

because of all of your natural beauty

Your knowledge has been tainted.

because of your adoration of magnificence 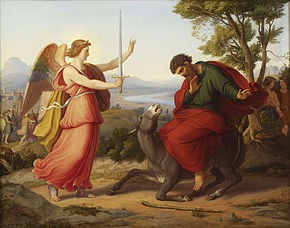 Lucifer's beauty, intelligence, and power - all of the wonderful gifts that God had placed in him – caused him to become conceited. His pride was the catalyst for his revolt and subsequent downfall, yet he never lost (and therefore still maintains) any of his strength or characteristics. He is organizing a cosmic uprising against his Creator in order to choose who will be the next God. His plan was to recruit humanity to join him - by enticing them to submit to the same decision that he had taken – to love themselves, become independent from God, and oppose Him – in order to achieve victory against the enemy. The heart of the test of Adam's will was the same as the heart of the test of Lucifer's will; it was simply dressed in a different costume. They each made the decision to be 'god' to themselves. This was (and continues to be) the pinnacle of "god delusion."

Satan is a master manipulator who works through others.

The verse in Isaiah is addressed to the 'King of Babylon,' while the one in Ezekiel is addressed to the 'King of Tyre,' respectively. However, based on the descriptions provided, it is clear that no person is being addressed. The "I wills" in Isaiah depict a person who was thrown to the ground as a punishment for desiring to establish his throne above the heavens of God, which was forbidden by God. One of the characters in Ezekiel is an ‘angelic guardian' who formerly lived in Eden and on the ‘mountain of God,' according to the text. Throughout his history, Satan (or Lucifer) has shown a constant propensity to place himself behind or through someone else. In the story of the fall of Genesis, he speaks via the snake. The King of Babylon serves as his agent in Isaiah, while the King of Tyre serves as his agent in Ezekiel's book.

What was the reason for Lucifer's rebellion against God?

Nevertheless, what might be the motivation for Lucifer to rebel against and usurp the authority of the One Omniscient and Omnipotent Creator? The ability to determine whether or not you are capable of defeating a prospective opponent is an essential element of being "smart." Despite the fact that Lucifer had (and continues to possess) power, even his limited creature power would have been inadequate to mount a victorious rebellion against His Creator. So what's the point of putting everything on the line for something he's unlikely to win? I would have thought that a smart angel would have realized his limits when faced against Omniscience and Omnipotence united - and would have refrained from revolting against them? So why didn't he do it? For many years, I was perplexed by this question. 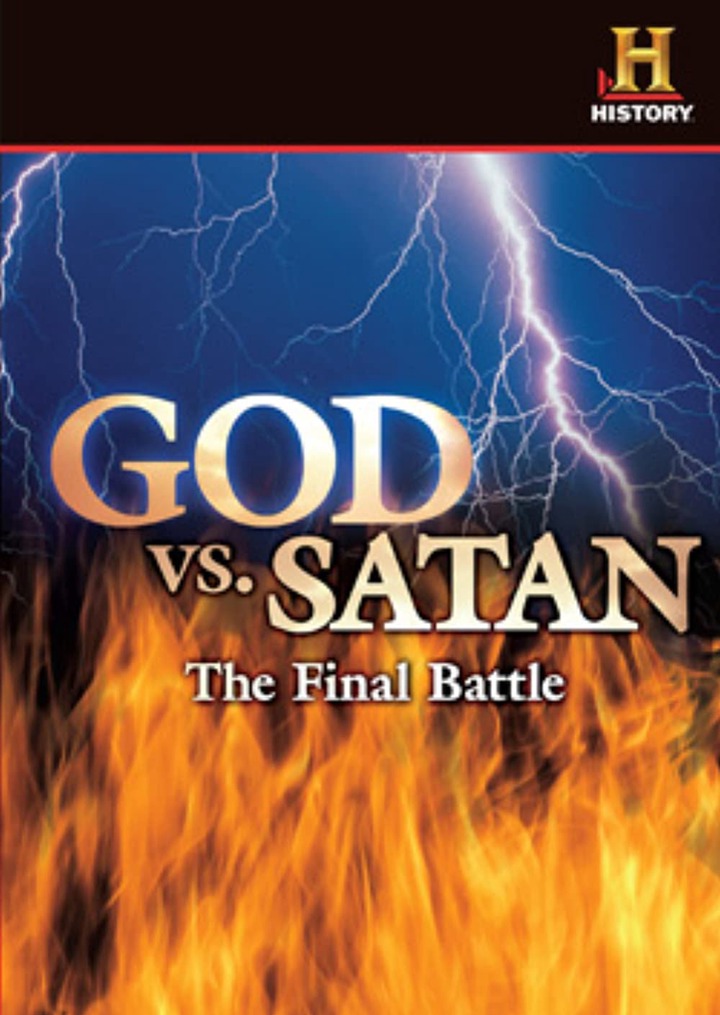 This realization that Lucifer could only come to the conclusion that God was His almighty Creator via faith – just as we do – was very comforting to me at the time. Allow me to explain. The Bible links the beginning of angels with the first week of creation, and this is supported by historical evidence. This is shown in Isaiah 14 above, but it is constant throughout the whole Bible. As an example, the following verse from Job describes the process of creation:

Then, out of the midst of the storm, the LORD spoke to Job. He made the following statement...

“Where were you when I built the groundwork for the world to stand on?

Please tell me if you comprehend what I'm saying.

At which time the morning stars sang in unison

Imagine Lucifer being formed and becoming aware somewhere during creation week, somewhere in the universe. This is what Lucifer looks like. All he knows is that he now exists and is aware of his own existence, and that there is another Being who claims to have created him and the whole universe. The question is, how does Lucifer know that his assertion is correct? Perhaps this supposed creator manifested himself in the universe at the same time that Lucifer manifested himself in the cosmos. Moreover, since this "creator" came earlier on the scene, he was (maybe) more powerful and (possibly) more knowledgeable than he was himself - but then again, this could not have been the case. Maybe he and the so-called creator both appeared out of nowhere at the same time? To accept God's Word to Lucifer, which said that He had created him and that God himself was everlasting and limitless, was all that Lucifer could do. And he decided to accept the fiction that he had created in his own mind out of sheer arrogance. 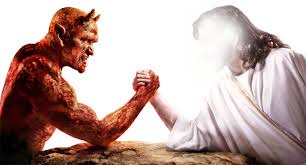 Lucifer believes that both God and himself (as well as the other angels) just "popped" into existence, which may seem a little far-fetched to some. However, this is the same fundamental concept that underpins the most recent and greatest advances in contemporary cosmology. The core of contemporary atheistic cosmological speculations is that there was a cosmic fluctuation of nothing – and then out of this fluctuation emerged the cosmos. This is the essence of modern atheistic cosmological speculations. Fundamentally, everyone – from Lucifer to Richard Dawkins and Stephen Hawkings to you and me – must determine by faith whether the world is self-contained or if it was brought into being and is maintained by a supernatural being known as a Creator.

To put it another way, seeing does not equate to believing. Lucifer would have had a direct line of communication with God. But he would have had to believe 'on faith' that God had created him in the first place. Many individuals have told me that if God would only make himself ‘appear' to them, they would be convinced. However, many individuals were able to see and hear God via the Bible; this was never a question. The heart of the matter, however, was whether or not they would embrace and believe His Word about Himself and about them as individuals. It didn't matter who saw the miracles of Jesus - from Adam and Eve through Cain and Abel, Noah, the Egyptians at the first Passover, the Israelites crossing the Red Sea, or anyone else who saw the wonders of Jesus — a sight never resulted in faith. This is compatible with the story of Lucifer's downfall.

What is the Devil up to these days?

In this way, God did not create a "bad devil," but rather a strong and intellectual heavenly creature who, in his vanity, led a rebellion against God, and as a result, was corrupted (but still maintaining) his original brilliance (as opposed to the devil's). You, I and the whole human race have become part of the battlefield in this struggle between God and his 'adversary,' according to the Bible (devil). Instead of dressing in sinister black cloaks like the ‘Black Riders' from The Lord of the Rings and casting evil curses on us, the devil's strategy is to simply deceive us away from the redemption that God has signaled since the beginning of time, through Abraham, through Moses, and finally accomplished through the death and resurrection of Jesus. According to the Bible: 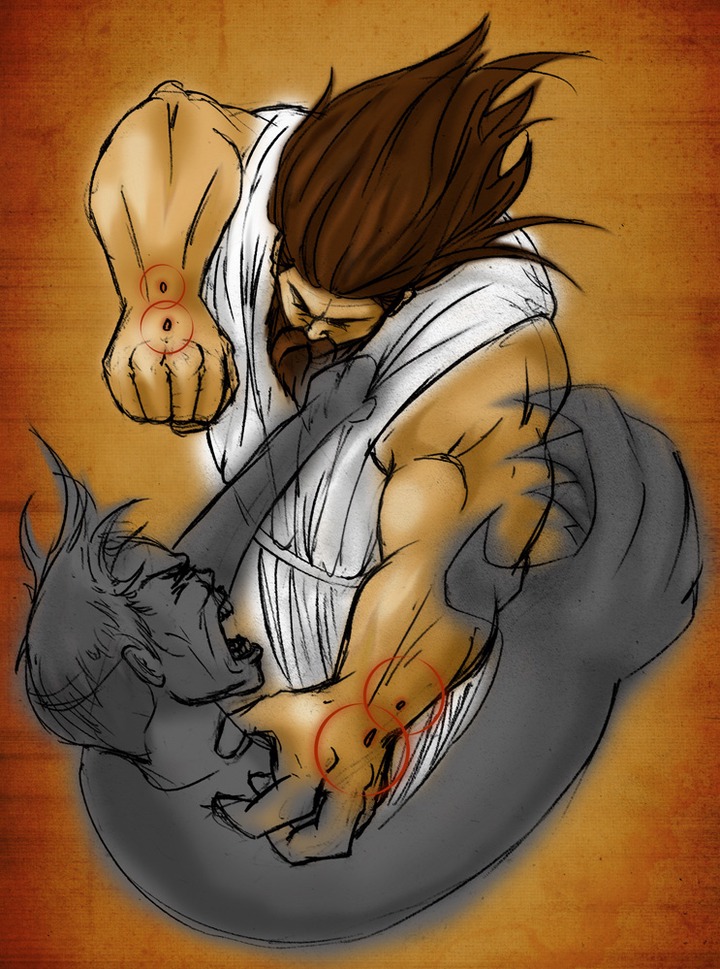 Satan himself appears in the form of an angel of light. As a result, it should come as no surprise that his servants pose as servants of righteousness. The Bible says in 2 Corinthians 11:14-15 that

We are more susceptible to being duped by Satan and his minions because they may pose as 'light.' This is why it is so critical for us to understand the Gospel for ourselves in its entirety.