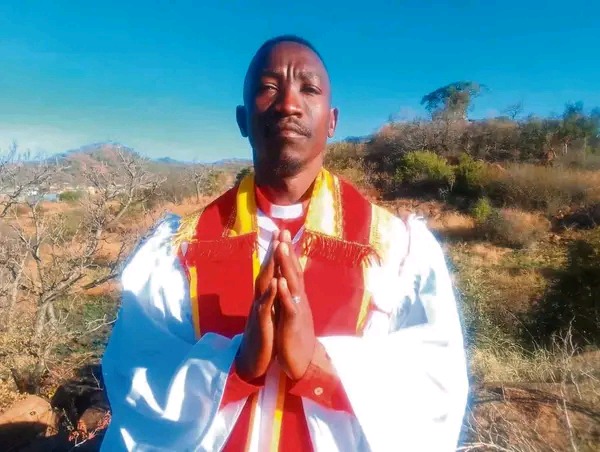 Bishop Lebogang Manamela says his a respected man of the cloth with a dark past who regrets all the crimes his has committed. He said he has committed robbery, hijacked cars and killed people.

In 2003 he got arrested after he was shot 3 times during a business robbery in the Orchards. July 2005 he was then sentenced to 25 years for armed robbery,murder, hijacking and attempted murder. " I was a gangster from the age of 12 and carried a firearm. We used muthi to bath in and refrained from sex so we wouldn't get caught," he said.

He serverd 13 years and nine months from his sentence , which makes him feel that it wasn't enough because of all the suffering he caused to many people. He knew he had to change his way or his mom would die of a heart attack.

He said he was a busy prisoner, preaching the word of God after giving his life to Christ. In 2008 he became a pastor while in prison and was ordained as a bishop in 2016 at St Paul Apostolic Church.

He says he still has nightmares about what he did though he has met with some victims and others have forgiven him. His wife said her husband has changed alot and church members say his a good leader and continues to motivate people to do good.