"No one has climbed into heaven but the Son of Man, who descended from heaven." Chapter 3:3 of John's gospel. The Apostle John was paraphrasing Jesus during his conversation with Nicodemus about "being born again to join God's Kingdom." 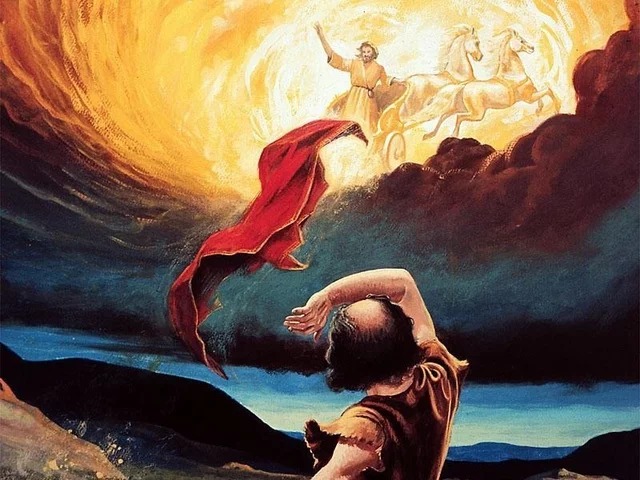 Then I stand before this court of humanity, including dignitaries, atheists, churchgoers, non-conformists, Muslims, fake pastors and prophets, so-called bible students, Greek and Gentiles to say "I AMNOT GUILTY" to proclaim that Elijah did not ascend to heaven in a chariot of fire, if Jesus categorically stated that no one had ascended to heaven where He Jesus had existed for centuries.

If you're going to call me a blasphemer, you'd best start by accusing Jesus Christ of "guiding" Nicodemus astray. What happened to Elijah if he didn't get to heaven? Where is Enoch, who the Bible states walked with God yet he did not? Section 24 of Genesis 5:1.

Only Noah was a good man before the deluge; where is he? Who knows whether Father Abraham, who is supposed to be in heaven, accepts all Christians who have died and is now resting on his chest in paradise, is really there? Is Lazarus from the tale still snoozing in Abraham's arms? 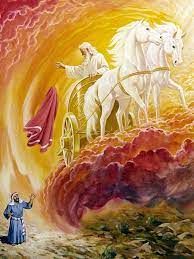 In your opinion, was it unjust of Christ to bring Lazarus from a "good" paradise realm back to a wicked earth? So where are the Jeremiahs, Isaiahs, Ezekiels, Amoss, Daniels, Habakkuks, King Davids, Pauls, Peters, and Moses, whose death on Mount Sinai was personally supervised by God?

To be fair, all these Old Testament God-men should have been greeted in heaven and given a place to call home before the advent of Jesus the Christ, God the Son, the Word, and the Creator. I want people who sneer at me to explain the contradiction of Jesus forgiving the sins of a thief who died on the cross.

Which is the better place, Paradise or Heaven? Is it true that during Jesus' 40-day earthly ministry, during which he revealed himself to his disciples and others, he threw the thief into heaven? Is the future tense tone in Jesus' story of Lazarus and the thief on the cross the same as what he had promised? 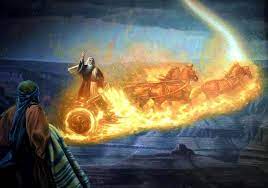 Let's go back to Jesus' crucifixion, when he spoke to the thief. Christians and non-Christians alike misunderstood the meaning of a comma in a sentence. "And Jesus said to (the thief) TRUELY I SAY TO YOU TODAY, YOU WILL BE WITH ME IN PARADISE," says Luke 23:43.

Despite the fact that most Bible translations place the comma after the first YOU, some scholars believe that Jesus meant to say that He would take the thief to paradise the exact day death closed its doors on everyone on the cross. To read "TRULY I SAY TO YOU TODAY, YOU WILL BE WITH ME IN PARADISE," the comma or punctuation must be added after the word TODAY.

In other words, Jesus promised the thief THE VERY DAY HE WAS HANGING ON THE CROSS, and the promise would be fulfilled later when Jesus returns and raises all the righteous, including today's dead thief. King David, like the thief, is resting in Jesus' hands till the end of time. 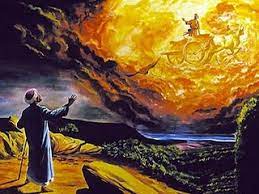 The hunt for Elijah, who had been abducted by a chariot of fire, had been a protracted departure from the path to paradise. The narrative of Elijah seemed to have finished when he flew into the sky and draped his cloak over his servant Elisha, but that's not how it ended.

The bible continues to mention the prophet. Let's follow Elijah from 1 Kings 18 until 2 Kings2, as he is transported to heaven. In the midst of a shattered kingdom, Elijah spent the most of his ministry in Israel's 10th tribe, where Ahab and his queen Jezebel were in charge.

God was in charge of both Israel's 10 tribes and Judah and Benjamin's 2 tribes. It was at this time that God retired Elijah and placed him in Jerusalem, the capital of Judah. God transported Elijah from Israel to Judah using a chariot of fire. 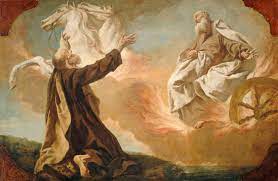 God has the ability to use everything he wants for his purposes. Since Elijah received this mode of conveyance, many people have questioned the existence of heaven. God penned the story, and Elijah acted it out with the help of God's wisdom, which he provided as props.

After God changed the tale from 1 Kings to 2 Kings, where Elijah was shown riding on a fiery chariot, he started the show in Judah, where Elijah had already retired from Ahab's Israel, with Samaria as its capital. Let's go on to Chapter 21 of Chronicles, where King Ahab ruled in Judah from Jerusalem.

It's important to remember that Jehoram married the daughter of Israel's King Ahab and Jezebel, and his actions as king were a typical disobedience against God. As a result of Elijah's rage against Jehoram and his wife, the only thing he did was send the king a letter telling him to repent or else face God's vengeance. 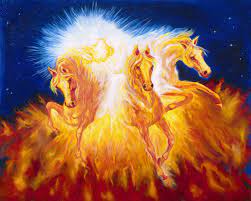 Verse 12–15 of 2 Chronicles 21 conclude the narrative of Elijah. God has been known to use the terms Heaven and the Heavens interchangeably. "Heavens" refers to the seven cloud layers. To land, the chariot of Elijah traveled through the air like a contemporary airliner does.

The blazing chariot's origin was a mystery due to the fact that God had not revealed it. To settle in Judah like Jesus did when he ascended from the clouds after rising from the earth in divine form, Elijah had to journey through the heavens in his blazing chariot.

Jesus said that NO ONE ELSE BUT HIMSELF HAS MADE IT TO HEAVEN. So, based on Christ's teaching, I should believe the truth and nothing but the truth when they declare Elijah did not ride into heaven in a chariot of fire. If you want to know the truth, study the Bible and may God's blessings be upon you. 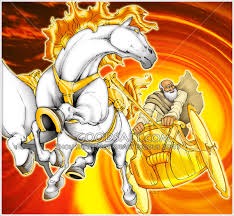