Archbishop Desmond Tutu Is Not Dead 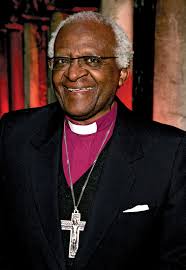 Reports spread on Wednesday that the Nobel peace prize laureate had died at the age of 90 after the tweet was posted on Twitter causing shock among many.

Forty minutes after the tweet was posted the account claimed that it was created by an Italian journalist Tommasso Debenedetti.

A few minutes before the account was deleted it posted: "This account is a hoax created by Italian journalist Tommasso Debenedetti,”

A search on Google revealed that the journalist is known for creating fake accounts and posting hoax messages.

Meanwhile, Archbishop Desmond Tutu who recently celebrated his 90th birthday is said to be doing well.