Why Are Christians Worshipping, And Praising Jesus, Is He God? Pastor Chris Oyakhilome

Myriad people have often wondered who God was in the context of religion, given the many names for God found in various civilizations and folklores. So many faiths have claimed to worship the true God, leaving their adherents in a state of confusion over whether or not they choose the right religion. There has been a great deal of debate about whether or not Jesus is God. This article delves into the topic. 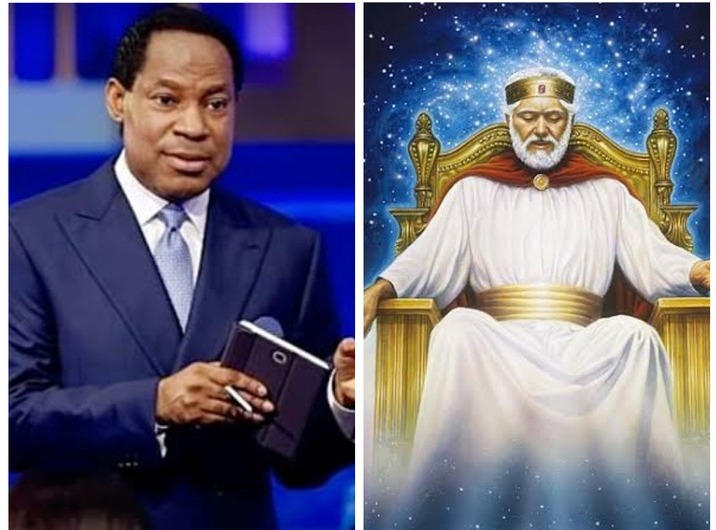 You could be wondering why man is so religious. Because of man's inherent character as a super fantastic being, who was most likely the perfect creation of an amazing God, the solution may not be far-fetched. In essence, religion is a part of man, and man is a part of religion. As a result, differentiating one from the other may be difficult because everyone believes in something.

Only a few of the world's most popular religions, such as Christianity, Islam, and Eckankar, ever acknowledged Jesus' existence.

However, the topic of Jesus' deity came up in an online discussion with prominent pastor Pastor Chris.

Is Jesus the same as God, as a viewer from Canada asked Pastor Chris? I understand the Trinity, but I'm still not convinced that Jesus is God. Also, I only pray to God in Jesus' name, not to Jesus Himself, when I pray. Why, once again, do so many Christians adore and glorify Jesus rather than God?

Pastor Chris responds to the questions in a thorough and thoughtful manner.

I'll start by reading you Jesus' claims about who He is in John chapter 14.

If you do this to Men of God, sickness will never leave you, and awful things will happen to your family -

“4 And you know where I'm going and how I'll get there.

5 Thomas says to him, "Lord, we have no idea where you're going, and how can we know the way?"

6 Jesus tells him, "I am the way, the truth, and the life; no one comes to the Father except through me."

7 If ye had known me, ye should have known my Father as well; and ye know and have seen him from now on.

8 Philip says to him, "Lord, show us the Father, and that shall suffice."

9 Jesus asks him, "Have I been with you for such a long time and yet have you not known me, Philip?" Whoever has seen me has seen the Father; and how then do you say, "Show us the Father?"

10 Do you not believe that I am in the Father and that the Father is in me? The words that I speak to you are not of me; rather, the Father who dwells in me is the one who performs the works.

11 Believe me when I say that I am in the Father and the Father is in me, or believe me for the sake of the works.”

In verse 6, Jesus said something remarkable to His disciples. If you look closely, you'll find that He employed a definite article to describe His personality. He didn't say anything about me being a path, a truth, or a life. He declared, "I am the Life." He goes on to add that no one else can contact the Father except through me.

When Jesus said, "If you have seen me, you have seen the father," in verses 7 and 8, He revealed more about His personality. He further revealed that the parent in Him is the one who performs the works that many people see Him perform.

Also see What You Should Know.

It's important to remember that He was talking about returning to Heaven before making these words. He previously spoke of His father in Heaven, and now He is speaking about the father inside him. I would read Colossians 1:13-19 for a more extensive account of this topic.

“13 Who has liberated us from the power of darkness and translated us into his precious Son's kingdom:

14 In whom we have redemption, even forgiveness of sins, through his blood:

15 Who is the firstborn of all creatures, the image of the invisible God:

16 For by him were created all things, apparent and unseen, in heaven and on earth, whether they be thrones, dominions, principalities, or powers: all things were made by him, and for him:

17 And he is before everything, and everything depends on him.

18 And he is the head of the body, the church, who is the beginning, the firstborn from the dead, so he may have the preeminence in everything.

19 For it delighted the Father that all fulness should dwell in him.”

He is the image of the invisible God, according to the verse above. The term "invisible" refers to God's qualities. It tells us that God is unseen, but Jesus is His visible image. All things were made for Him, or by Him, according to verse 16. So, if He's not God, who is He? It makes it plain that Jesus is God. He is before all things, according to verse 17. Only God existed prior to the creation of anything. Then, in verses 18 and 19, it is clear that Jesus is the embodiment of the entire Deity.

See also Pastor Oyakhilome informs the authorities that the number of hours you allow the church to function determines your fate.

If you read Hebrews 1:1-5, you'll discover that Jesus is definitely God.

Daniel saw a vision in chapter 7 and verse 9 of the book of Daniel. “9 I saw till the thrones were thrown down, and the Ancient of Days sat, whose clothing was white as snow, and his hair was pure wool; his throne was like a flaming flame, and his wheels were burning fire.”

The term "old of days" is a term used to refer to God. In Revelation 1:12-14, it says: In John's description of Jesus, he compares him to the ancient of days. Now, this depiction reminds us of Jesus' words, "If you have seen me, you have seen the Father." This is due to the fact that Jesus is God's visible image. So, if you want to see God, you'll have to look at Jesus, who is God's visible image.

You could wonder why Jesus was referred to as God's son. That's because he was created from God's word, and God's word is God.

Finally, you don't pray to Jesus; instead, you pray to the Father in Jesus' name, as he told us.