Vision of the falcon and the lion, referring to Chamisa and Mnangagwa's outcome: (Dr Ian Ndlovu) 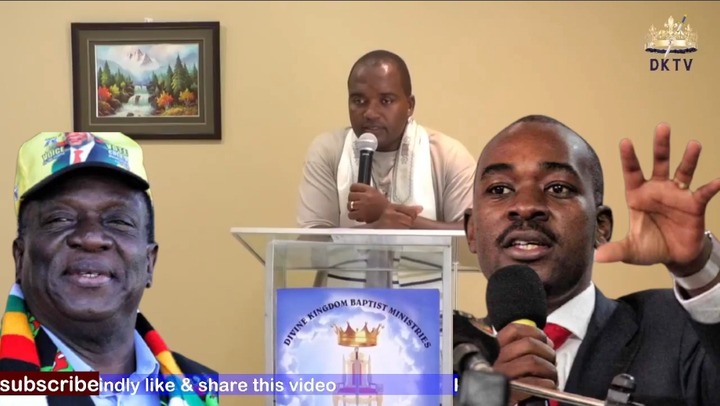 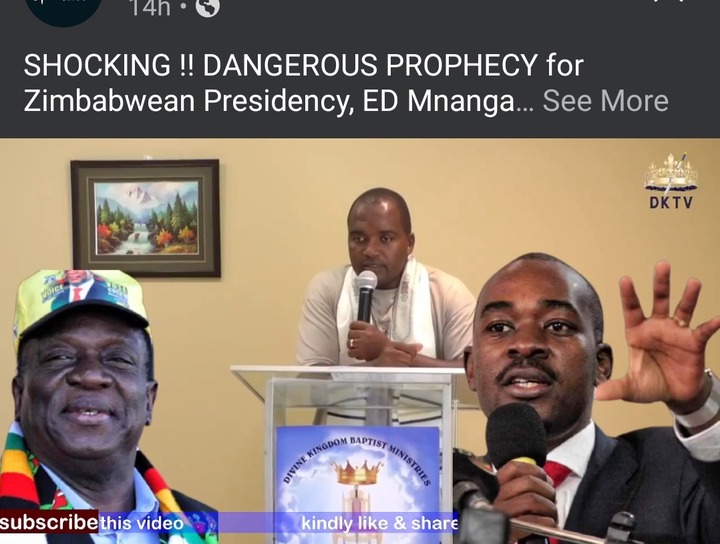 This man of God we all know him how he prophesies, the founder of Kingdom Baptist Church which is based in Zimbabwe, Bulawayo.

These men of god prophesies in parables and after some time he can come back and explain what he is trying to say through his prophecies. Let's just say he prophesies like Daniel of the Bible. Daniel the prophet also would prophesy in parables. If you remember where he was a speaking of all the lion, the Beast, the eagle, the iron, the bronze, the gold, and the ram, all that he would be used by Daniel in his visions.

The man is very accurate, every time when he releases a prophecy, people listens attentively because they know that he has said a couple of things that came to pass. He has a clean track record. He prophesied about the coronavirus, and how God was going to use the scientist to put to an end the spread of this problem that is a faced by the whole world.

He is a kind of man that do not speak mostly to individuals, but to nations, even when he prophesies to an individual, it will also be about the destiny of a nation. So a lot of people have been wondering that he has been prophesying other nations, and prophesying other men of God from other nations, but he has never prophesied the eternal affairs of Zimbabwe his country or he prophesied very little about his own country.

I guess the Lord was just waiting for the right time for him to be able to release the prophecies concerning Zimbabwe. We know that Zimbabwe is facing elections. We have got it two giants that are contesting that is ZANU-PF and MDC Alliance. He spoke about the Falcon and the lion, but this Falcon that he spoke about he said it has died prematurely.

People just guessed that he was talking about Morgan Tsvangirai and his prophesy of an eagle for the future in place of the falcon, people guess again that is talking about Nelson Chamisa. He is saying this eagle is the future of this nation. So now we don't know exactly, by saying the future of this nation, is he saying Chamisa's time is not now, but in the future? or the future that is referring to is the soon coming elections. So most of the things are not clear, but he said he will come back to explain further about this prophecy when the Lord say so.

He will be released by the Lord at the right time, to explain about what he was trying to make people understand. So we are just waiting for that time, where the man of God is going to shed some light on it. It is a confusing prophecy that, a lot of people are trying to get what the man of God could be talking about, but it's all not clear.