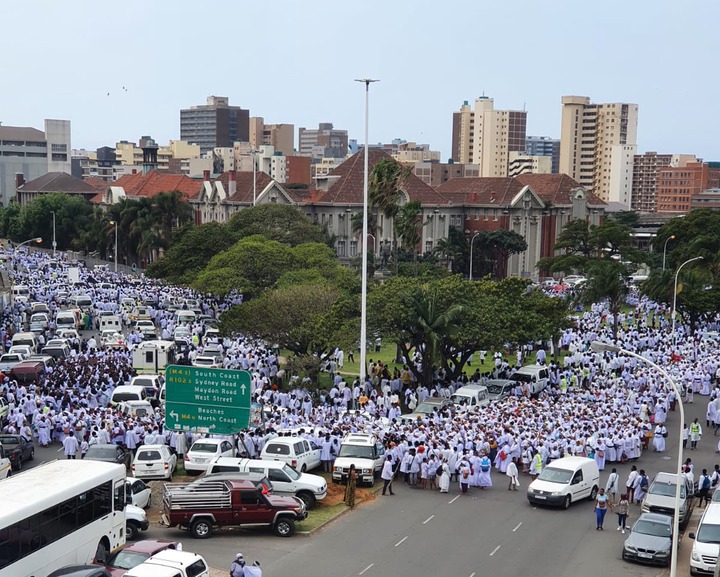 Election fervour is upon us and so have many people waved lockdown regulations goodbye as evidenced by huge gatherings taking place all over the country from political rallies to church gatherings.

Durban CBC was painted white when Nazareth Baptist Church engaged in a peaceful walk from Curries Fountain to City Hall.

Although the peaceful walk was alleged to be adhering to lockdown regulations, the situation on the ground stated otherwise.

African Transformation Movement president, Vuyo Zungula shared the video of the Nazareth Baptist Church walking peacefully in their multitudes which brought the city to a complete stand still.

"The Nazareth Baptist Church - EBuhleni says Unyazi is their leader now and forever. African Religious Institution taking a stand against these Roman Dutch Establishments," he said. 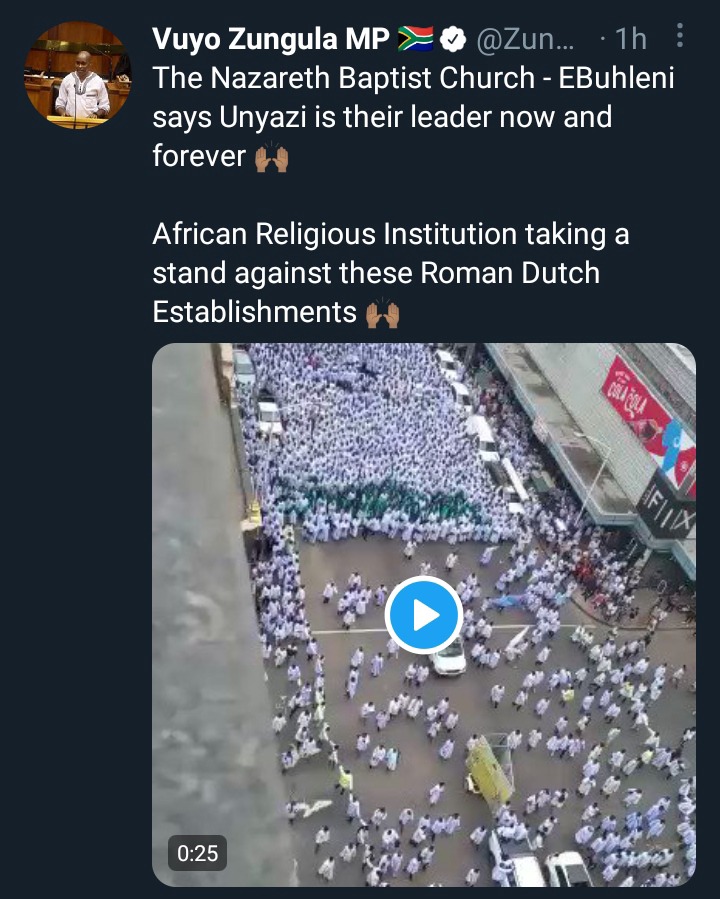 About 6000 church members dressed in their white church attire carrying boards with words written "Unyazi is and forever will be our Messiah", and playing various musical instruments were making their way to the City Hall.

It is believed that the march is in support of one of the contenders for the leadership of the Church who lost his case in the Constitutional court, but leaders of the march are yet to give out full details to the media on the objective of their peaceful march.

The church members seem to be declaring war now on the Courts who decided on who should take over the leadership of the church against the wishes of it's congregants.

Some critics argue that what these church members are doing is to show the courts that spiritual matters cannot be dictated to by Courts. 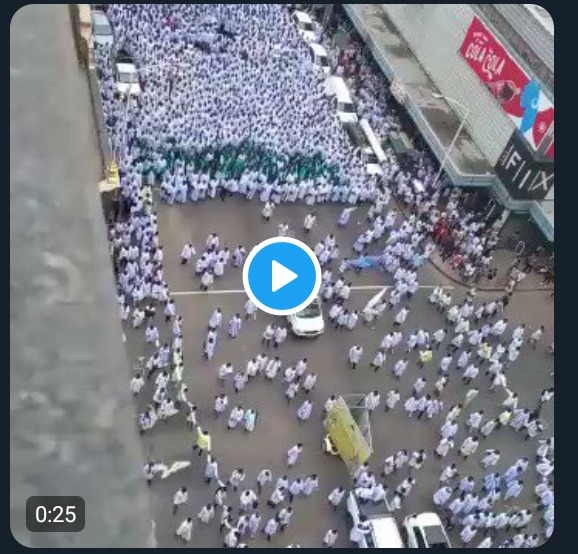