By Westworld (self meida writer) | 4 days

I just came across this disturbing image online. When I looked at this image, nothing but three critical questions raced through my mind. "Is this where it has gotten to?" I asked myself. "Is this the Christianity for which Jesus died?" Finally, my final question was, "What is this world deteriorating into?"

I had become so bitter that I could no longer bear it. Certain men of God are convincing people not to take Christianity seriously at all. This picture had better be a film, because if it isn't, I'm sure this man will find himself in hot water and may even lose his position as a pastor or man of God.

Now, allow me to direct your attention to the image. This is a photograph of a pastor baptizing a young lady in a particular river. We do not know who took this photograph, but it appears as though this pastor went too far. He was acting in ways that a pastor would not normally act in such a sacred moment.

This widely circulated image was shared with the public by a Twitter user going by the handle Collins. As evidenced by his caption below, he has completely lost respect for this man of God. Which of God's men does this?

I'm hoping this is a film, because if it isn't, we as a people still have a long way to go. Is this the Christianity for which Jesus Christ gave his life? What makes this even more tragic is that the perpetrator holds a clerical position and claims to be a man of God. As humans, we have hormones that are stimulated when we see certain things. The fact that this man is a pastor does not negate his capacity for emotion in the face of such things. 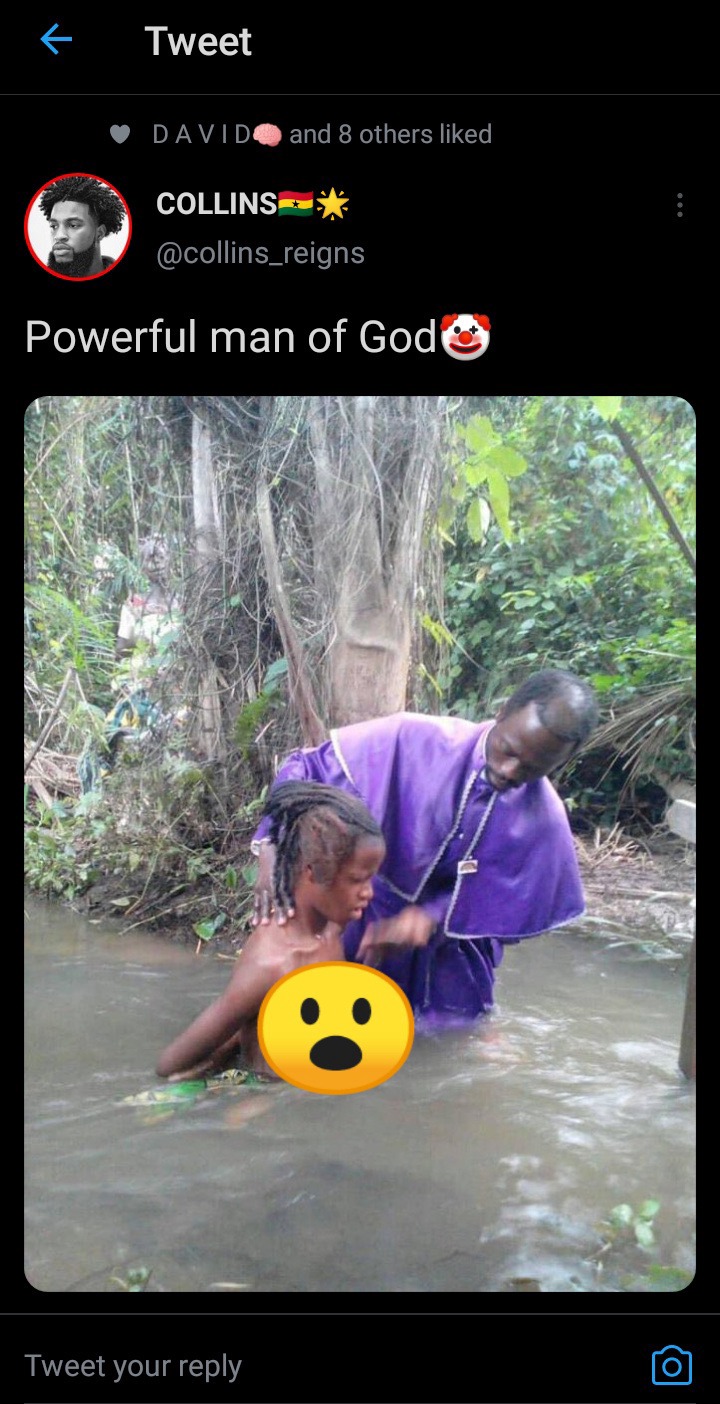 What could possibly have prompted him to consider allowing this young lady to remove her shirt prior to being baptized. I've never seen anything like it. This pastor has demonstrated to me that he is capable of accomplishing things that men have never considered in their lives. Apparently, other people were present during this baptism and witnessed what was occurring. According to the photograph below, there was someone standing behind that tree, watching this pastor baptize a shirtless lady.

If baptism truly reached this point, consider what deliverance will entail. Numerous people have expressed their opinions on this matter, and as expected, the majority of them are critical of the pastor's actions. 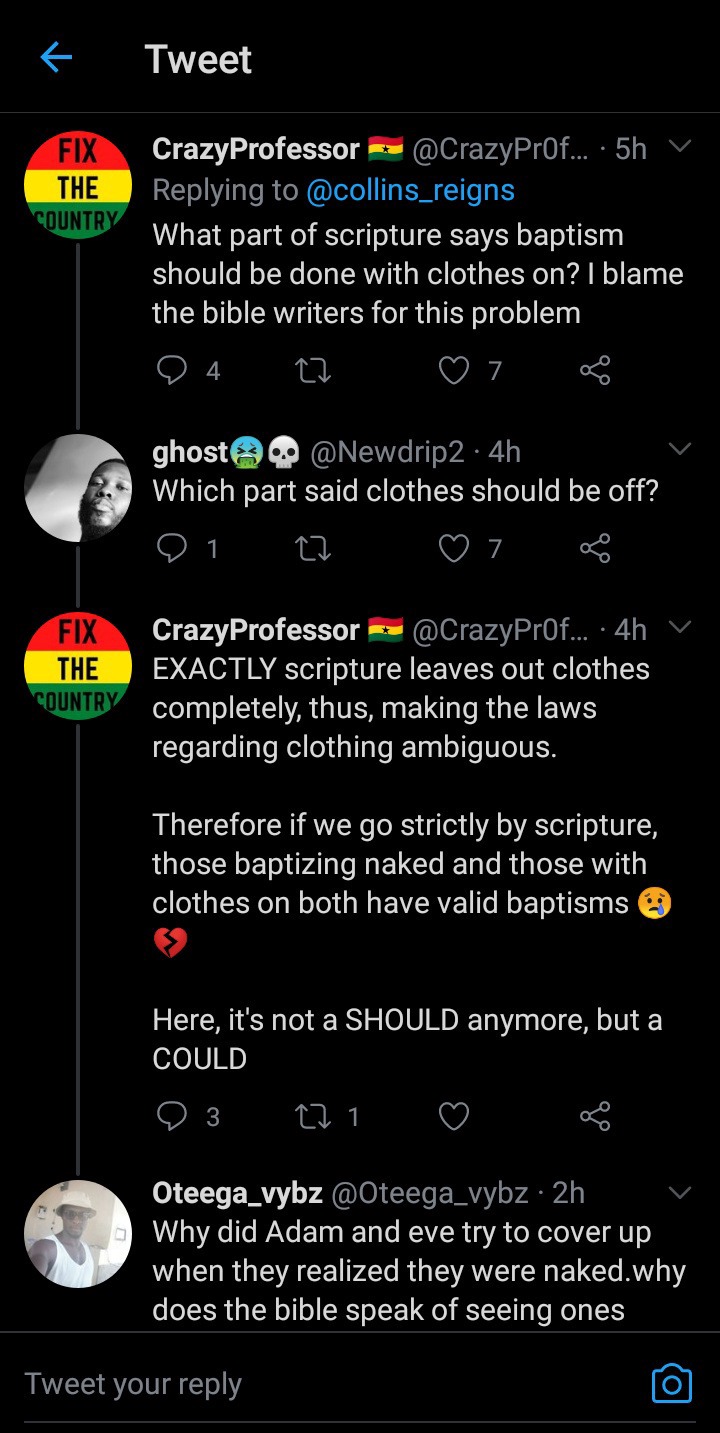 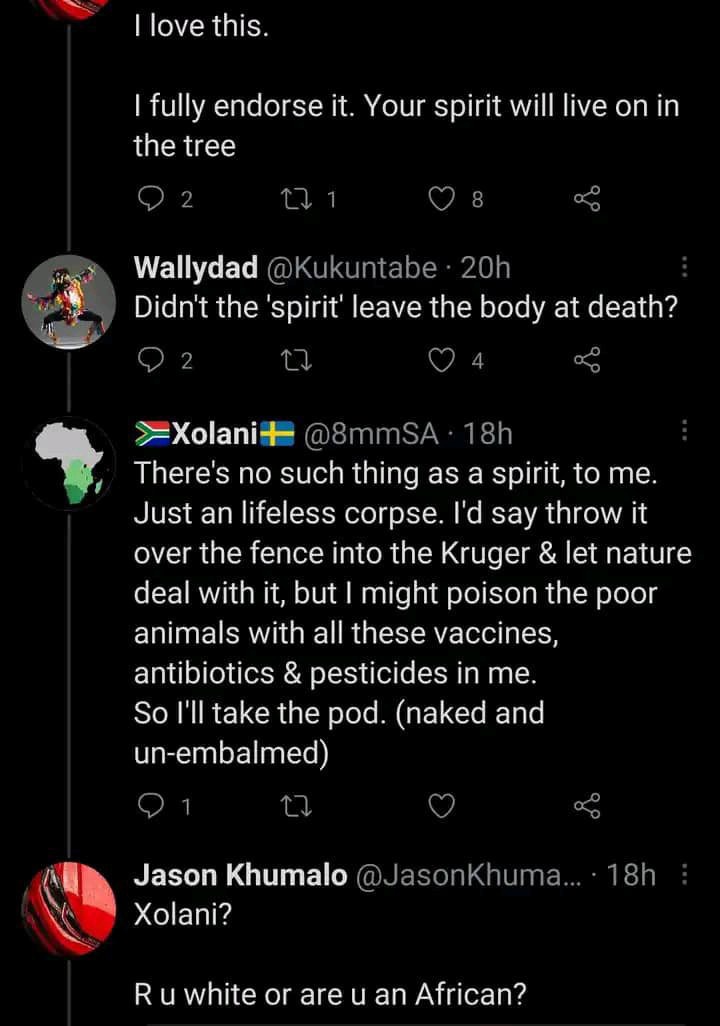 Surprisingly, an account known as "Crazy Professor" decided to lecture people on why he believes the entire image is perfect. This is the message he conveyed. 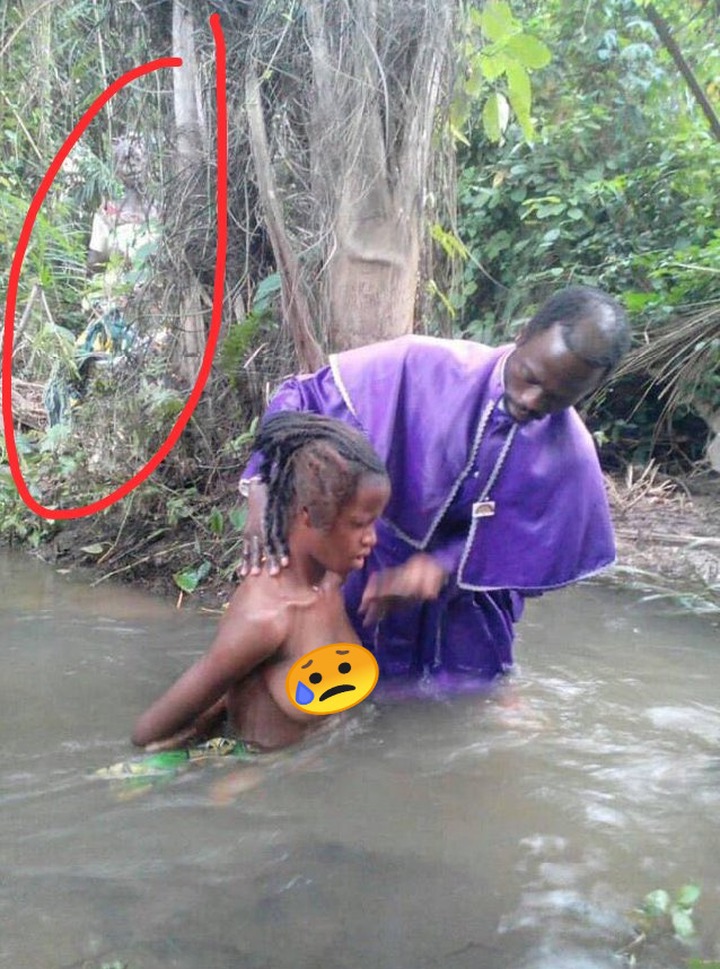 Considering his submission, can I assert that we should no longer view smoking as a bad thing simply because the Bible makes no mention of it? At times, you simply have to make the correct choices. The absence of something from the Bible does not make it incorrect in light of its nature. That is all I have to say about it. What are your thoughts on it all?