By Maringozen (self media writer) | 28 days ago 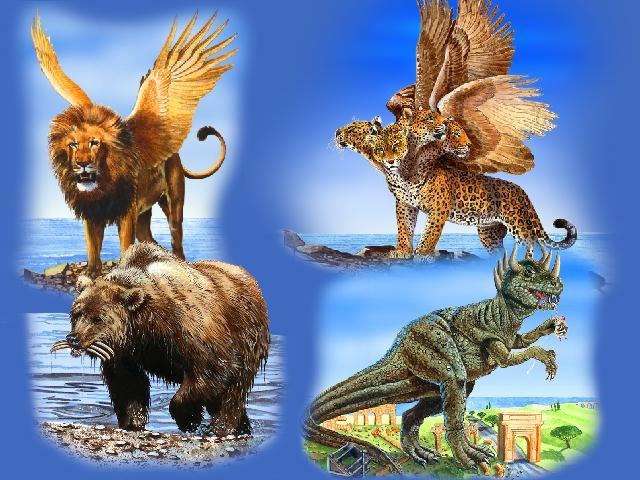 In his reign of King Belshazaar of Babylon from 607-539. The old Daniel was sleeping, when he saw a vision of 4 Beasts coming out of the sea that became world kingdoms. In his vision he even saw when the son of God was given authority by his father to destroy those kingdoms and rule them.

Let us see how the scholars of Bible tried to figure out the meaning of those 4 Beasts that changed history of the world.

FEROCIOUS AS A LION, QUICK AS AN EAGLE 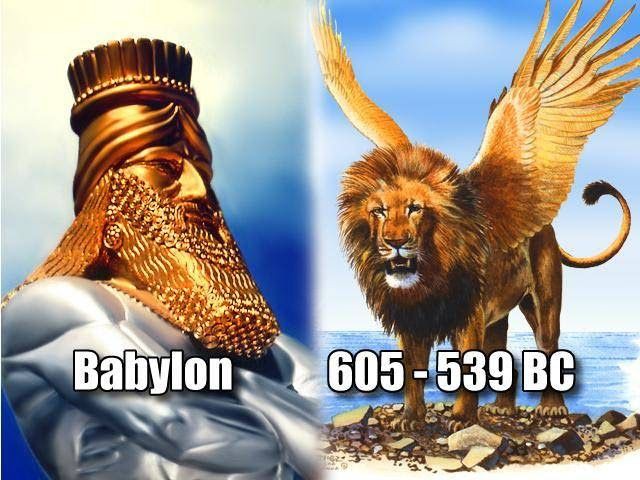 In his fear and shock Daniel explained that he saw a first beast that looked like a lion arising from the ocean it had the wings of an eagle. Daniel kept on beholding until its wings were plucked out, and it was lifted up from the earth and was made to stand up on two feet just like a man, and there was given to it the heart of a man. This beast pictured the same rulership as that represented by the head of gold of the immense statue. It represented Babylon due to its strength of defeating powerful nations like Assyria. Habakkuk 1:6-8.

As time went on the lions feathers were plucked out. The feathers that made it to be volatile were no more as a result it became weak to attack nations. Near the end of King Belshazzar’s rule, Babylon lost its speed of conquest and its lion like supremacy over the nations. During that time of distress and demise of power it was attacked by Medopersia.

﻿Voracious As A Bear 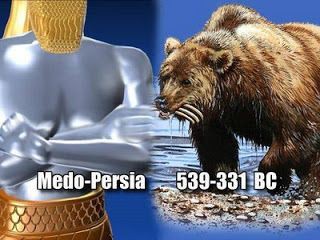 After the beast that looked liked a lion was devoured by the bear. The bear showed signs of strength and power. This 2nd beast had one side it was raised up, and there were three ribs in its mouth between its teeth; and this is what they were saying to it, ‘Get up, eat much flesh.’” (Daniel 7:5) The king symbolized by the “bear” was the very same as that represented by the silver breasts and arms of the great statue—the line of Medo-Persian rulers (539-331 B.C.E.) starting with Darius the Mede and Cyrus the Great and ending with Darius III.

The bear was so greedy that it attacked three powers of Egypt, Asia Minor and Thrace. During his reign King Cyrus was able to free Jewish people to Jerusalem. Other Medopersian kings helped in the building of Jerusalem temple. Medopersia empire had 127 provinces that covered Ethiopia to India during King Ahasuruisd(Xerxes I).

SWIFT AS A WINGED LEOPARD 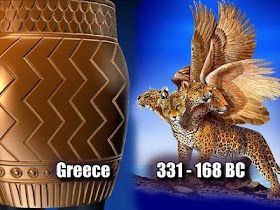 The four-winged, four-headed leopard symbolized the Macedonian, or Grecian, line of rulers starting with Alexander the Great. With the agility and speed of a leopard, Alexander moved through Asia Minor, south into Egypt, and on to the western border of India. (Compare Habakkuk 1:8.) His domain was greater than that of the “bear,” for it included Macedonia, Greece, and the Persian Empire.

His attack was so massive that even his forces wanted to take a rest. But greedy in him wanted more. He then by surprise became very ill at the age of 32 years he died. Then his kingdom was separated by his four generals.

A FEARSOME BEAST PROVES TO BE DIFFERENT 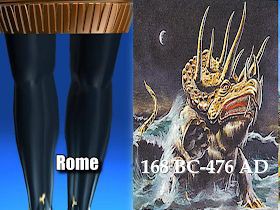 This fearsome beast began as the political and military power of Rome. It gradually took over the four Hellenistic divisions of the Grecian Empire, and by the year 30 B.C.E., Rome had emerged as the next world power of Bible prophecy. Subjugating everything in its path by military force, the Roman Empire eventually grew to cover an area that stretched from the British Isles down across much of Europe, all the way around the Mediterranean, and beyond Babylon to the Persian Gulf.

Roman Empire was so great that even its rule was imposed by Catholic Church. Constantine became so influential in the ruling of the Roman Empire.