Is Cyril right in his assessment of the people who showed up for the tavern tragedy's mass funeral?

Do you think it was appropriate for Ramaphosa to attend the burial of the many people who died in the Enyobeni tavern fire?

Whether or not President Cyril Ramaphosa should have attended the mass funeral for victims of the Enyobeni bar disaster has stirred heated debate. 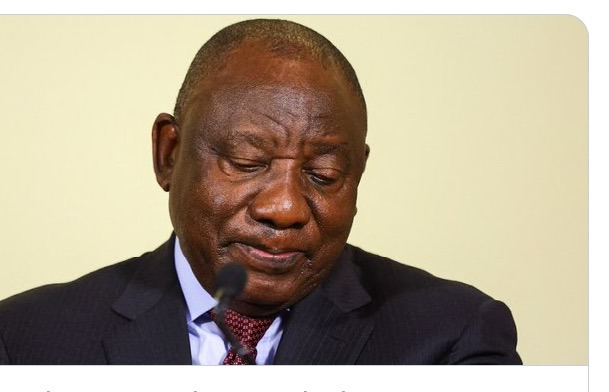 On Wednesday, Ramaphosa will travel to East London to pay his respects at the funeral for the 21 young people who perished at the bar in Scenery Park last month.

At a "pen's down" party to mark the end of the school year, 12 girls and 9 guys unexpectedly died.

No. Those children's parents and guardians failed them, and the children also failed themselves. It would be understandable if they perished in a traffic accident, a classroom, or a residence, but if they starved to death, it would be a tragedy. We can't go sing the failure's praises. What the heck is this? Yes, as president, he is allowed to go; let's be reasonable; he is not responsible for what happened here; yet this is a major crisis. Get the politics out of this.

Crimes such as homicide, rape, kidnapping, and hostage-taking are all too common here. We have load shedding and sky-high prices. Once again, we see egotism at its worst. There's no use for him to be there because he can't help the victims. The same as the group of lawmakers who stopped by the inn the day before. Why? What is the use of it? is covering the costs of the mass burial, or he is only going in his capacity as President. That funeral is not something he should go to, ever. Never. When it comes to helping South Africa's youth, he's been useless. Put simply, don't.

Could this be a publicity hoax, or did he actually witness what happened in Marikana? It's a trick to pretend that a funeral is for a deceased person by paying respect to their empty casket. You've been had, went. After-trance cosmetics, if you will. People should quit pretending to be political party leaders just to score political points, and families should stop doing it to show their support for those leaders. Their closure provides a respectful space for mourners. Forget about the politics for a moment; this is a sad time. I don't see a problem with the president being present to express his condolences to the families of the slain children. That funeral couldn't have had any uninvited guests. Attendees show up to lend them moral support.