By AllAfricaNews (self media writer) | 14 days ago 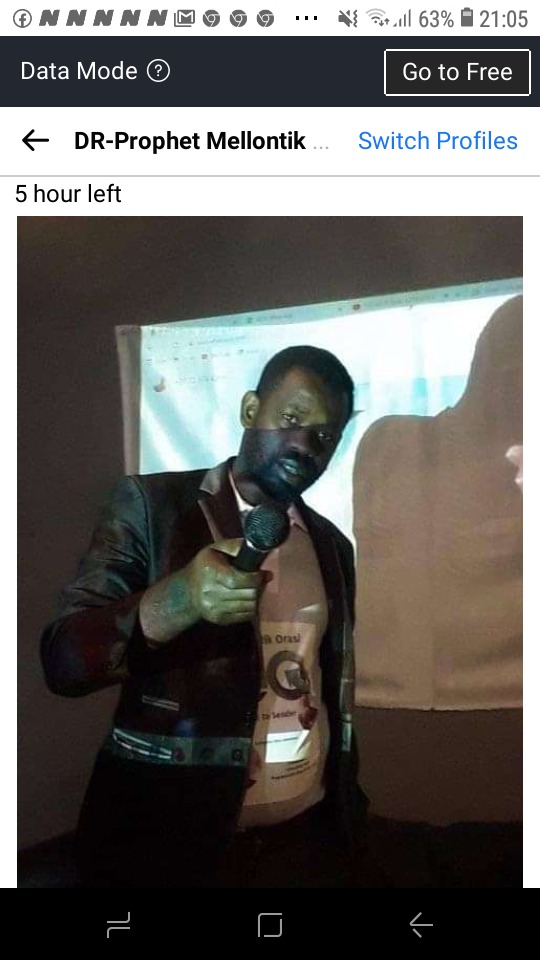 who hails from Southern Africa who prophesied death of Shona Ferguson and other powerful prophecies has today released a powerful word of prophecy concerning different countries,in his 3/4 paragraph of prophecies he touched Swaziland,South Africa and Zambia in prophecies.

Mellontik Orasi the man of the moment released on his Facebook profile prophecies that are a bit of relief to masses ,for South Africa he said the economy is turnaround;he also prophesied death of a apartheid hero who fought to liberate South Africa,he said also a powerful couple so prolific shall divorce,notwithstanding Mellontik Orasi spoke about Africa getting youthful leaders in elections;The one that pulled traction is the one concerning Swaziland;The prophet said democracy is coming to Swaziland.

Mellontik Orasi is a powerful voice to head to a man who misses not in prophecy,he is always sparking greater inclination in Christianity.

Read link below for full information 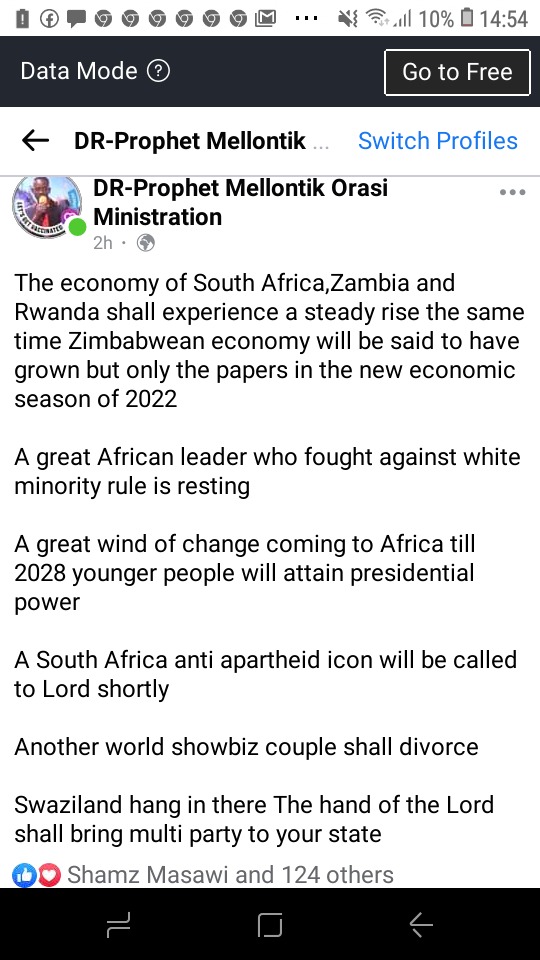