Deliverance May Be Only A Prayer Away

By MphoMM (self media writer) | 1 year ago

"When the chariot commanders saw Jehoshaphat,they thought,'This is the right King of Israel.' So they turned to attack him,but Jehoshaphat cried out, and the Lord helped him.God Drew them away from him." 2 Chronicles 18:31 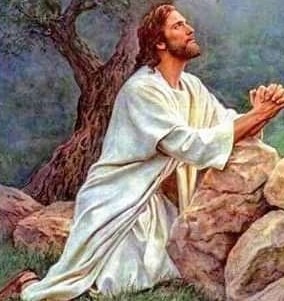 The kingdom of Israel had divided into 2 kingdoms, Israel and Judah. While these kingdoms were often at odds, they did join together to fight Aram.

Judah's King, Jehoshaphat, was known for being a righteous King, but this was not a trait that could be used to describe Israel's wicked King, Ahab.

Even though the prophet Micaiah had foreseen doom for Israel and the death of Ahab, the two nations had a common enemy in Aram, so it seemed to make political sense to go into battle together.

As a precaution against the prophecy of his own death, King Ahab shrewdly suggested that he remain in disguise as a soldier, while Jehoshaphat enter the battle in a king's full regalia.

Even those of us who've never entered a battlefield would know that the enemy army is going to want to take out the leader.

If the king is leading his army, he is the primary target. But Jehoshaphat agreed. And sure enough, when the enemy attacked, they went after the only king they saw.

But Jehoshaphat prayed, and God protected him. And in keeping with the prophecy, a stray arrow found the chink in Ahab's armor even though he was disguised as a mere soldier.

Always cry out to God in your desperate moments, remembering that DELIVERANCE IS OFTEN ONLY A PRAYER AWAY.

Lord, I pray You would strengthen my faith so that I will not give up praying in the heat of the battle of opposition from the enemy. I pray You will bring total deliverance to me from any strongholds the enemy may be trying to erect in my life right now. Enable me to stand strong in prayer, praise and worship, giving thanks for Your presence and delivering power on my behalf. In Jesus' name I pray, amen. ❤

Content created and supplied by: MphoMM (via Opera News )

KZN: Check how many guns were found during the crack down by the police on mass murderers