'See Who The Anti Christ Is And The Nation He Is To Come. As Explained From The Book Of Revelation

By TheMice (self media writer) | 7 months ago

What knowledge do you have of the Anti-Christ?

Is it possible that it's Satan? Or do you believe this is a boy who is a reputed devil's offspring? Maybe he's a doppelganger for the devil, with the devil's flesh coursing through his veins as blood. Let's have a look at it immediately. The antichrist is mentioned in the book of Revelation, and since Daniel is a beast, we can deduce that the antichrist is someone who opposes Christ based on the name "antichrist." Jesus is compassionate and loving, and is regarded as God's lamb. As a result, the Anti-Christ will represent the polar antithesis of love and decency. What is the identity of the anti-Christ, and where did he originate?

According to the Book of Revelation, the Antichrist is predicted to emerge from the sea in the form of a beast.

New International Version (NIV) of Revelation 13:1: "And the dragon stood on the water's edge.... Revelation 13:1, King James Version (KJV): "And I stood on the sea's sand and saw a beast rise up from the sea, with seven heads and 10 horns, 10 crowns on his horns, and the name of blasphemy written on his heads. 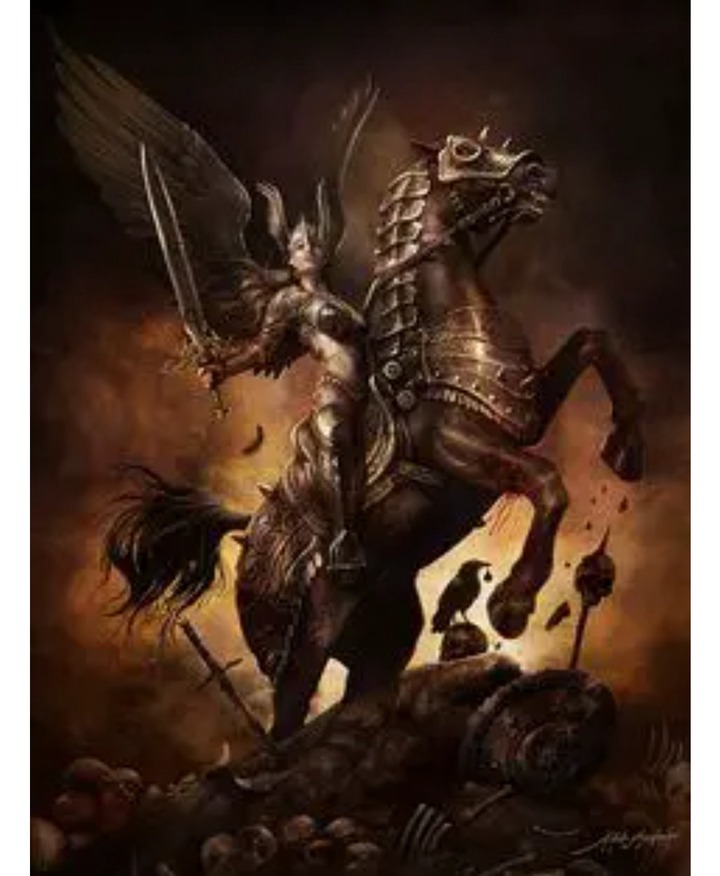 "And he says vnto me, The rivers which thou sawest are races, multitudes, countries, and tongues, where the prostitute sits," says Revelation 17:15 in the King James Version.

From a multitude of Gentiles, the beast of the latter days is about to appear. Now, if the beast emerges from the countries, we can assume that the beast will emerge as a human being, rather than a terrifying beast of some kind. The anti-Christ is referred to as the "man of lawlessness," the "son of destruction," who will lead the world in revolt against God in Thessalonians 2:3-10, reinforcing the inference that the beast will be a man.

In addition, the ten horns on the head of the beast mentioned in the revelation are a symbol of strength. Animals' horns are referred to as their weapon, which quickly became a description of might. The ten horns and (or) crowns, however, may indicate the fact that the Antichrist will arise from ten kingdoms, as found in "Daniel 7:16-24." According to some Bible scholars, the seven heads represent seven kingdoms, with Christ's dominance over those kingdoms symbolised by the crowns on their heads. That suggests Christ will be a dictator of some sort, a well-known dictator of the Great Kingdom. The anti-Christ, like a leopard, will be a powerful figure with cunning and speed (Daniel 7:6). With his position as ruler of a vast and strong kingdom, the Antichrist would command a massive army. Let us not forget that the Antichrist is known for his "words," that is, his willingness to speak his way into and out of issues.

2 And the beast that I saw had the appearance of a leopard, with the feet of a bear and the mouth of a lion, and the dragon gave him power, as well as his seat and tremendous power.

The Antichrist will have the ability to execute fake miracles in the end times. In order to establish that he is God, he does this. He'll most likely be able to revive the dead and walk on water, as well as cure the sick and even spew out flames. All of this will be used as a pretext to persuade people that he is the second coming of Jesus. People have the ability to believe in themselves and make a difference. The well-known mark 666 is already well-known and well-publicized as an even mark. The question now is why would somebody take a mark they know is bad? My opinion is that the label will not be seen. Nobody awards a recognised mark of badness to anyone who recognises it. The Antichrist will devise strategies to turn our minds against us and undermine our religious underpinnings. After reading that, I'm sure you've replied no, and you've asked if I should pray in Jesus' name. However, the difficulties, the name of Jesus, and the prayers may not be sufficient in this case.

In Matthew's gospel, Jesus mentions a period of time. A period marked by extreme tribulation;

For then there will be great tribulation, such as there has never been, nor ever will be, from the beginning of the cosmos to the this day. It wasn't simply Jesus who accomplished it; a number of God's other men did as well.

"Daniel 12:1 states, "At that time, Michael, the mighty prince who watches over your people's sons, shall stand up; and there shall be a time of turmoil like there has never been since there was a country, even until that time." And at that time, any of your people who are mentioned in the scripture will be delivered.

Moses prophecies in Deuteronomy 4:39, the beginning of God's relationship with Israel, that the Jews will turn to Him in the latter days because of this tribulation and seek Him with all their hearts.

"Alas, for that day is fine, so that none is like it; it is likewise the time of Jacob's suffering," Jeremiah 30 states of this period (v. 7).

The Tribulation is a period of time in which God will prepare the Jewish people to welcome the Lord Jesus Christ and deliver Israel from it. This chapter clarifies the situation.

Matthew's novel is about a man named Matthew, who is a writer.

22 And if those days had not been shortened, no flesh would have been saved; but those days will be shortened for the elect's sake. Matthew's verse is 24:22.

This verse raises problems because, if a time of suffering is to come, this verse implies that the time of affliction will be so horrible that no one will be spared if it is not reduced. However, it will be cut to seven years, which is a welcome relief.

The last seven years of God's connection with the nation of Israel are taken up to a final crisis and preparation for the arrival of their Messiah, the Lord Jesus Christ. We know this because the nation of Israel is linked to the Great Tribulation in a number of passages.

Isreal is the country that represents all nations. At the start of the great tribulation, a seven-year period of horror, God would stop dealing with the world.

Thank you for taking the time to read; the subjects discussed here can be used to make positive growth and make critical judgements. Please leave a comment below and spread the word about this article to as many people as possible.