Pretoria - President Cyril Ramaphosa will partake practically in the significant level General Debate of the 76th Session of the United Nations General Assembly (UNGA76) beginning on Tuesday, the Presidency has said. 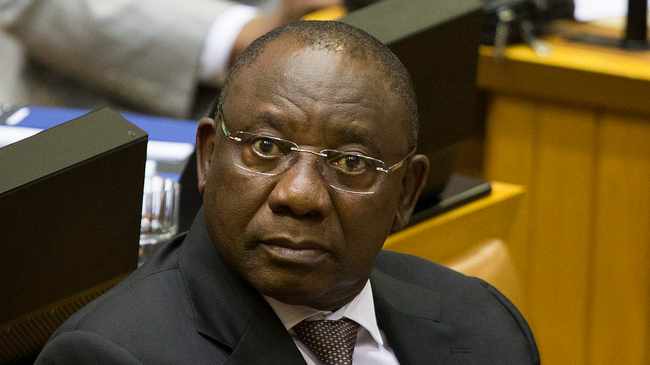 The UNGA76, which will run until September 27 is being held under the topic: "Building flexibility through trust – to recuperate from Covid-19, remake reasonably, react to the requirements of the planet, regard the privileges of individuals, and renew the United Nations".

The Presidency said because of difficulties emerging from the Covid-19 pandemic and the size of the occasion, the General Debate and High-Level Meetings of UNGA76 will be held in a crossbreed design consolidating face to face and virtual cooperation.

"The overall issues that are relied upon to be predominant and of significance to South Africa during UNGA76 incorporate recuperation from the Covid-19 pandemic; conversations on the UN Secretary-General's report named "Our Common Agenda," following the 75th commemoration of the United Nations; and the execution of the 2030 Agenda on the Sustainable Development Goals (SDGs)," said acting Presidency representative Tyrone Seale.

He said different issues on the plan remember environmental change and the impending Conference for Climate Change (COP26) to be held in Glasgow in November 2021; change of the United Nations, and harmony and security matters.

"During the General Debate, tops of the assignment are relied upon to express the places of their legislatures on effective issues that the United Nations is seized with, relating to the three mainstays of crafted by the UN framework, to be specific, harmony and security, common freedoms, and advancement."

The General Debate will likewise give part expresses a chance to raise matters identifying with needs and worries that are of a public, local, and worldwide nature.

Seale said Ramaphosa will likewise convey a pre-recorded video articulation at the Opening Plenary Meeting of the High-Level Meeting on the twentieth commemoration of the reception of the Durban Declaration and Program of Action (DDPA), which will happen on Wednesday.

The topic for that meeting on Wednesday is: "Compensations, racial equity, and uniformity for individuals of African plunge."

At that meeting facilitated in South Africa, the United Nations part states embraced a milestone plan for battling the recorded scourges.

"The 2001 affirmation encapsulates the responsibilities of the global-local area to address the tradition of the past, just as contemporary structures and indications of bigotry and racial segregation, including the affirmation that bondage and the slave exchange are an unspeakable atrocity," said Seale.

As a result of the current week's High-Level Meeting, Seale said part states will embrace a political revelation pointed toward preparing political will at the public, local, and worldwide levels for the full and successful execution of the Durban Declaration and Program of Action and its subsequent cycles.

OPINION| The love for Chamisa from the school children is overwhelming