Prophet Makandiwa's Advise To You And The World

By TheWise1 (self media writer) | 11 months ago

Prophet E Makandiwa, who is considered to be among the controversial prophets in Africa, has released this powerful message, that can help you and I. The man of God is a product of AFM Zimbabwe, he went out to start UFIC, which began then as an interdenominational gathering. When the demand for him at UFIC grew, the AFM executive board, started to have a problem with him, to a point that, he was forced to leave. So many false accusations were said towards the prophet but his response and also the fact that, he grew even more stronger till today, shows me that, undoubtedly he is a man of God. The man full of wisdom, listening to him is never a waste, see what he says below: https://m.facebook.com/story.php?story_fbid=3512899692085356&id=307901225918568 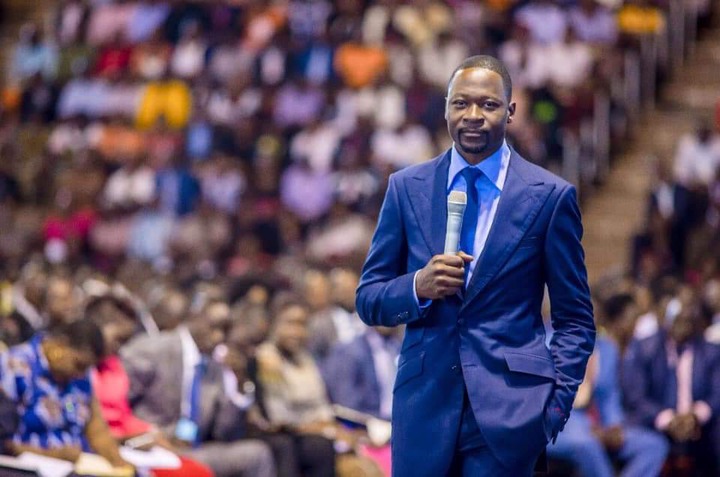 THE PRODUCER AND THE CONSUMER Refrain from hating people who have made it in life. Make your investigations. The people you hate could be very industrious. The producers’ mentality is to be creative.

If you look at the two personalities, Esau and Jacob you find out that one was into production and the other one a consumer.

Jacob produced the pottage. The product was the pottage and a consumer was supposed to be found. Jacob manufactured a product for a consumer who thought that he was also into production. Esau was cunning and an expert but Jacob was a man who was dwelling in the tents. He was a calmly person and the Bible says that he was ‘plain’, which means that Jacob was a perfect gentleman, very smart and intelligent.

Jacob worked in the tents so he owned the tent territory. It means Jacob is in control where there are tents. Esau was in charge of the fields and he went out hunting . Jacob knew that in as much as Esau was cunning , the nature of his profession demanded more energy than thinking. To be a professional hunter you have to know how to exert energy. There were no guns at that time and a hunter needed power to carry the proceeds back home. Jacob knew that his brother was a hard worker but he wasn’t smart.

Jacob predicted that Esau was going to come back empty handed, with no profit . He then manufactured a product that he knew Esau was going to buy. He knew that Esau wasn’t going to be fruitful. Upon arrival at the tents , a territory which belonged to Jacob , Esau was famished , almost fainting and what he needed the most wasn’t a shower but something to eat. Jacob also ate his own product but he wasn’t fainting , he wasn’t hungry . When Esau asked for the pottage , Jacob knew that it was time for selling. Jacob was waiting for the time when his brother was fainting . How can someone who specialize in hunting come begging for food? Jacob took advantage of the moment and asked for Esau’s birth right in exchange of the pottage.

Esau is in possession of something very valuable but the problem is that he was not determining the price. The buyer determined the price and the moment Esau took the pottage, the transaction was sealed. Esau ceased to be the first born at that moment.

Jacob was the greatest salesman you could find. He knew when to attack. He knew when the market would be ripe . When people are hungry, you determine the price. Esau sold a right, a birth right.

The producer’s mindset is futuristic , the consumer only thinks of his present circumstances. Jacob saw right into the future and desired to be the rightful heir. The only way to get there was to get a birth right from the person who was not born to become the heir. The producer look into the future not what he is making today. Esau was looking on the now, what to put now, what to drink now, things that are not necessary yet you are convinced that you need them now. That’s the consumer mentality and that was Esau’s mentality.

Go and make money and never apologize about it !

That's very powerful right, I know it is not powerful to all of us, some would rather judge the content with the appearance of the container. Proverbs says, "do not rush to speak! Listen so that, you may earn a right to be heard. Thank you, please share your thoughts on the comments below