One of Spain's bishops, Xavier Novell, 52, has announced his retirement from the ministry after falling in love with the author of a'satanic' fiction novel. 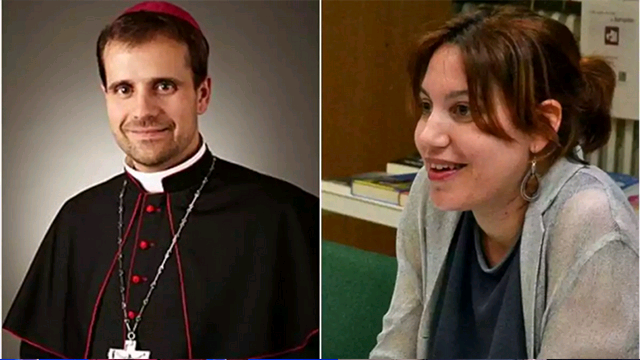 Earlier this month, Mr. Novel, a Catholic priest who was the world's youngest bishop in the year 2010, announced his decision to step down. Due to personal circumstances, he has decided to leave God's ministry. Novell and Silvia, the author, according to a popular Catholic newspaper, Religion Digital, are in a relationship, according to a report.

After being questioned about his connection with Silvia (the author of the pornographic trilogy Amnesia and the novel The Hell of Gabriel's Lust), Xavier made it plain that he had "fallen in love," and that he "wanted to even do the right thing" when he was asked about it during the interview.

It is the book "The Hell of Gabriel's Lust" that we are talking about here that goes in-depth into occultism and sadism, and it covers the raw fight between good and evil, God and Satan, and even angels and demons.

Indeed, according to many stories, the pope himself was persuaded by Xavier to undergo an exorcism in order to "release his tormented soul," but Xavier refused to go through with it.

He has previously been under fire for his ties to so-called "gay conversion therapy," which is a form of treatment that is used to convert homosexual men. A wedding between a lady and one of the young men who attended the "therapy" was held without the backing or agreement of the local priest or even the bride's parents, and he was harshly criticised for doing so.

He has also been an ardent advocate of Catalonia's right to self-determination. Among those who expressed support for Xavier's resignation were two former ministers from the separatist Catalan administration, both of whom were imprisoned on sedition charges at the time.

Unfortunately, a priest who should be held up as an example is acting in ways that are contrary to the norms of a priest and committing such crimes against humanity.