Bishop Makamu is a preacher and television figure from South Africa. He is the founder and senior pastor of South Africa's well-known Endless Hope Bible Church. He's also an author and reality TV star, whose presence in the reality show I Am Bishop I Makamu surprised viewers. The cleric has also gained notoriety as a motivational speaker and life coach, who is recognized for giving advise to his many social media followers. Makamu is also well-known for his work as a relationship coach and consultant. 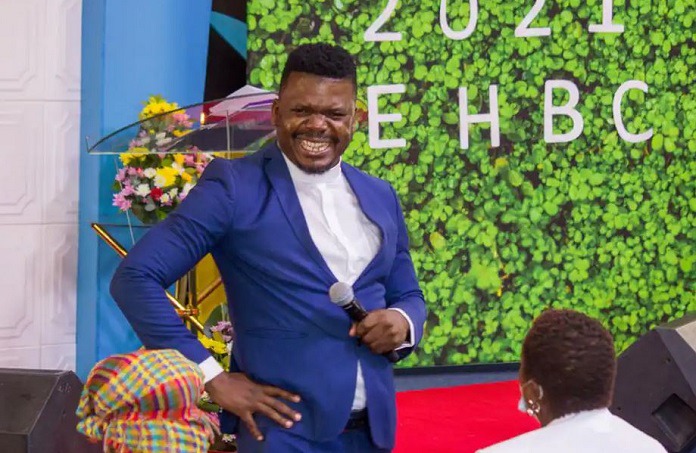 Despite the fact that many people admire Bishop Makamu as a pastor and life coach, he is also recognized for being a divisive figure who has made news for the wrong reasons on several occasions since he began his career. He's also ruffled a few people's feathers, making him one of South Africa's most criticized and talked-about pastors. Details regarding Bishop Makamu's profession and personal life are undoubtedly fascinating to read.

Bishop Makamu Was Born In Gauteng

Bishop Makamu was born in Katlehong, a big township in South Africa's Gauteng Province. His full name is Bishop Israel Makamu. Because he has refused to expose his own age to the general public, the pastor's true age remains a secret. He is now in his 40s, according to reports. Bishop Makamu was raised in Katlehong, which is remarkable.

Makamu grew up in a devout household. Because his father, Titus Makamu, was a pastor, the young Makamu was taught the Bible and Christian principles from an early age. Makamu loved his father dearly and was devastated when he passed away in 2017. Rophinia Makamu, Makamu's mother, is still involved in the church today.

He Began Preaching While In Secondary School

Bishop Makamu, of course, grew up under a lot of pressure to be entirely honest, especially because of his father's standing as a "Man of God." Because his father was a preacher, Makamu was expected to be a decent kid, yet as a child, he disliked church activities. As a child, he was not rebellious or unruly, but he was hesitant to participate in church activities as he should have.

When he started secondary school, though, things began to alter. He turned a new leaf and got obsessed with church activities while he was there. He became so committed in the church that he began preaching and praying for pupils. His reputation as a "young preacher" quickly spread across the institution, earning him the moniker "Bishop," which he still bears today.

Bishop Makamu already knew what he intended to do with his life when he graduated from high school. He knew he wanted to be a pastor, so he enrolled at a Bible school and began studying theology. He eventually went to South Africa to study at the Christian Family Church International Bible College. He was ready to share the gospel all over the world by the time he graduated.

Bishop Makamu, on the other hand, has always claimed that his gift of preaching is inborn and comes effortlessly to him. He didn't get it through Bible school or college. He just attended Bible school to hone his God-given abilities.

The Pastor Worked Briefly In The Corporate World 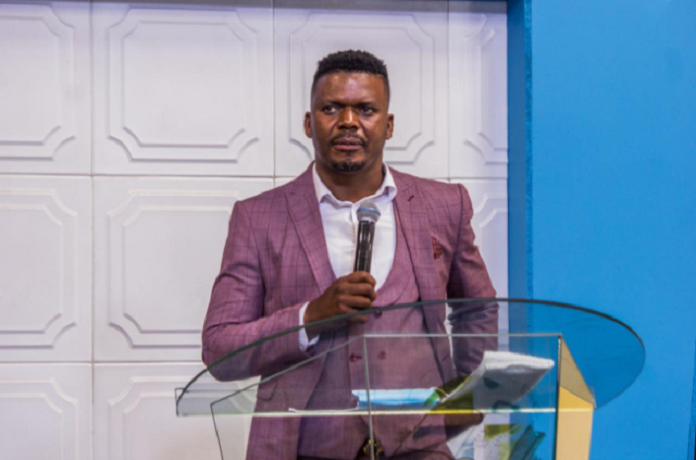 Even though Bishop Makamu attended Bible school and was committed to share the gospel, he did not immediately begin his pastoral job after graduating from Bible school. Instead, he worked in the business sector for a while.

According to sources, Bishop Makamu worked as an operations manager for a corporation for a short time before returning to full-time church work.

He Is The Founder Of Endless Hope Bible Church

Bishop Makamu returned to the church full-time after a brief stint in the corporate world. In South Africa, he started his own church, the Endless Hope Bible Church. He didn't start flying right away, as he just had a few people attending his church. However, as time passed, things changed, and membership grew by leaps and bounds.

The Endless Hope Bible Church has developed to the point where it now has 14 branches across South Africa. He is adored by his congregation, who appreciate his unique preaching style. He is also down to earth, revealing that he, like his 84 employees distributed among his 14 churches, receives a wage.

Bishop Makamu has since gained a large following in South Africa. Not only has he gained notoriety as a preacher and as the owner of a church. The pastor is also involved in the entertainment sector in South Africa. Bishop Makamu, in fact, is a well-known TV show host and reality TV celebrity. He is the host of Rea Tsotella, a South African television show. Moja Love, a DStv channel, broadcasts the show.

On the broadcast, the preacher demonstrated his magnetic personality, garnering a large number of fans and lovers for his work. I Am Bishop I Makamu, the cleric's own reality show that airs on Moja Love, is also a hit. Bishop Makamu created the show, I Am Bishop I Makamu, to show his fans the hardships he confronts as a pastor and as a man behind the scenes. His day-to-day activities, including his family life, were the focus of the show.

The Pastor Is Also A Businessman

Bishop Makamu is a business owner who gets money from other means in addition to being a pastor who preaches the gospel to thousands of people on and off the pulpit. According to reports, the preacher is the owner of a funeral home.

iMakamu funeral home is the name of Bishop Makamu's funeral home. The pastor started the service in 2013, and it now runs within South Africa's boundaries. South Africans can choose from a variety of funeral services provided by the company.

Bishop Makamu was embroiled in a scandal in 2021 that threatened to derail his ministry. A incriminating recording of him was released, in which he was heard requesting a lady for sexual favors, which sparked the scandal. The pastor was heard in the recording, which went viral in South Africa, requesting the lady to give him anything, which may be read as him begging for sexual favors.

To make matters worse, in May 2021, the pastor was dragged into yet another scandal when a former church employee accused him of sexual abuse. According to her, the pastor sexually attacked her at his office in Alrode, Alberton, east of Johannesburg, in September 2018. The claim drew a lot of attention in South Africa, especially because of Makamu's position as a pastor.

When the woman accusing Bishop Makamu of assault filed a case against him, he was jailed. The pastor was arrested and held in detention for a short time before being presented in court and freed on R2,000 bond. Bishop Makamu had major challenges as a result of the events, which threatened to damage his church and career.

Bishop Makamu has also resumed his role as host of the Rea Tsotella television show. In July, the Moja Love channel issued a statement stating that the controversial pastor had returned to the set of the popular show. Following the tumultuous scandals that nearly destroyed his ministry, it appears that all is now well for the pastor.