Those who buried a pastor alive are in hot shower, as the police make stunning arrests

Religion still continues to cause deaths to many African people. Millions of people have integrated the concept of religion highly in their lives, and is significantly impacting the way they live and view their lives. A pastor in Tanzania has tried replicating what has been alleged to have happened in the bible. The bible states that Jesus Christ rose from the dead, and went to heaven. This pastor tried to act like Jesus Christ and wanted to be buried alive, with the hopes that he will be alive after a few days. Things did not go according to plan, as he was found dead a few days later. A tragic loss that could have been avoided from the start. The police were on a search operation to apprehend those who helped him get buried, as this is a crime. 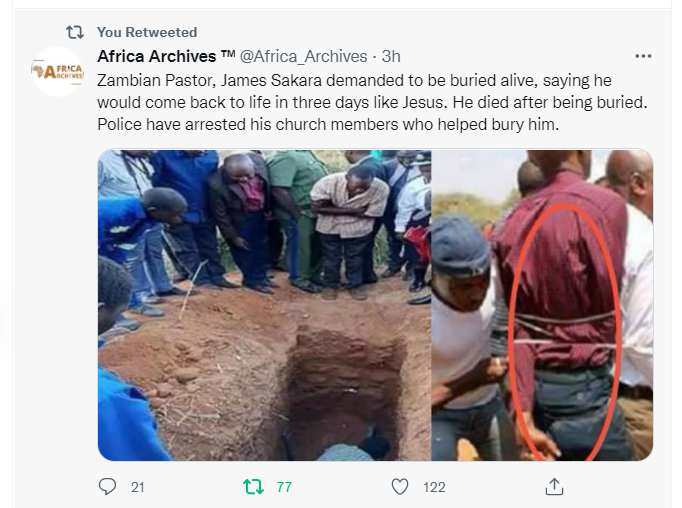 “Zambian Pastor, James Sakara demanded to be buried alive, saying he would come back to life in three days like Jesus. He died after being buried. Police have arrested his church members who helped bury him.” 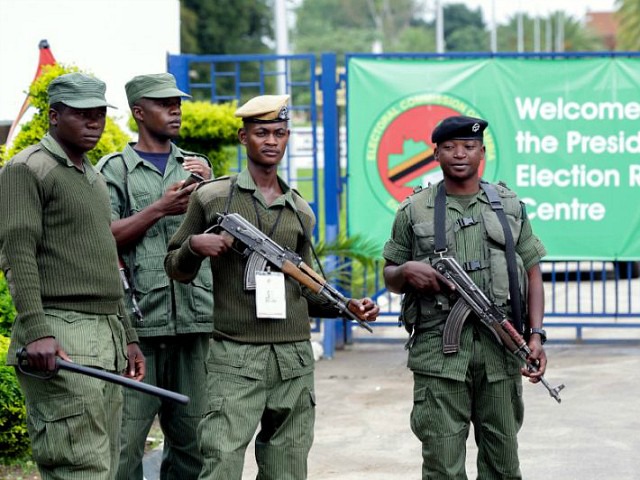 It is unfortunate that the pastor wanted to compare himself to Jesus Christ and his moves ended up killing him. His congregation is the one that buried him alive. They are now labeled as murders and the law enforcement has closed them down. It is surprising, since the pastor is old he gave a concert, and the congregation was only taking instructions from the pastor. The police have opened a murder case, and anyone associated with the murder has been arrested. Practicing religion differently can ultimately lead to crime. 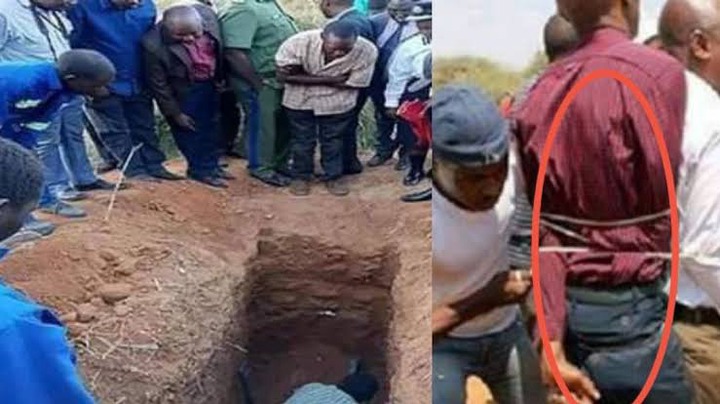 Medical facts can point that the pastor has died from suffocation. His body was deprived of oxygen for a very long time, which is essential for normal organs to operate effectively. Staying for days being buried ultimately decomposes your body, and this is what happened to the pastor, when they tried digging up the grave to check if he was alive.