They said I was happy when Joshua died, No I was not, How can I be happy when an evil man die

Sometime you would ask yourself a question why when it comes to him he should be believed, other people should be called liars. Remember Solomon was once taken by Sihle to court, you remember Sihle, the founder of Kwanele Mfundisi, who came out on Amabishop, the Mojalove show by Nimrod Nkosi as a host.

There she was criticizing exposing the synagogue church of all Nations saying that, she worked in that the church, and they used to perform illegal abortions. Now a lot of people were left shocked because she did not just exposed TB Joshua, but she also exposed Philipp Banda who is a spiritual son to prophet TB Joshua.

If people believed her and other people call her a liar, and among the people that were agreeing with her, was Solomon Ashoms. As you can see what he says here about TB Joshua says a lot about which side is he of those criticisms.

I was wondering why this same girl took Solomon to court. It was not explained what they were fighting for, but Solomon claim she was suing him for sending her threatening messages, of which Solomon called her a liar.

So if it is true that Solomon thinks that Sihle is a liar, because he even warned people to stay away from her. What about the things that she said about TB Joshua on national TV. Was she lying? or maybe Solomon chooses to believe her because he is attached to a common interest or hate of the same person.

They have a common interest on criticizing and speaking of the men of God. Both of them have that person or that hatred for the men of God, so when it comes to attacking they come together, but knowing themselves that one of them is a liar. How pathetic, so now Solomon is calling TB Joshua an evil fake man of God again and again, and I would wonder where he get his facts. What made him to conclude, that is quite confusing. 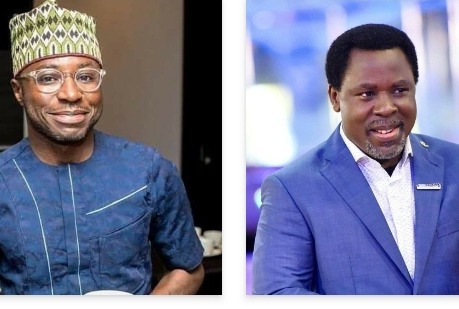 Some people said I was very happy when TB Joshua died. No, I was not. How can I be happy when an evil sinner dies.

I was instead happy because his evil has ended and it was justice for his victims.