By Rumbiekay (self media writer) | 3 months ago

As much as the wold may seem so beautiful there are still a lot of evil people who wish no good on anyone and would definitely do anything to destroy a person.

Witchcraft practice have been talked abbot for centuries and even in the bible they have been written about. Some people have fallen victims of witchcraft and of these victims not many have survived to tell the story. A certain picture of a witchcraft practice captured on a tree has send chills in the bodies of most people. https://twitter.com/danielmarven/status/1485832042394931206?t=rixqb_ZI9vaUP9eHRDZNuA&s=19 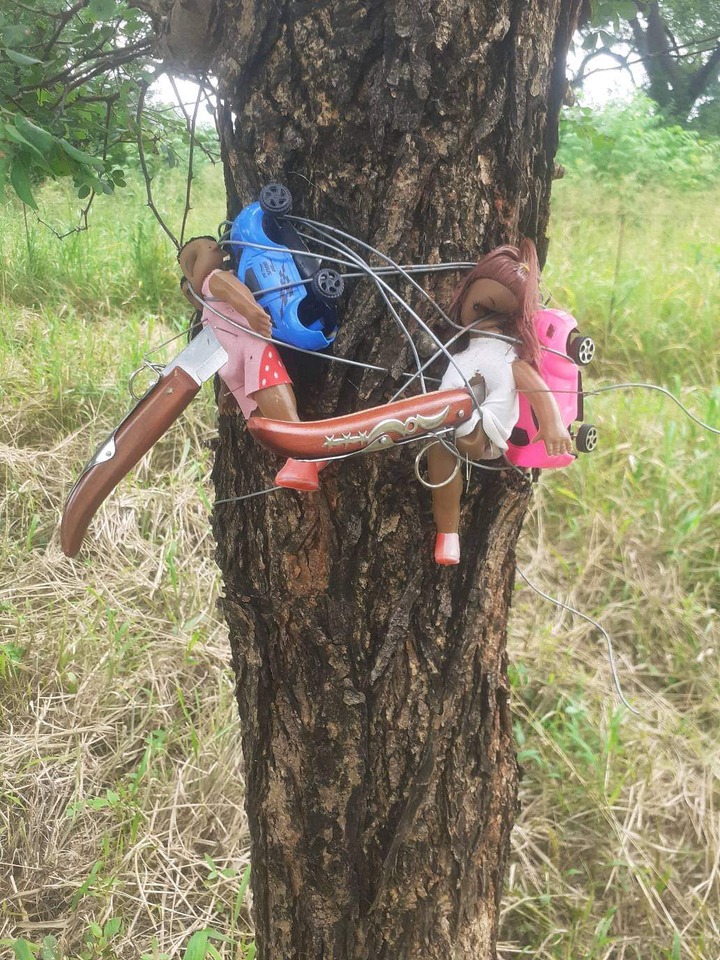 On the picture provided there were two dolls and toys of cars tied down with a wire to a tree the stabbed on the stomach area. According to sources who know well about such practices the dolls in the photo represent certain human beings. The dolls being stabbed means that those people are supposed to die and probably in a car accident as there are toy cars also tied together with the dolls. 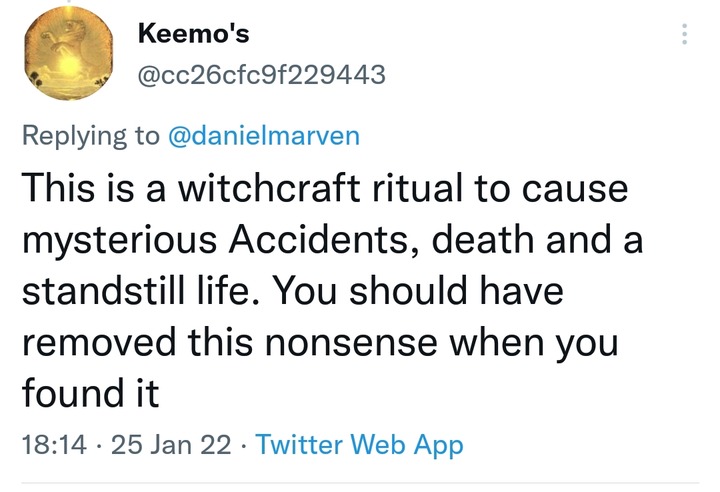 This is such an evil did and whoever did this really want these people dead. A lot of people were traumatized after seeing this as they had never imagined that someone cold be this evil.

Some people however do not believe in witchcraft and tend to think its just a ways of people instilling fear in one another therefore they assumed someone was just messing around when they put those dolls there.

"'This is witchcraft ritual to cause mysterious accidents, death and a standstill life. You should have removed this nonsense when you found it." replied a certain Twitter user. a lot of people urged the person who had found this on the tree to remove it. 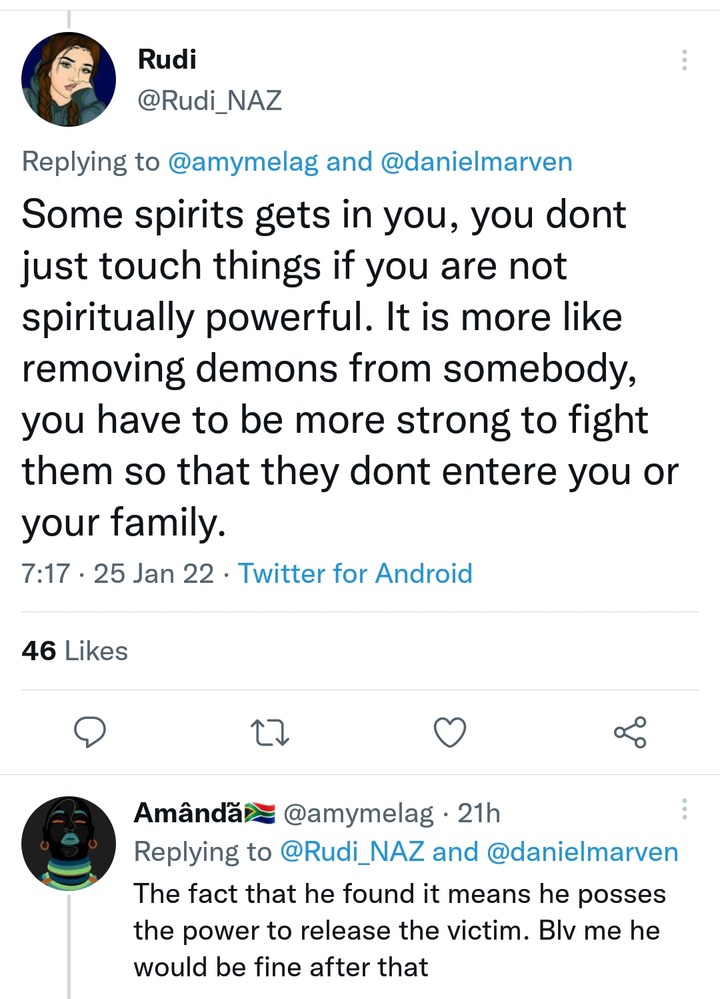 They said that by so doing they would have removed the cursed that would have been placed on the people and at the same time save their lives.